The cottage outside Bellaghy was built in the early 1800s. 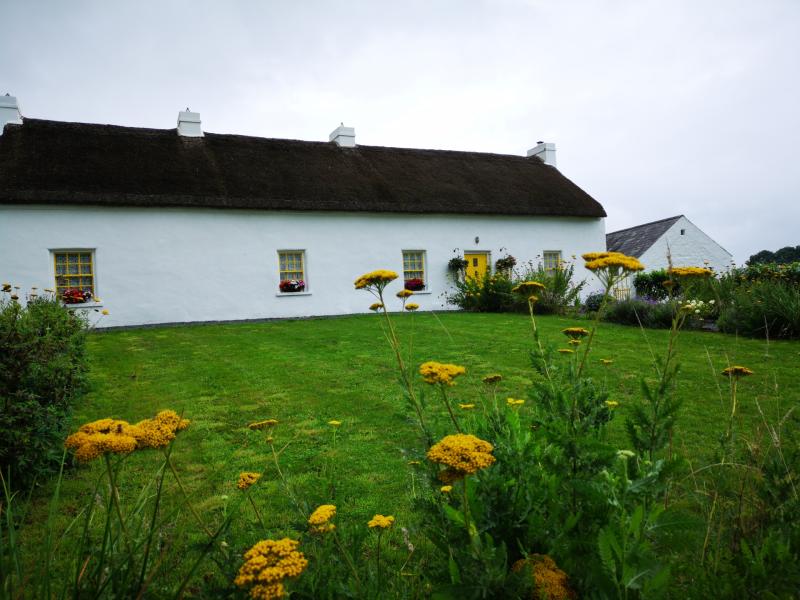 Mary McGeough is emotional as she stares out the net-curtained window at the front of her cottage on Bellaghy's Deerpark Road.

The cottage, built in the early 1800s, is set a little off the road, its whitewashed walls drawing the attention of passers-by to the point where many stop to take photographs.

Mary's aunt, Kathleen McKenna, left the cottage to her niece following her death in 2002. A formidable woman, the 93-year-old had poured a lifetime of love and attention into its four walls.

“My grandparents lived here and my father and his two sisters and brother were reared here, and then my aunt then lived here until she died,” Mary tells me.

“She worked hard in her younger life. There would have been a farm here. She milked cows and had the crops and potatoes as well.

“They didn't have a lot, and she always took great care of everything. When you grew up with very little, you watched what you did have. 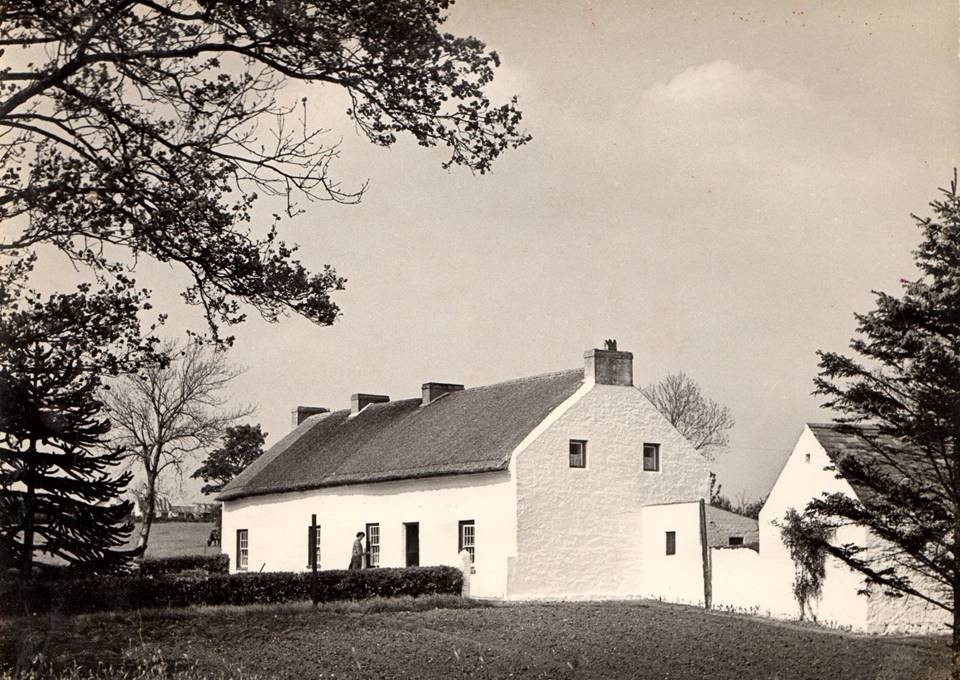 “There is a picture on the landing that a photographer took years ago, and she's cleaning or painting the windows.

“She did all of that for years. She loved the garden; it was one of her passions and she would have been out regularly weeding.

“Her and my uncle lived together until he died and she was here on her own for years. He died in 1983 and she didn't die until 2002.

“She loved the place; it was her pride and joy.”

Kathleen was known mainly as 'Katie', the name that now adorns the house, and enjoyed a special relationship with her niece Mary. 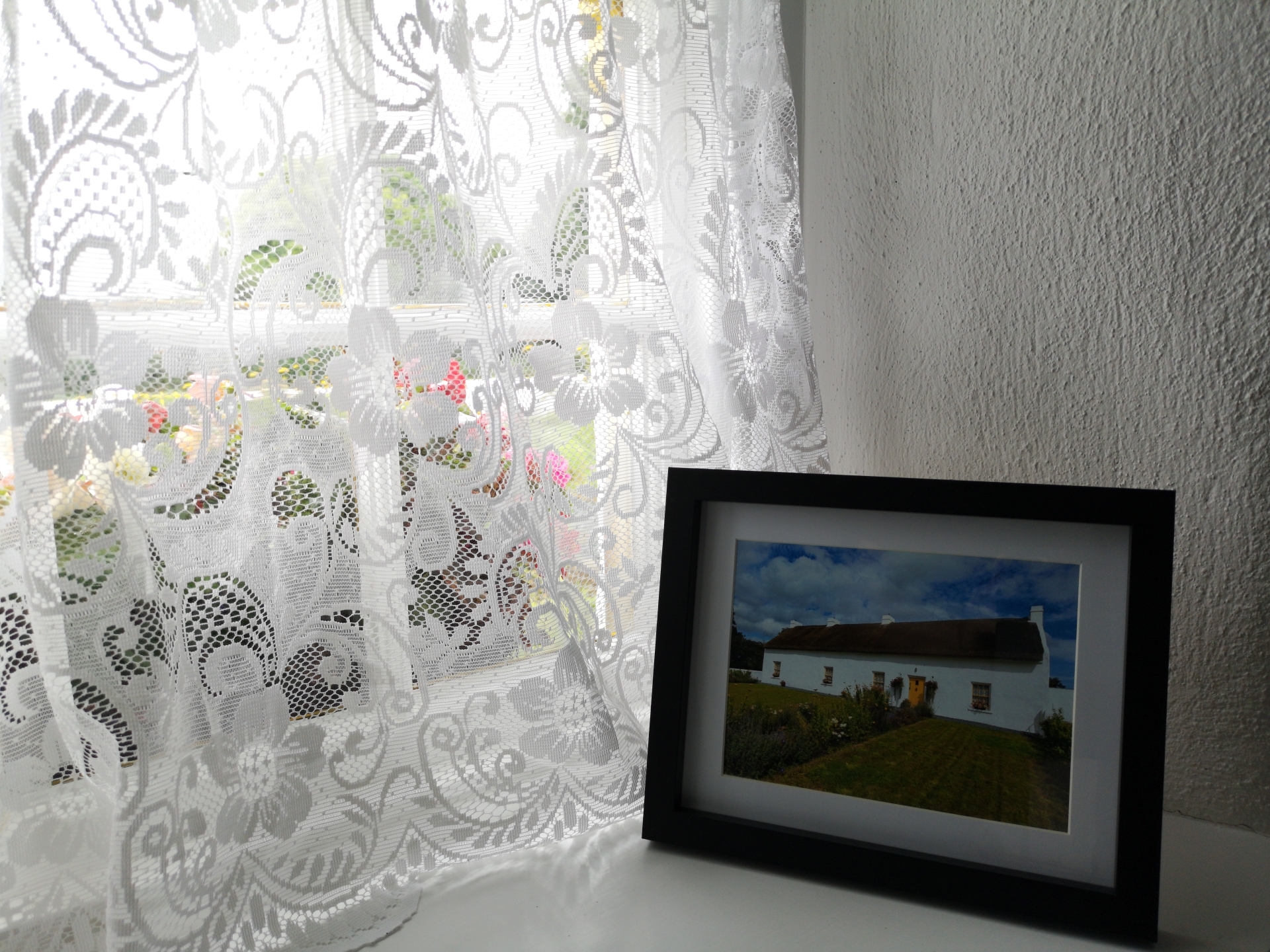 The cottage was included in what the Castledawson woman describes as a weekly visiting ritual, with the family doing the rounds of their relatives' houses every Sunday.

Even in her later years, with Katie's hearing failing her, the pair were able to share a laugh.

“We would have come every Sunday visiting her. She got very hard of hearing in her old age and we used to laugh because I'd have to repeat things several times,” said Mary.

“I would have to say to my husband to translate for me, because for some reason she could make him out, but not what I was saying!

“Her and me would have been in a wrinkle laughing that we couldn't understand each other. We got on really well together through the years.” 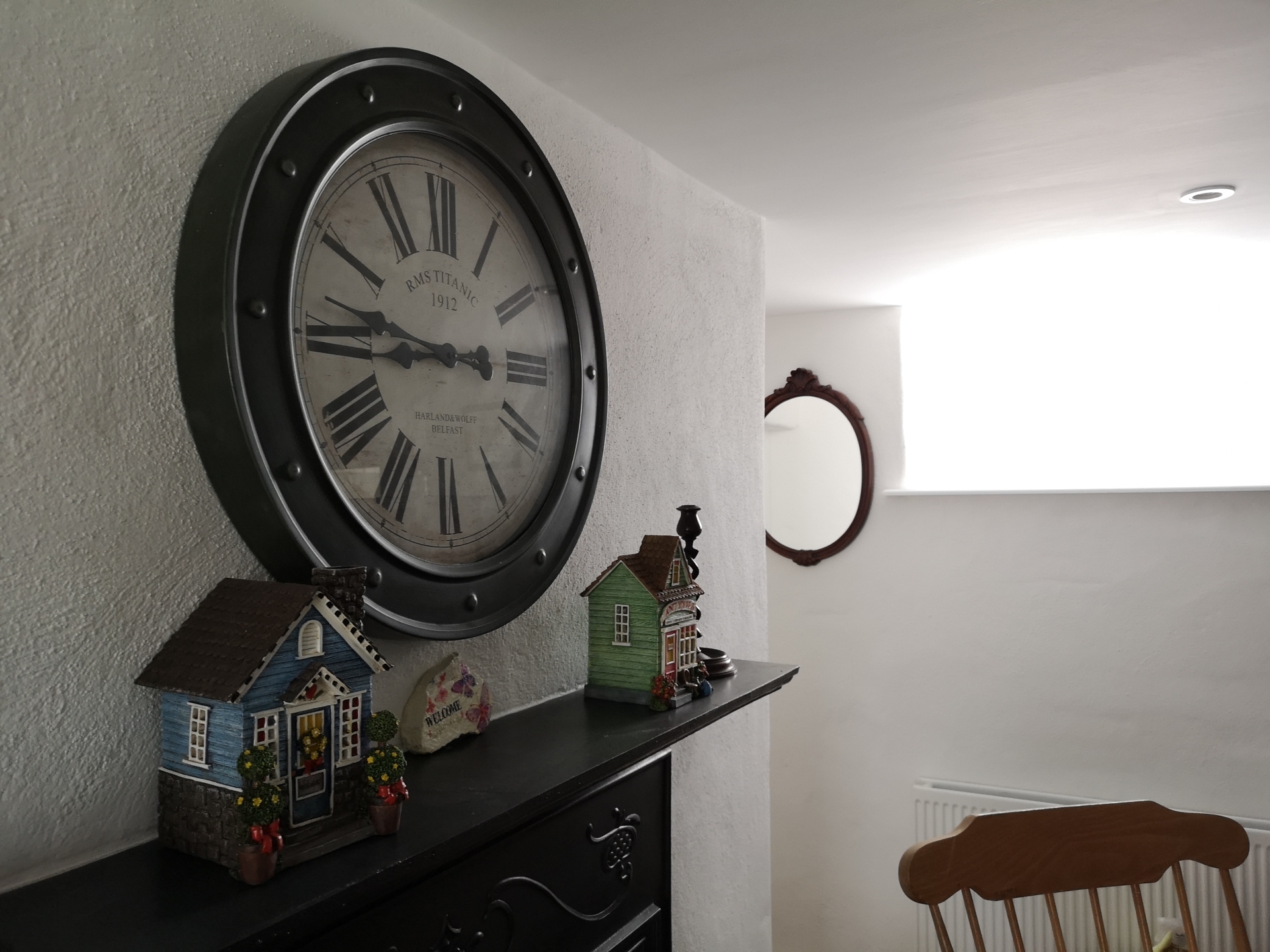 Mary's eyes turn to the light streaming through the window, a show-reel of happy moments playing in her head. She responds to a question to which I already know the answer.

“It never entered my head to sell it,” she smiles.

“I've always loved the house; there are so many memories here from throughout the years. It was always a special place, and because we had such a good relationship, it had loads of happy memories.

“It never entered my head to sell it. Every Sunday we would have come here and she loved to see you coming and to catch up and chat. She loved the company and you could have a good laugh with her.

“She'd have made tea and put the loose tea bags in to the teapot and put it on the cooker for a while. I wasn't a tea drinker, but if I was taking it, it had to be weak.

“But once she did all that, it was anything but weak, so I couldn't drink it! She liked her tea strong, but it was too strong for me.” 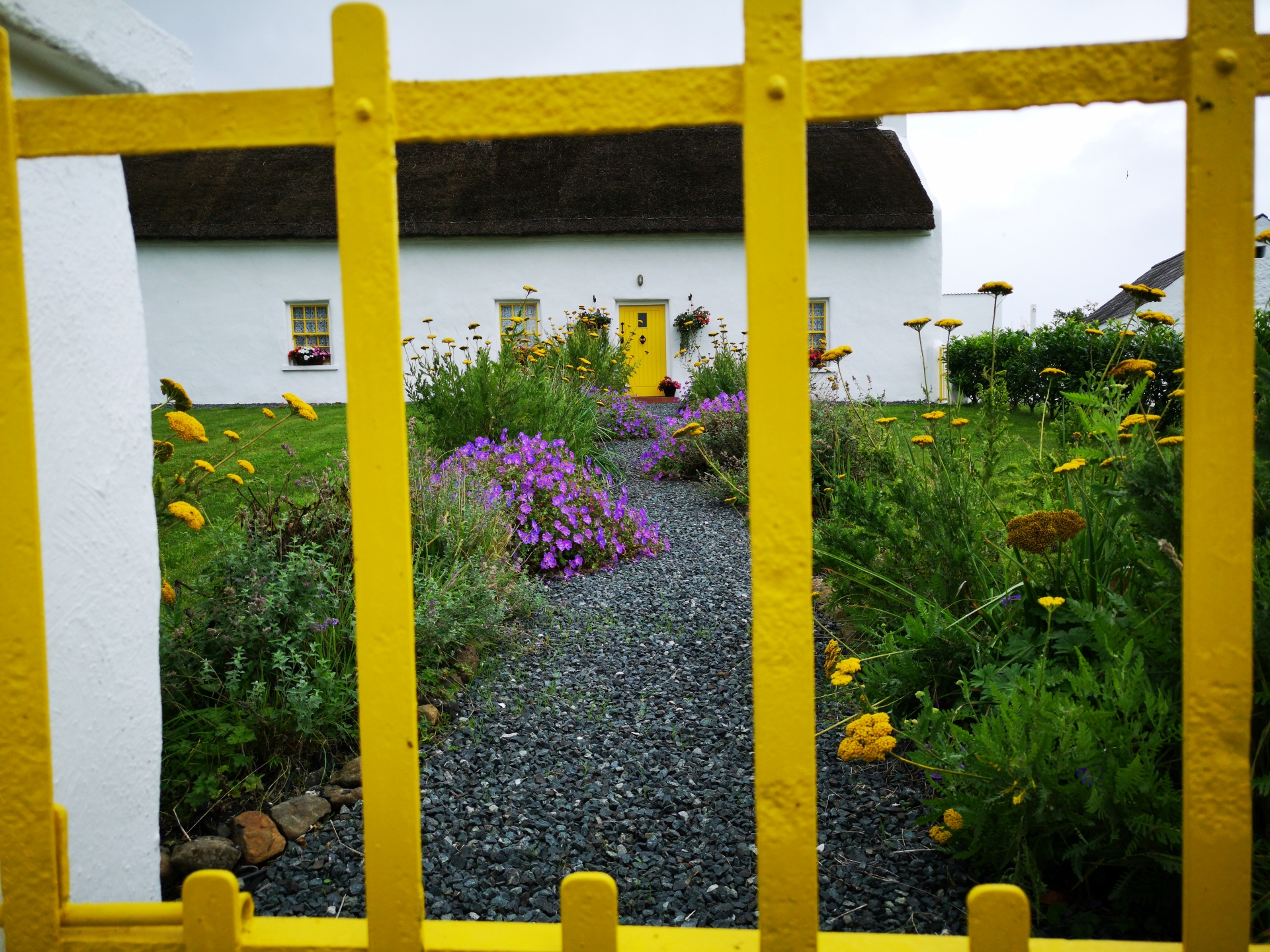 Memories though, cut little ice once the building professionals get involved.

Although in working order when she inherited, the first meeting with a listed buildings architect left her in little doubt of what was needed.

I knew it needed work. We'd met with the listed buildings architect, who said, in its current condition, we couldn't rent it,” she tells me.

“It didn't meet what the Housing Executive would have considered basic requirements. There were sloping ceilings and it was so cold as well. The kitchen was just a sink, a gas cooker and a fridge.

“We had just taken on a very significant financial commitment at that stage for our farm and were already paying a mortgage on our own house, so that prevented us from taking it on. 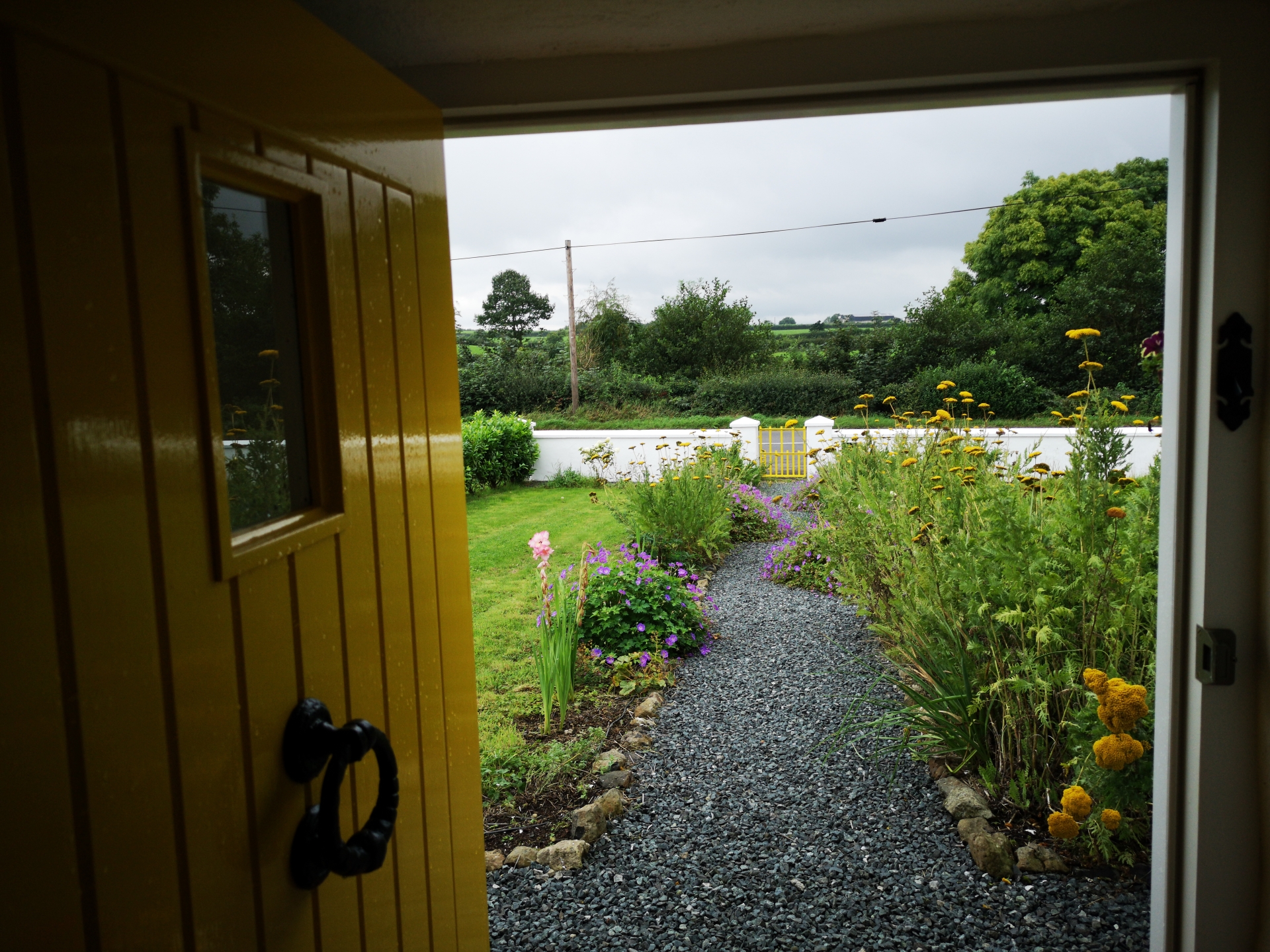 “We had to hold off, which was really annoying, because you knew the house was deteriorating and got very run down.

“When we were coming near the end of the payments for the farm, we decided we wanted to get things going on the house.”

In getting going, they didn't have to look far to find the appropriate help. Slaughtneil's Patrick Bradley, of Grand Designs fame, was enlisted, with Toome-based Peter McErlean set to carry out the work.

“He [Patrick Bradley] loved it from the first day he saw it. We started to work up the design of what we wanted to do,” said Mary.

“We wanted to keep things the same as much as possible, but we had to change a few things for building regulations.

“The stairs used to be in the living room and were very steep and narrow, so we moved them behind the fireplace, which made it so much easier going up and down.

“With the thick walls and the thatch, it's like there's air conditioning in the summer, but in the winter it helps to keep it warm too. 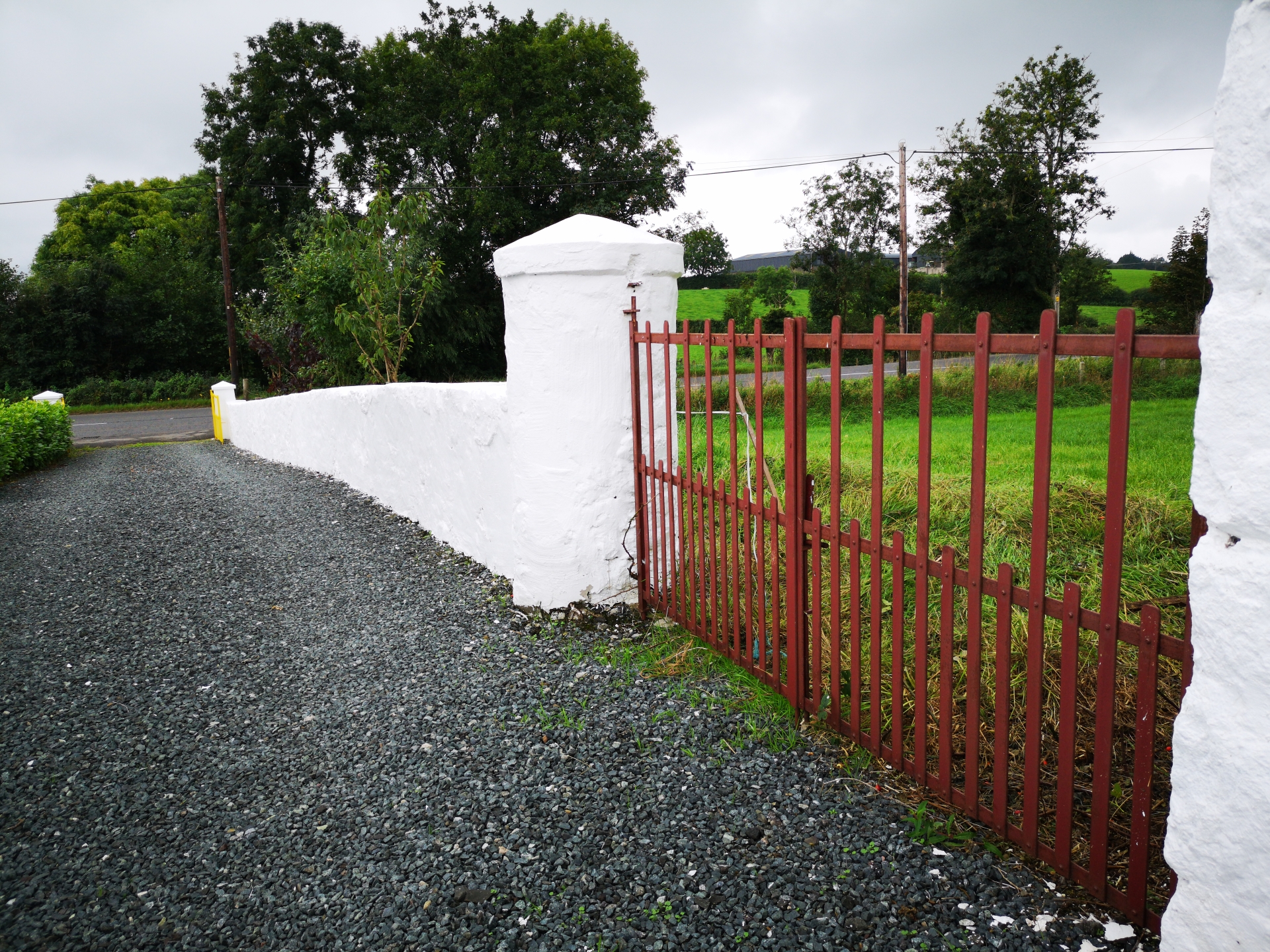 “I didn't want to rent it out all the time, because then me and my husband can't use it, and we wanted to be able to stay in it ourselves too.

“We thought we'd make it self-catering, because everybody loved the cottage and it would be a nice place to go and stay.”

Unfortunately, the timing of the cottage's regeneration coincided with the onset of Covid-19. The pandemic and its associated restrictions wiped out an entire year of business.

A year on, and Mary is making tentative preparations to pick up where she and her husband left off. 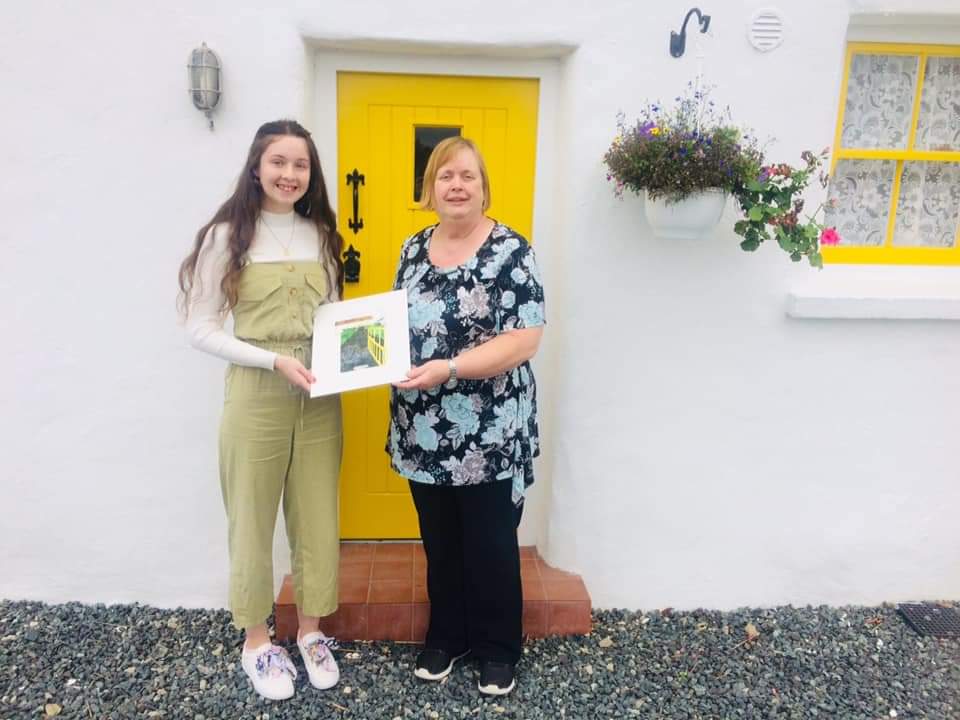 Mary along with musician Caitríona Lagan, who played at an Open Day held on Sunday as part of European Heritage Day.

They held an open day at the weekend as part of European Heritage Day, with local musician Caitríona Lagan providing music at the event.

A beaming Mary ran tours of the building all day, and her pride and love for the cottage emanates from her every word.

“I absolutely love it. Some of my friends asked if I'd be afraid staying there on my own, but that doesn't bother me,” she said.

“To me, it feels like home. There is such a nice, content, happy atmosphere in it, that it doesn't bother me. I have all those memories to keep me company.

“I would move here in the morning. This is the area we came to all the time and it just feels like home; it's where we spent so much time. 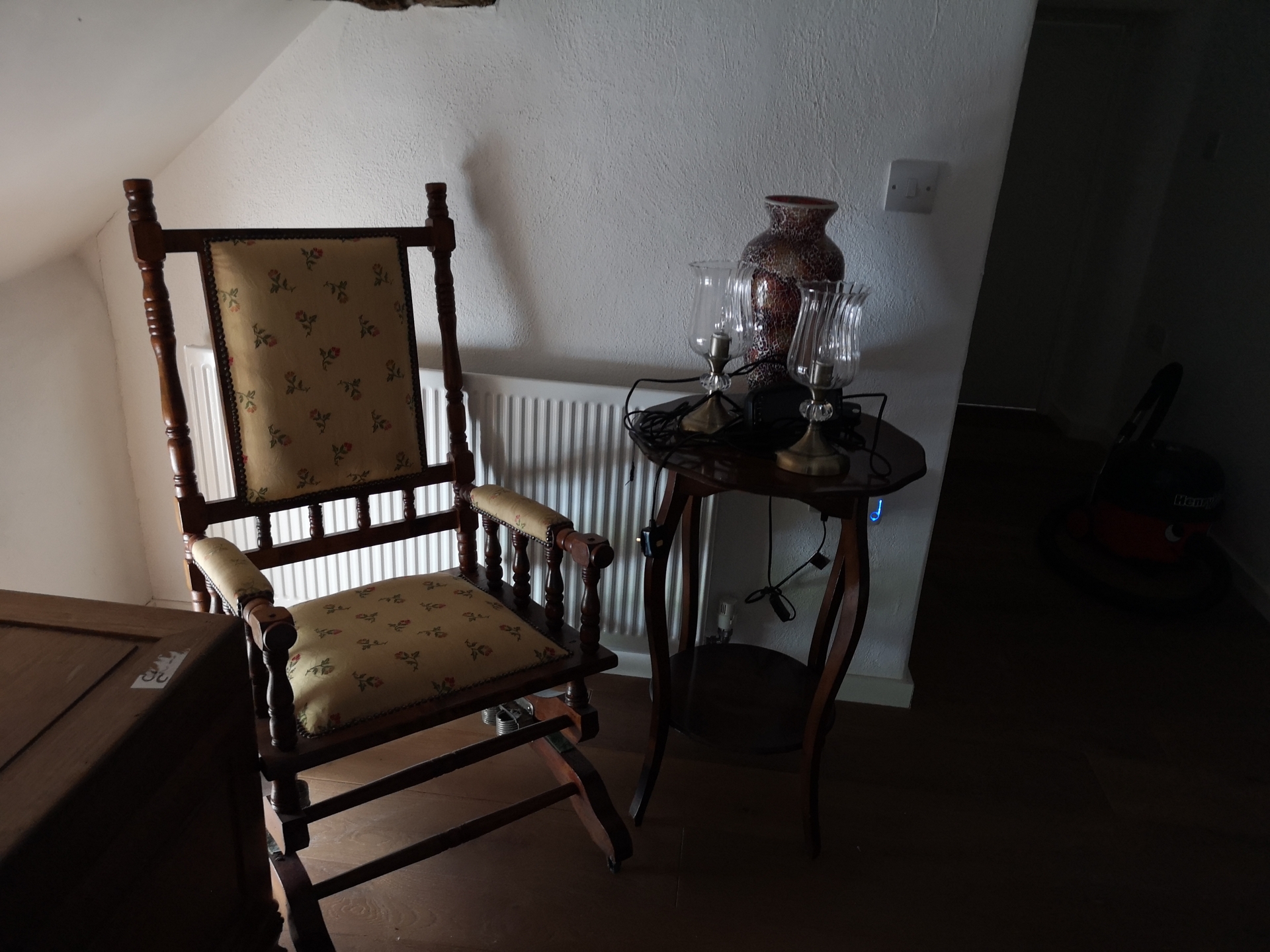 “It was a weight lifted off my mind when we got the house renovated. I wanted to do it because she loved the house so much and I wanted to make a good job of it.

“I think if she was here now, she'd be pleasantly surprised at how it has turned out. She just loved it.

“While it took longer than we wanted, we're really happy with what we've got. It just turned out so much better than we could ever have imagined.

"I had a picture in my mind of what I wanted, and that's what we got. That doesn't always happen in life, so it's lovely.”

The unsightly bollards had been placed on the river bank following a safety review.

The latest in our snapshots of life in County Derry under the latest Covid lockdown.
ADVERTISEMENT - CONTINUE READING BELOW