The latest in our snapshots of life in County Derry under the latest Covid lockdown. 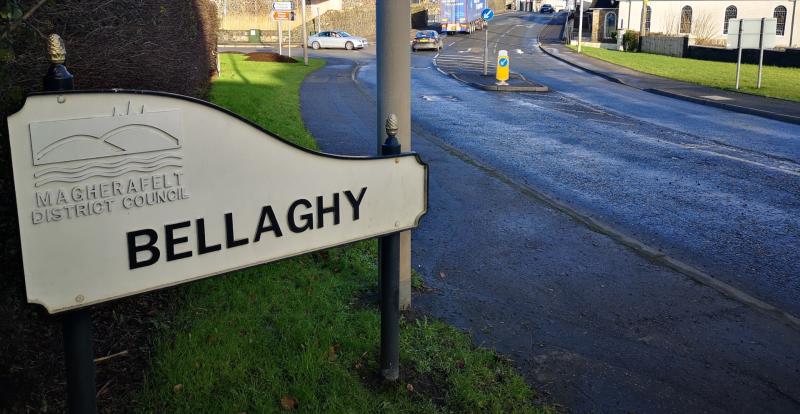 As I park up on Bellaghy's Main Street, a tabby cat is slinking along the pavement. It eyes a small bird skipping along in front of it.

The cat crouches and snarls, but it's all a bit half-hearted. The bird flies off. The cat continues its stroll up the hill towards the Heaney HomePlace.

Nonplussed. It's a common feeling at the moment as people battle the lockdown-enhanced January blues.

Though it isn't quite business as usual, Bellaghy is far from a ghost town. 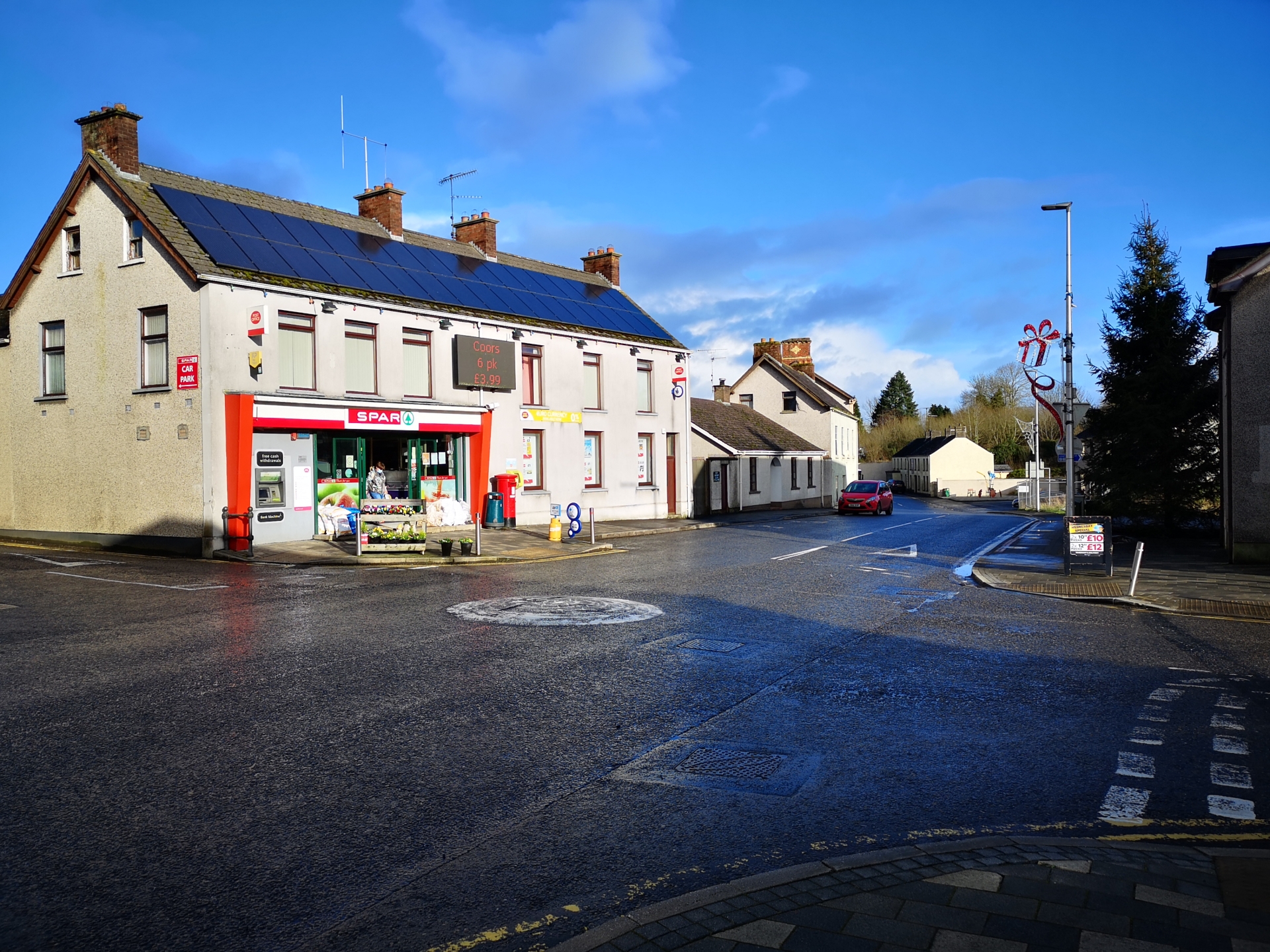 A steady flow of lorries navigate its narrow streets as they head for the roomier surroundings promised by A6 dual carriageway.

Occasionally, a slow-moving vehicle leads a convoy of frustrated motorists through the town. There are no traffic lights, but an unwritten system appears to be in place.

Motorists wave pedestrians across the road and traffic pauses accordingly to facilitate their safe passage. Polite waves are offered in return.

Several notices placed on buildings up and down Main Street implore drivers not to park in front of their access gates.

One is particularly vociferous in its insistence, with a huge notice in red above the entry and a smaller one on either side.

I find myself hoping someone does park there. I've a feeling the fallout would be spectacular.

The intermittent thermometer displayed on the screen keeps passers-by up to date on the current temperature.

Greying sky unleashes a squall of hail, prompting a waiting NI Electricity worker to take shelter under the canopy of Poet's Corner. 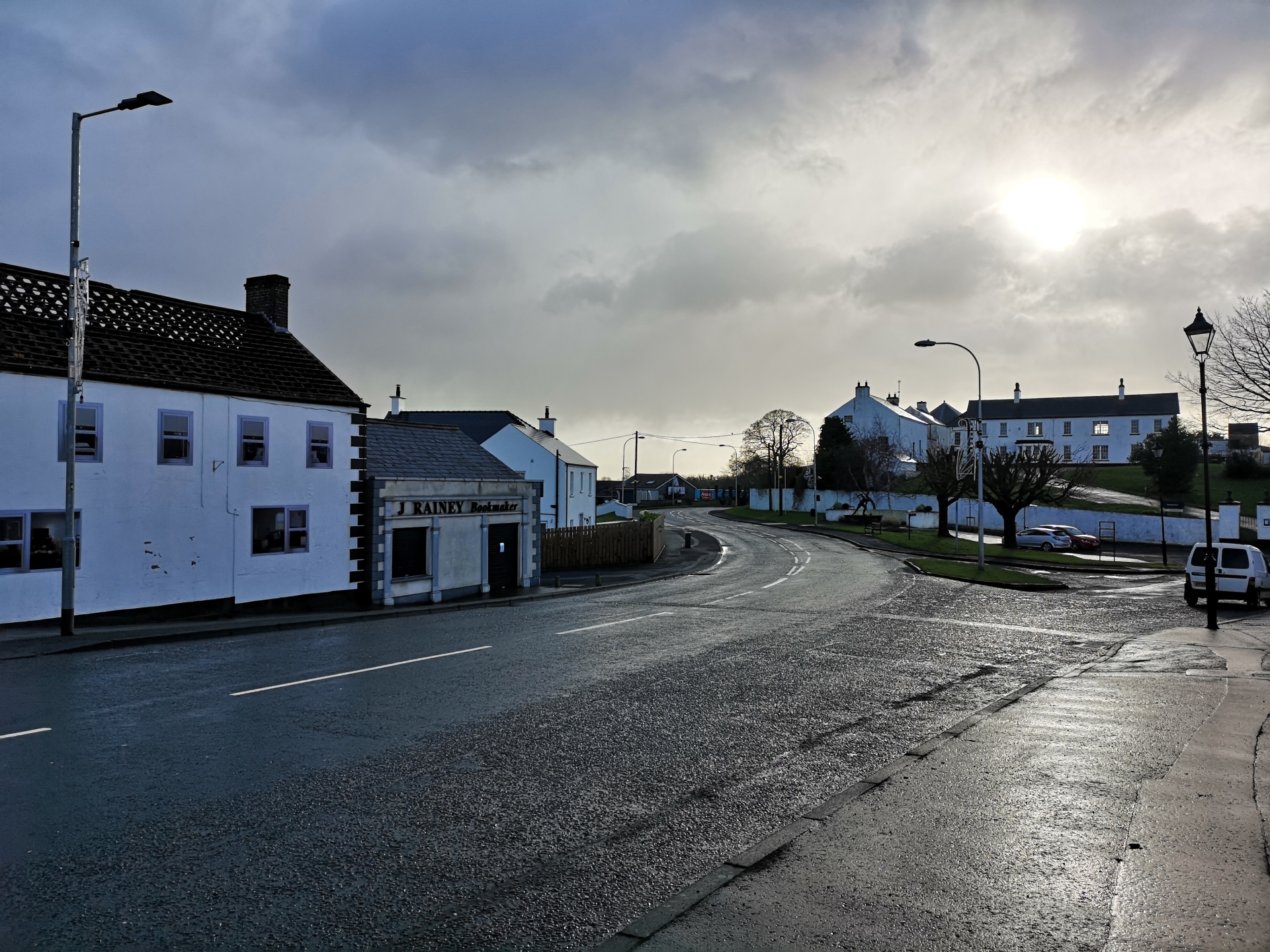 The cafe itself is open for takeaway food and drinks. Inside, the woman behind the screen says it has been quiet so far today. It's cold outside, she offers by way of explanation.

“Seven degrees,” I inform her, drawing on Spar's meteorological information.

It doesn't stay quiet too long as the lunch time trade begins to build. The cafe operates responsibly, only permitting two customers inside at a time. Mask compliance is high in the village.

“We try our best to make sure there aren't many queues, we can't have people standing in the shop, or anything like that,” she says.

“It's horrible to see the other places closed. I would know the owner of the bar next door very well, it's a sin to see everywhere closed and people not working.

“We closed during the first lockdown and didn't open again until June, but we didn't get any grants or anything because we were a new business.

“This time we stayed open because we have got so busy with the takeaways that we can still operate, which is a good thing.

“There weren't as many people about at all during the first lockdown, but there seem to be more out walking about now.

“The shops are definitely quieter, but there are more people out walking around to exercise.”

A man in the cafe who had greeted me exuberantly up the street does so again. His enthusiasm is infectious, social distancing or not.

Those brief interchanges, that leave a smile on your face, have even greater effect these days. People remain resolute despite all setbacks.

Heading up Castle Street, it becomes apparent just how quiet the shops actually are. A sign in the charity shop window informs passers-by it is closed 'until further notice'. 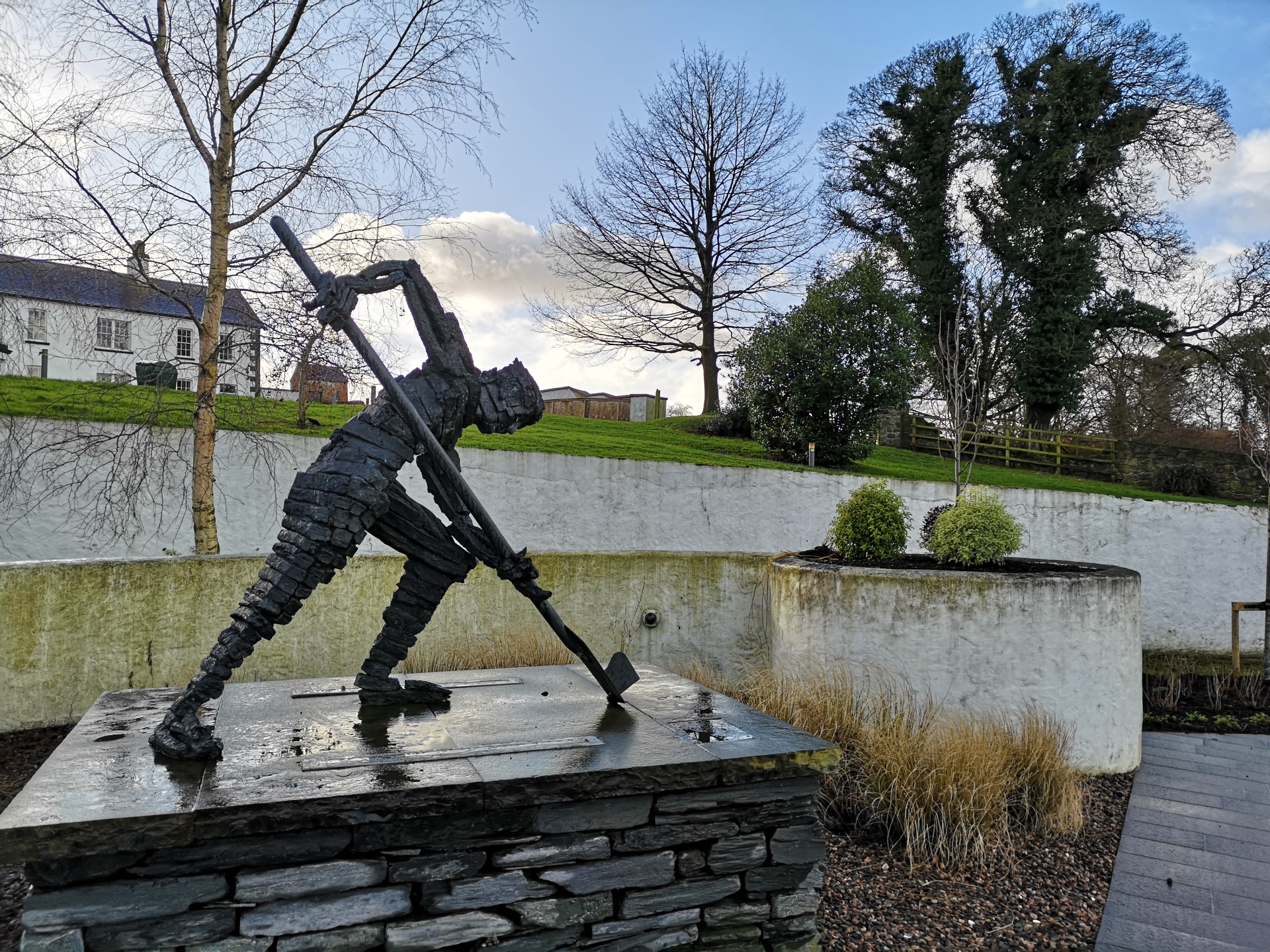 Turf Man hard at it.

The hairdressers next door lies in darkness, as does the barber further up the street. Outside the Bellaghy Bawn, though, Turf Man is perpetually busy.

I tweet out a picture, asking people to guess the location. One reply suggests I won't get many quotes off Turf Man. The quiet man at the quiet end of town.

Walking down the Ballyscullion Road towards Páirc Seán de Brún, the traffic noise subsides to a faint rumble. My footsteps begin to echo off the low walls of the houses on my left.

A bottle blown across the road by the stiff breeze rattles into earshot, against a backdrop of chirping birds. It is quiet down here.

Some walkers are braving the changeable weather to get their steps in. A woman walking her dog walks along the empty stand on the far side of the pitch.

I contemplate the plaque commemorating Sean Brown. The words remembering his tragic death are framed by a bleak sky.

In need of inspiration, I head for Seamus Heaney's grave.

At the chapel, two men are standing on scaffolding that reaches half way up its tower, staring upwards. With all churches closed, they can work largely undisturbed. 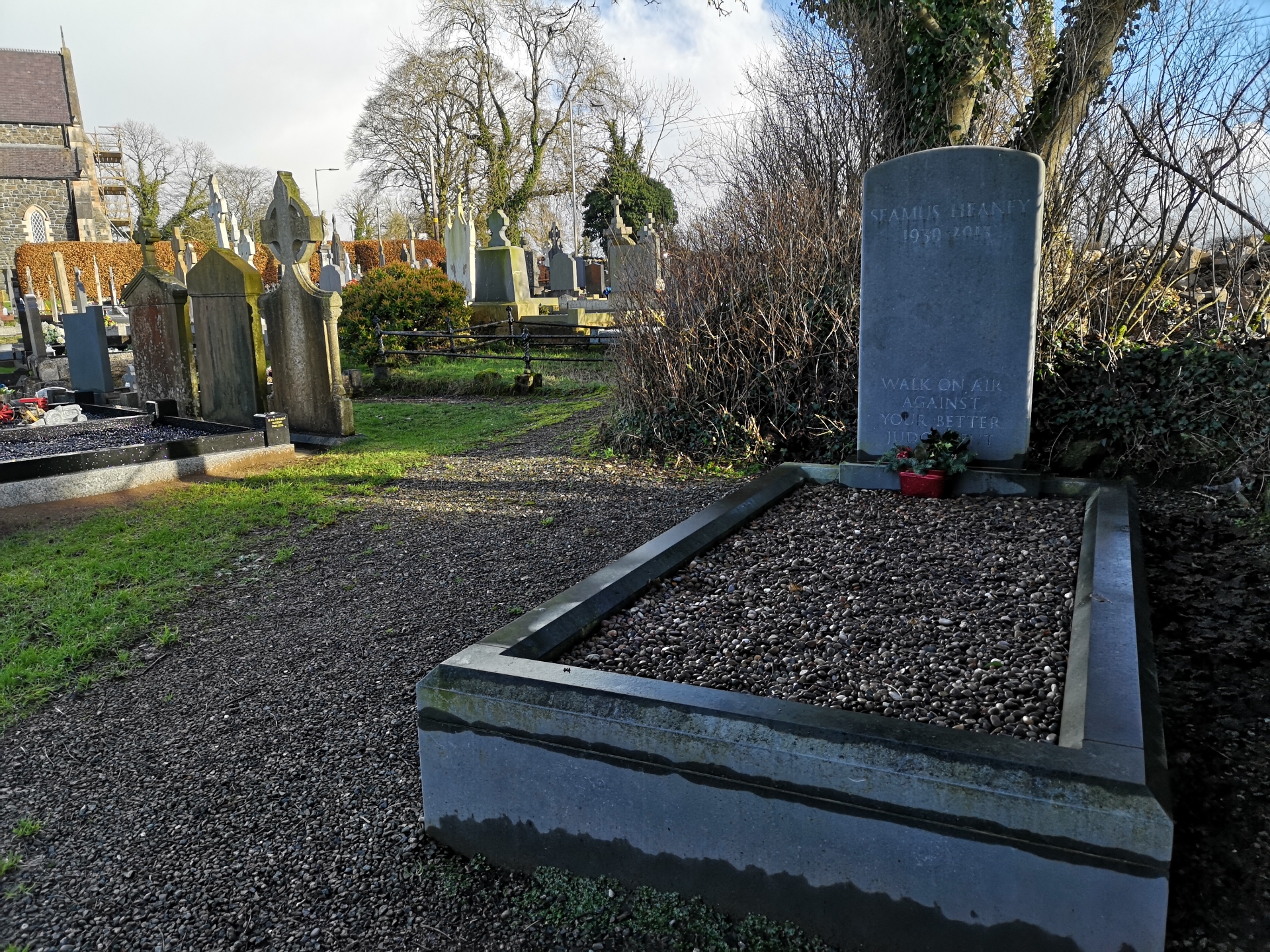 The grave of Seamus Heaney.

There is no one else in the graveyard, not even weary home-schooling parents taking a school trip to the Poet Laureate's resting place.

On the way back into the town, three children are playing in the yard of Bellaghy Primary School. A member of staff supervises.

Their laughter carries on the breeze all the way down the hill. If only the drivers shooting disapproving looks at each other on the roundabout could hear it.

Throughout Bellaghy, there are sets of outdoor chairs set into the concrete pavements. Under normal circumstances, people would be passing their lunchtime sitting in them, chatting to others.

As I sit outside the pharmacy, the postman pulls up to the Spar, collecting letters and parcels from its post office. An NI Water van passes through. An Ulsterbus carrying just two passengers.

Tractors rattle busily up and down the street. A DHL delivery van approaches the roundabout, the driver glancing at the street signs before turning left towards Castledawson.

The unsung are quietly grafting away, navigating the pandemic and ensuring life goes on. No rest for the essential. 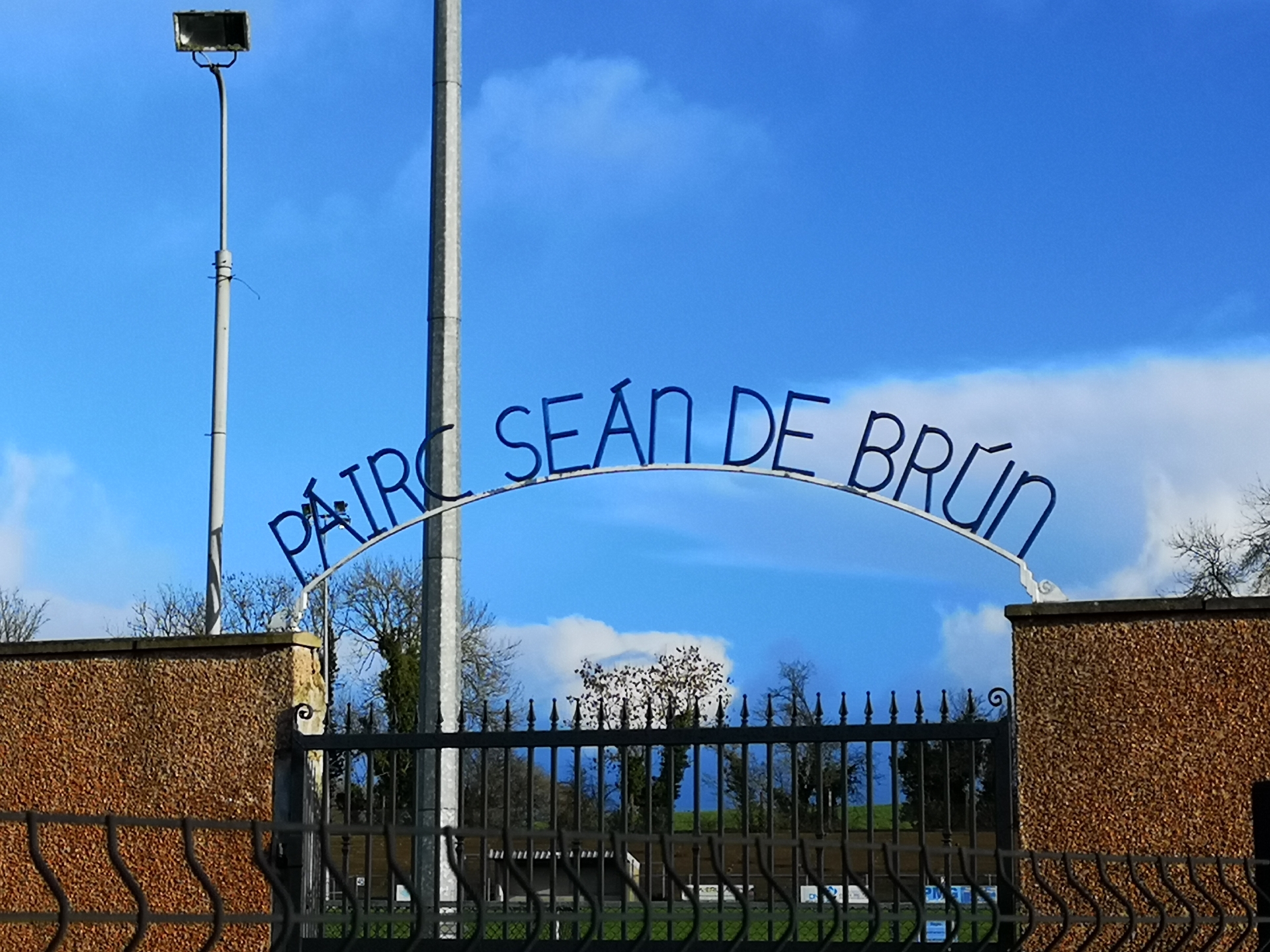 Back in the car, a radio bulletin announces the Northern Ireland Executive have extended lockdown measures for a month. Normality's odds have lengthened.

So much of normal life feels empty at present.

The constant cycle of infection, sickness and death has hollowed it out.

Leaving Bellaghy, I'm struck by the symbolism of those empty chairs.

Despite your best efforts, sometimes grim reminders are impossible to avoid.