East Derry MP Gregory Campbell has waded into a row between LGBT activists and a US fast food chain by proposing a motion in the House of Commons. 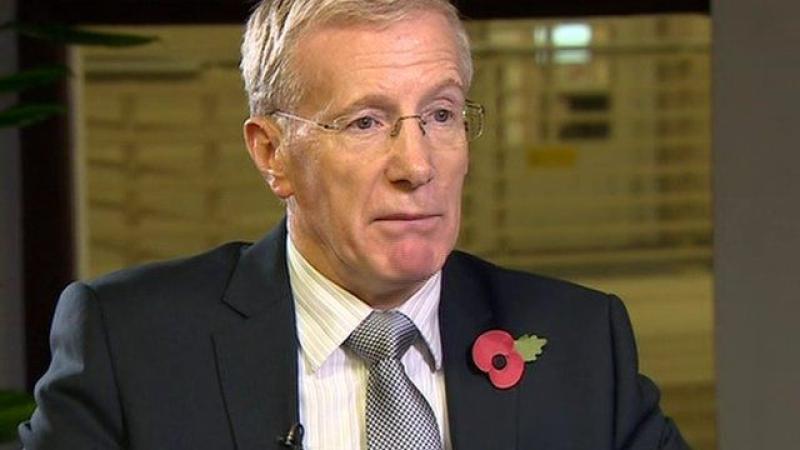 EAST Derry MP Gregory Campbell has waded into a row between LGBT activists and a US fast food chain by proposing a motion in the House of Commons.
Campbell proposed the Early Day Motion last Tuesday following the controversy surrounding a branch of Chick-fil-A in England, which he claims has been the victim of an “aggressive campaign by LGBT groups.”
The fast food chain – famous for its chicken sandwiches – operates more than 2000 restaurants across America and Canada.
Chick-fil-A was founded by an Evangelical Christian in 1946 and has attracted controversy in the past for its stance on same-sex marriage.
In 2012 Chick-fil-A's chief operating officer Dan T. Cathy suggested that Americans who support same-sex marriage were “inviting God's judgement on our nation.”
The company has also donated more than $5million (£3.8 million) to campaign groups and other organisations which oppose same-sex marriage.
The company opened a branch in the Oracle Shopping Centre in Reading, England on October 10.
However, just eight days later a spokespersonfor the Oracle Centre said that the restaurant's initial six-month lease would not be extended.
Following the announcement Christian lobby group Citizen Go have launched a petition in a bid to keep the restaurant open, which has been signed by more than 20,000 people.
Gregory Campbell's motion called on the House of Commons to note “the recent campaign and picketing by LGBT+ rights protesters of the US-owned fast food chain chick-fil-A, founded by Christians, in the Oracle shopping centre in Reading” and defended the company's record.
“Chick-fil-A has a Christian ethos, offers above average wage levels, and makes generous donations to a range of charities,” Campbell said.
“But the fact that the founder made a statement seven years ago in opposition to same-sex marriage was sufficient to attract animosity from protesters.”
Fellow DUP MPs Jim Shannon and David Simpson also expressed their support for Gregory Campbell's motion.