Derry U14 title for Swatragh in thrilling final with Bellaghy

Roisin McAtamney goal made the difference for the Davitt's 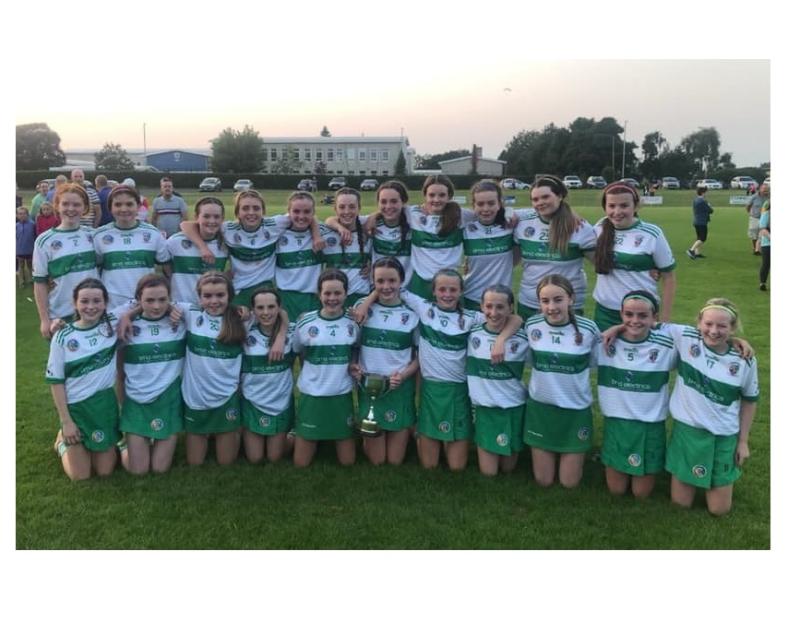 The Swatragh U14 camogie squad.

Swatragh saw off Bellaghy to take the U14 camogie title.

DERRY U14 CAMOGIE A CUP FINAL

Swatragh 3-11
Bellaghy 3-6
Bellaghy started the strongest getting a goal right at the very start, but Swatragh settled their nerves and played the stronger camogie over the half, looking more likely to get scores. Eimear Murray, who was marked very tightly all evening, Emma Quinn and Aoife McWilliams ran at the Bellaghy defence and were a constant threat in the first half. A brilliant Ciara O’Loughlin goal gave Swatragh a three-point lead at half time, 2-7 to 3-1
The second-half followed much the same pattern in a very tight game with both sides well matched for each other.
Swatragh’s half back line stepped up to the strong attacking threat from Bellaghy at the start of the second half, with captain Mary Therese McCullagh, Ellie McCartney and Eimhear Conway working hard to maintain the Swatragh lead.
Sally Anne Quinn, who was very strong in the Swatragh full back line, made some vital tackles to prevent Bellaghy goals in. Cait Conway in midfield for Swatragh covered every blade of grass on the pitch and her perfect free taking settled the Swatragh girls’ nerves in the second half. Bellaghy brought the game back to a draw but a Roisin McAtamney goal was the turning point of the game. Cait Conway added two brilliant points after this to seal the win for the Swatragh girls.

Glen go one better than last season to take U14 title

Strong defensive display holds out Slaughtneil in the final quarter