Dungiven advance to U21 final at the second time of asking 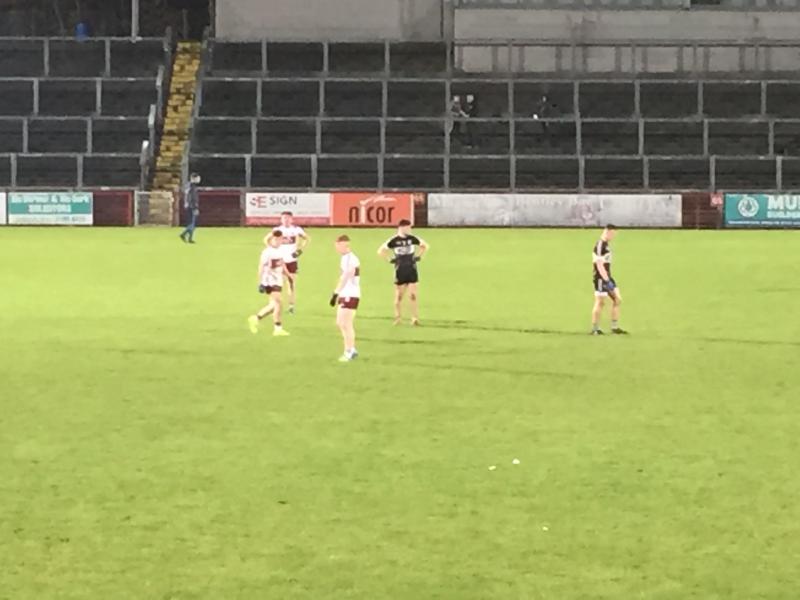 U21 A FC SEMI-FINAL REPLAY

Pauric McNicholl got the first point of the game.  Cahir Higgins, who hit 0-5 in the first-half, kicked into gear and helped Dungiven into a 0-7 to 0-0 lead after 12 minutes.

‘Screen hit back with a Noel Rafferty point after he plucked a high delivery from Niall Doyle.  JP Devlin notched two points, while Marty Bradley swung over two sweet points from close to the sideline.

Three points separated the sides at break, 0-9 to 0-6, with Dungiven in the lead.  Disaster struck for ‘Screen when Murphy intercepted a back-pass to goalkeeper Scullion before blasting to an empty net.

Their comeback hopes were further hampered.  Ryan Doyle was dismissed on a black card, after a first-half yellow and ‘Screen were reduced to 14 men.

Dungiven added a second goal in the 42nd minute when Murphy picked out Cahir Higgins who fired emphatically to the back with the net to open up a 12 point lead.

Niall Doyle, who battled well at midfield, kicked a fine score for ‘Screen, with JP Devlin, Emmet Duggan and Caoilte McAlinden all firing over but it only momentarily ate into the Dungiven’s lead.

Dungiven await the winners of Glen and Kilrea who meet on Friday night (7.30 Swatragh) in the second semi-final.

Full reports from both games in Tuesday's County Derry Post.

POLL: When is the best time for the U21 football championship.  Click here...