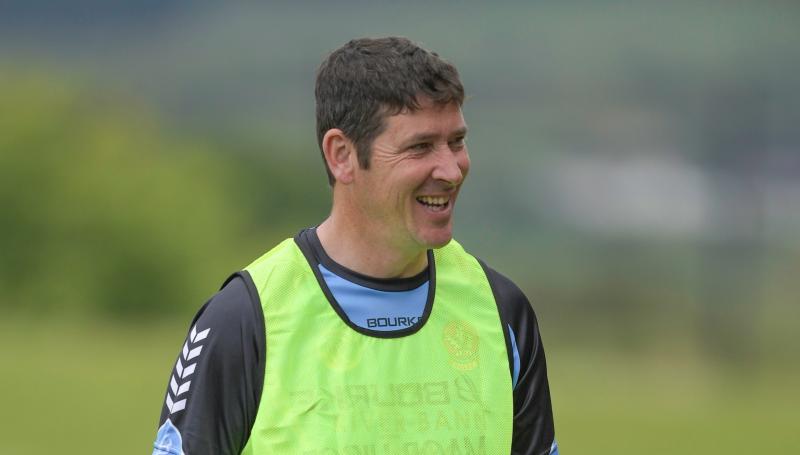 TESCO ALL-IRELAND MINOR B CAMOGIE SEMI-FINAL
Offaly 4-11
Derry 1-8
Derry's interest in the All-Ireland series ended on Saturday after they failed to recover from an awful start that left them chasing the game.

The Oakleafers conceded two goals in the opening four minutes, both scored by Offaly centre-forward Clodagh Leahy driving through the centre.

After that they settled a little helped by a point from Caoimhe Kearney and they trailed by 2-1 to 0-1 at the water break.However Offaly’s attacking options were more co-ordinated and full-forward Faye Mulrooney added another two goals before the break, with Leahy involved in both.

Behind by 4-6 to 0-3 at the change of ends, the Derry management shuffled the deck for the re-start bringing Anna Rafferty through into attack and then introducing Aoife Doyle and Sinéad McGuigan from the bench.

Derry looked in better shape as a result and Blathnaid McLaughlin hit three points in a row to put back with a chance at 4-7 to 0-7.

However Leahy responded with two points, one from a free, close to the second water break. Derry eventually got a break in the 50th minute when Anna Rafferty hit the net. But Offaly pulled an extra player back to make sure there were no more goal chances and they eased through to next week’s final.