Craigbane had just come out of their 2-week isolation period. 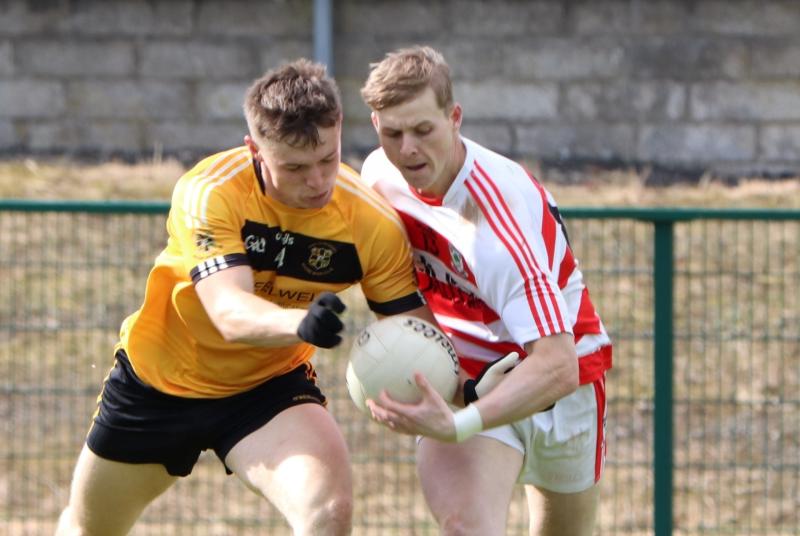 Another 1-12 for Ballerin's Gary Keane.

Ballerin comfortably accounted for a depleted Craigbane side on Saturday to put daylight between themselves and Limavady at the top of the league.

Craigbane were returning from a two-week lay-off due to Covid isolation, and struggled to get into the game.

Niall Carton opened the scoring for Craigbane, but after Sean Ferris equalised it was one way traffic and at the first water break the hosts led by 0-9 to 0-1.

A brace of converted frees from Fergal Mortimer closed the margin to six points but they were not to score again until seven minutes from full time.

Just on the call of half time Gary Keane finished off a well worked move to leave the interval score Ballerin 1-11 Craigbane 0-3.

Gary Keane hit the three opening scores of the second half followed by a fine Mark Ferris score to leave the winners leading by 1-15 o 0-3 at the three quarter stage.

Craigbane’s Naoise O’Mianain was then sent off after receiving a a yellow card for bringing down Gary Keane, with the referee immediately issuing a second yellow for dissent.

With all their subs used, an injury to John McGinley saw Paul Keane go into goal for Ballerin late in the game, before Fergal Mortimer wrapped up the scoring for Craigbane.

Craigbane have suspended on field activities as a 'precautionary measure'