Pupils will get five hours of exercise a week 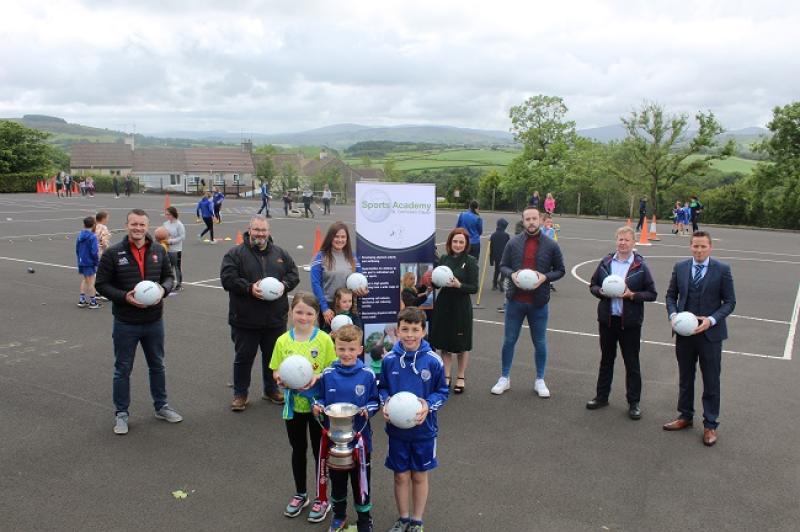 The initiative, which will give pupils five hours of physical activity per week, will begin in September 2021 and give opportunities for individual and team sports.

On top of the physcial benefits, the aims it to improve children’s self esteem and resilience in a bid to reduce anxiety.

Ulster University Professor of Mental Health Siobhán O'Neill, a past pupil of the school, was one of the guests present at Friday's official launch.

The event coincided with the schools' leavers' mass and every family was given a football to take home for the summer.

A brilliant initiative in Claudy with the launch of @StColmcilles_PS Sport Academy - to start off, every child heads home with a ball each for the summer

The local Claudy GAC club were represented by Liam Peoples, with past pupils Catherine Mullan and Odhran Crumley also in attendance.

Outside coaching organisations will support the school staff to deliver a range of coaching sessions.