The more clubs taking up hurling the better 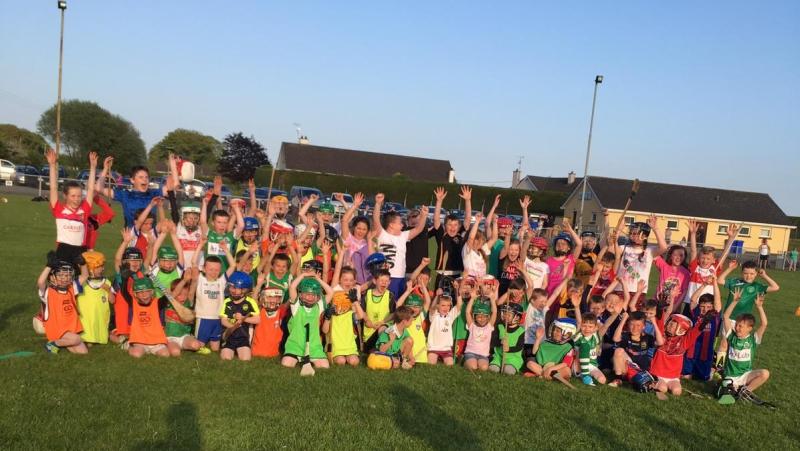 The St Finbarr's hurling club should be an example to others.

One of the most pleasing developments in recent weeks has been the Derry U13 hurling league and the range of teams involved.

The Derry hurling scene has always been picking from a sparse base and it was brilliant to see 11 clubs involved over the past three weeks.

Tyrone clubs Omagh, Dungannon and Carrickmore have joined, beefing it out to a 13-game programme of games.

In fairness there will be a range of standards across the board, with some of the more established clubs having years of coaching behind them and decades of structures in place.

This is a fantastic development, but imagine how much of a benefit something like this could be in the long-term. Derry, as a county, would benefit greatly from a handful more clubs feeding into their teams.

St Finbarr's, St Patrick's and Ballerin deserve immense credit for what they have done to get their hurling off the ground.  Following behind are the new shoots emerging in Claudy.

It is brilliant to see more hurling being introduced across the county.  By their nature, hurling and camogie are tough sports to develop given a very wide and difficult skillset.

Given time and resources from Derry's new proposed coaching strategy, the growth of hurling has so much potential.

On a different tangent, getting development officers into the city to give Na Magha an extra push with hurling in the local schools. And, taking it a stage further, other clubs would get so much more from adding hurling to their repertoire.

But there needs to be a base of coaches for any development officer to build on. Not every club has a Liam Hinphey, Thomas Cassidy or a Tom Magill, someone who drove hurling to a different level in their community.

It is one of the most skillful and attractive games to play and it would bring more players into a club.

Dual clubs, while people often feel they have their problems with crossover, usually benefit from having both sports. There is a fear factor, but it gives them a better chance of retaining players.

Young lads not getting regular games with the football team can play hurling and vice versa. It is no different than players mixing their Gaelic football with rugby and soccer. The more games lads can get the better.

If these 11 clubs are still fielding in the 2023 U15 hurling league, it would be a major success story.

For now, with the lockdown over and everyone craving action, let the busy Friday nights of U13 continue.

Getting young people active, playing games, laughing and developing themselves is priceless.