SAVILLE REPORT - 10 YEARS ON: How I was moved to tears reporting on important day in Derry's history 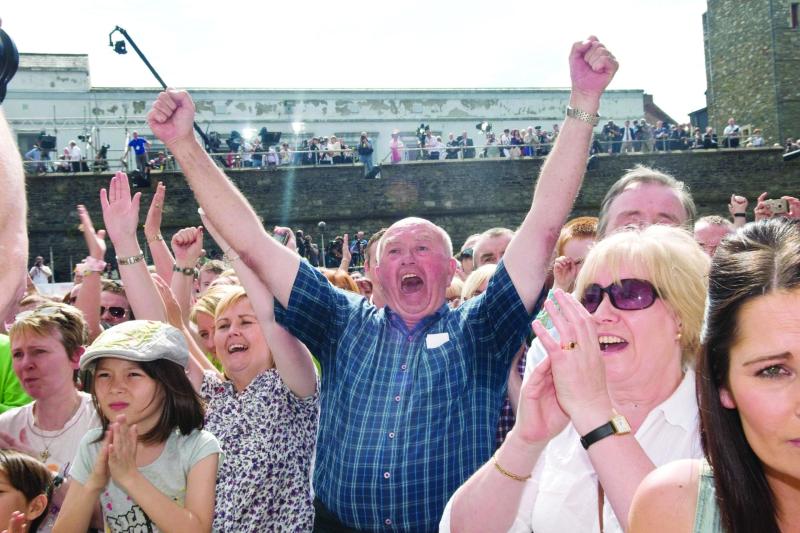 The publication of the report brought great relief to people in Derry.

My father, Jim Craig, marched on Bloody Sunday and I grew up knowing about the 14 men that were murdered that day and the whitewash that followed.

The front page headline of that Monday’s Derry News, the day before the publication of the Saville report in June 2010, asked ‘Is this the end?'.

I remember our editor, Ciaran O’Neill, calling us into a meeting and telling us the world’s media would be coming to Derry, and that they would be taking their lead from us.

We knew we had to get this right, but no one knew which way the verdict would go.

The findings of the Saville Inquiry were due the next day,  giving us one day to put our Thursday edition together.

We knew the Derry News would hit the stands a day before Friday's Derry Journal, and in the days before online news this was a big deal.

My sister Jeananne, who was a video journalist with the Press Association in London, had been sent home to cover the story.

And my brother Johnny, who was the sports editor with the  Inish Times in Buncrana, had been drafted in to help the Derry News.

It was the first and last time we all worked on the same story.  I didn’t sleep much the night before.

I was really worried that not all the victims would get justice.

How would their loved ones feel after 38 long years campaigning for it?

My job that day was to shadow the Bloody Sunday families as they walked from the monument in the Bogside to the Guildhall Square, where the 1972 civil rights march should have ended.

The now SDLP leader Colum Eastwood, who was the Mayor of Derry that year, walked with the families.

I had my notepad out, anxious to start recording the days events, but at that stage there was nothing to say.

At the Guildhall representatives of each family filed inside, where they would be given a copy of the Saville report before the findings were publicly announced by British Prime Minister, David Cameron.

I vividly remember standing on a press area on the city walls, directly opposite the Guildhall steps with a bank of TV cameras on a stage below me.

I knew my whole family were somewhere in the Guildhall Square, waiting.

Suddenly there was a cheer from the crowd and somebody shouted that  a hand had been stuck out a window of the Guildhall and that it was giving a thumbs up.

It was going to be good news. The relief was huge.

And we loved that; that someone from Derry had stolen David Cameron’s thunder and got the news out first.

When the Prime Minister appeared on the huge TV screen, there was total silence, and when he said Bloody Sunday was "both unjustified and unjustifiable" and that he was sorry, I started to cry.

Hardened journalists standing either side of me did too.

I remember feeling so proud of the Bloody Sunday families for how strong and dignified they were.