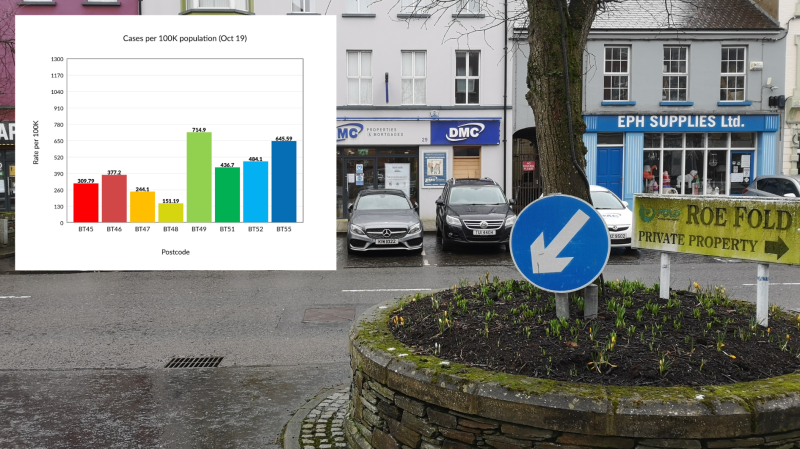 The number of new Covid-19 cases identified in County Derry has fallen over the last week, after a slight increase the previous week.

828 people tested positive for the virus in the last seven days, a 4.7% decrease on the previous week's figure, with the number of tests carried out also falling by 5.8%. 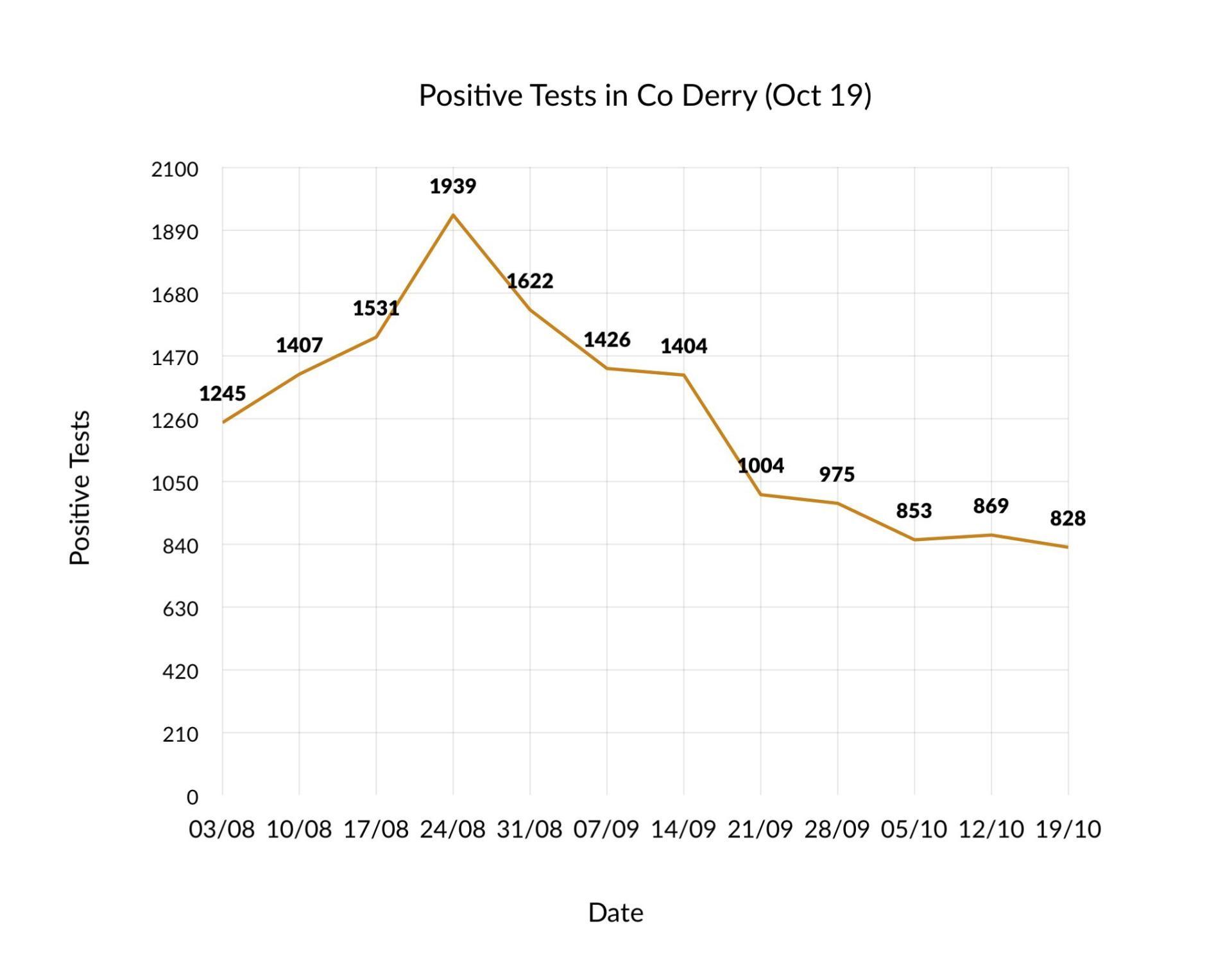 However, a sharp rise in cases in both Limavady (BT49) and Portstewart (BT55) has resulted in both postal areas rising into the top ten rates per 100,000 people in Northern Ireland. 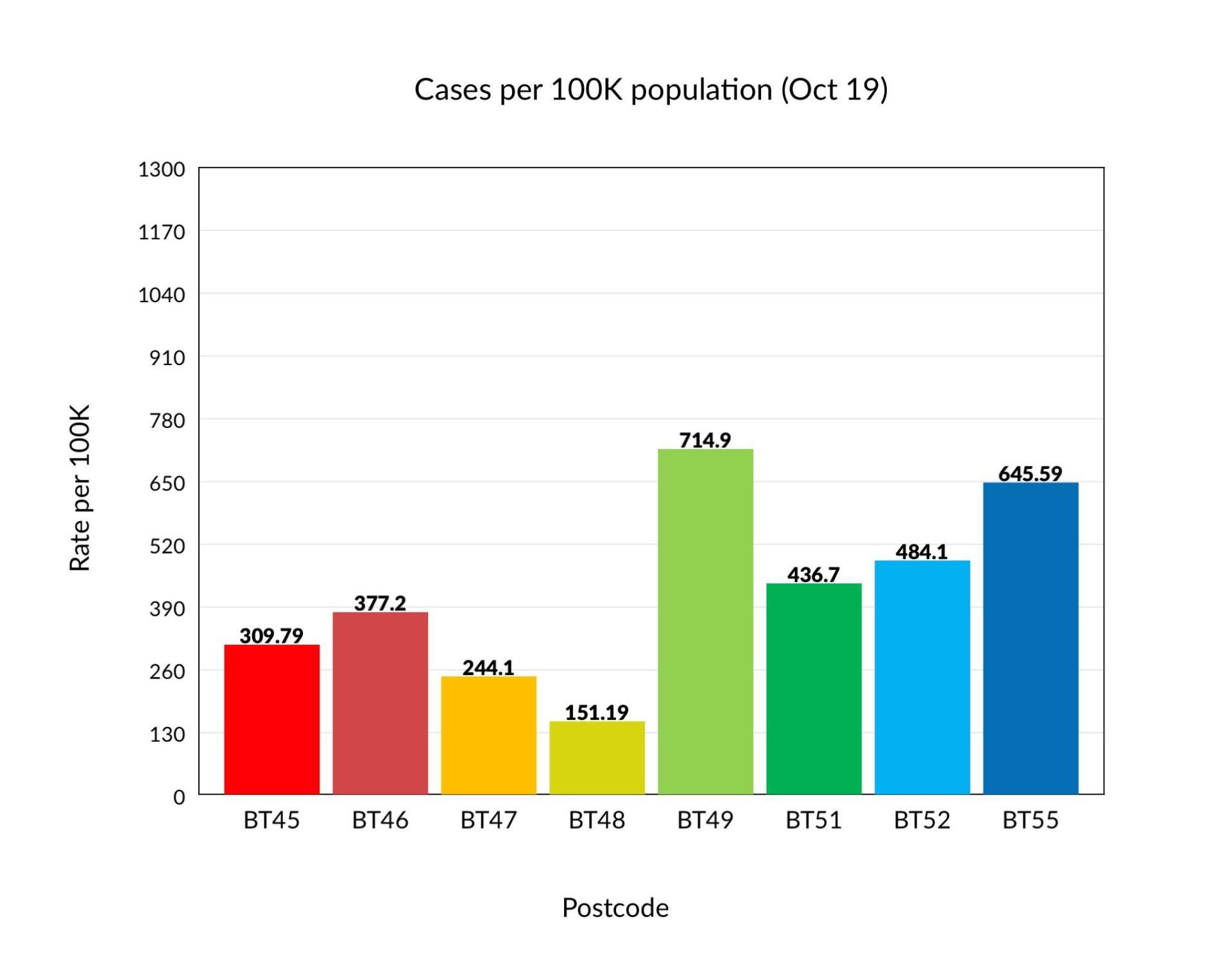 Despite a reduction in testing, the percentage of people testing positive for the virus remained the same at 9.5%, with the highest percentage (14.6%) was recorded in Limavady.

Four Covid-related deaths were recorded last week across the three local government districts in the county. All four were in Causeway Coast and Glens, with no deaths recorded in either Mid Ulster or Derry City and Strabane. 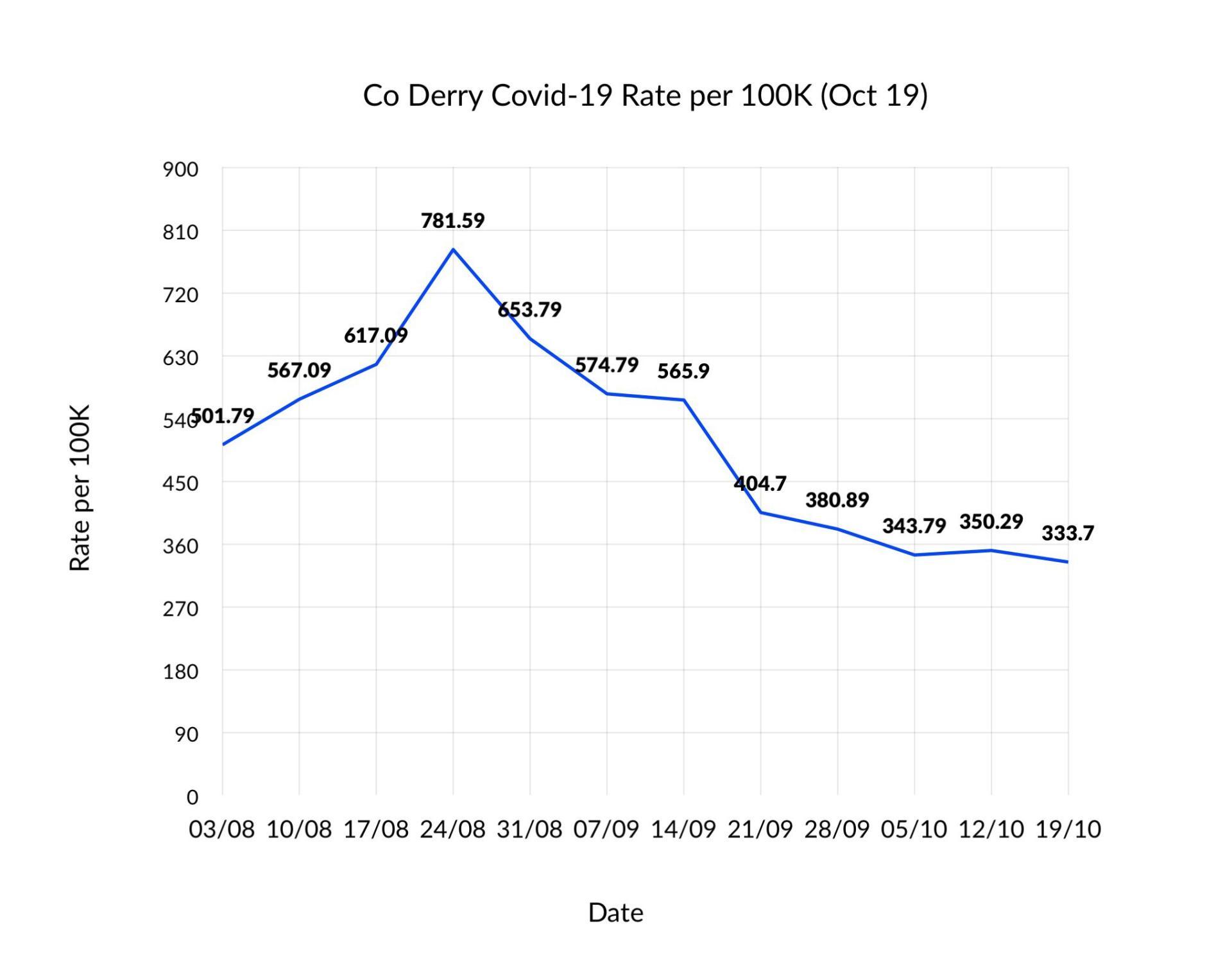 The number of patients receiving treatment for the virus in the area's hospitals has increased from 72 to 79, with the largest number of people (35) in Altnagelvin Area Hospital.

The incident took place this morning.
ADVERTISEMENT - CONTINUE READING BELOW