The electricty company were unable to investigate an old meter as it had been destroyed. 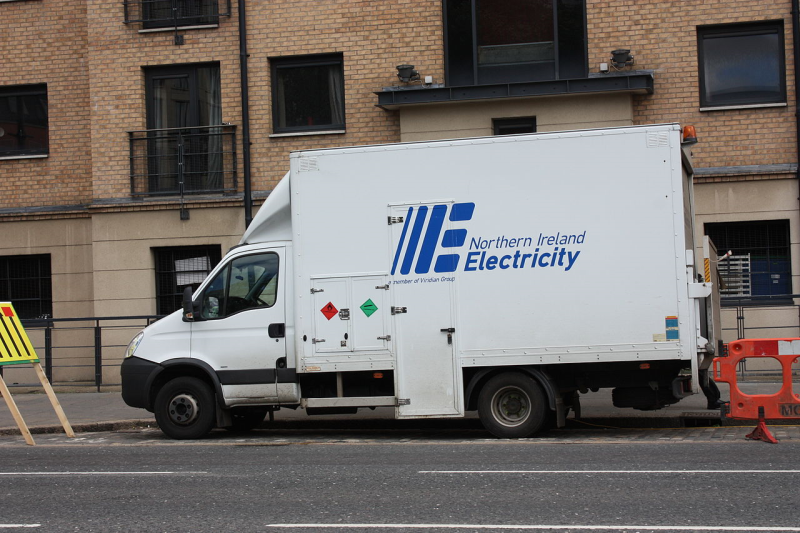 A County Derry man who was hit with an increased electricity bill has hit out at the electricity regulator after discovering his old meter had been destroyed.

Stephen McCafferty, owner of Rock Shelving Services, has criticised a Northern Ireland Electricity (NIE) policy of destroying meters removed from premises after he was unable to have his old meter examined.

The Eglinton man said meters at his work premises in the town were changed in early 2020, when his average quarterly bill was between £250 and £370.

Since the installation of the new meter, Mr McCafferty says his recorded usage has shot up to around 11 units per day above what it had been previously.

The alteration has left him facing a bill from Power NI of almost £4,000 for the three-month period between February and May 2021.

A further bill for around £1,700 has also been received for the next quarterly period.

The business owner's attempts to investigate whether the old meter was tampered were frustrated when he discovered the old meter had already been destroyed.

“I was told in all the emails that old meters were destroyed,” he told the County Derry Post.

“The prices have just rocketed. The guy who put the meter in says he has been doing at least one a week because everyone is complaining about them.

“We just got the other bill in the other day, estimated at £1,800 from May until now. All I have down in the workshop is a fish tank and a few lights.

“This doesn't bother me too much, but if it was a pensioner or someone who was vulnerable, it could be a different story.”

In response to questions from the County Derry Post, NIE said old meters were disposed of after a number of weeks.

“Once a meter has been removed it is held in our stores for 4/6 weeks and then is environmentally disposed of by an authorised waste disposal company,” said a spokesperson.

“Every meter has a recertification date, most electronic meters have a life expectancy of around 10 years.

“These are changed accordingly by our ongoing recertification programme and we reach out each year to those customers due a change to arrange to undertake the work.

“Some electro-mechanical meters have a longer recertification date but again on the year they are to be changed we will contact the customer to arrange a meter change.

“All electricity meter manufacturers issue a certificate to say they are tested and calibrated to regulatory standards required.

“If a customer raises a query with their supplier about their meter NIE Networks will test the meter on site.

“If it shows any signs of irregularity then we install a check meter beside it for a period of 4 weeks. Our check meters are calibrated at our meter test station to specified UK standards.”

'Ethical Weigh' is bringing zero-plastic shopping to the area.

SDLP's Durkan to have talks with Pharmacy bosses over opening times