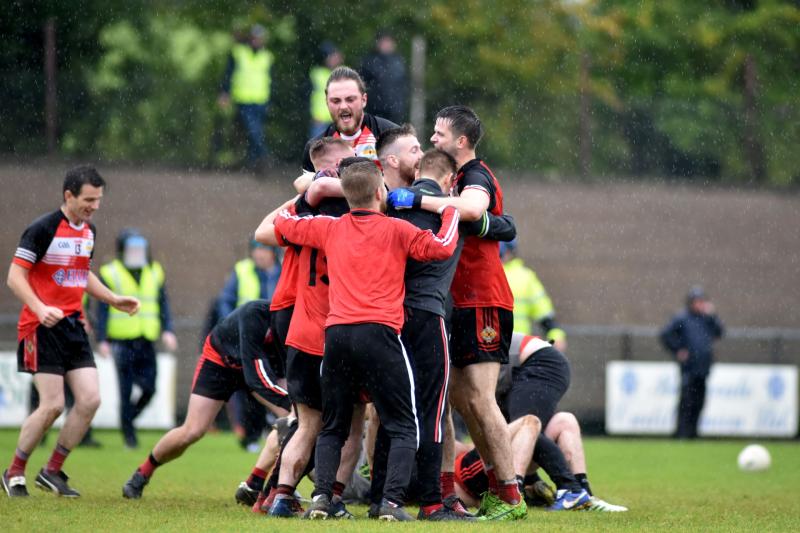 Greenlough begin the defence of the Bateson, Sheridan, Lee Cup at home to Glack on Sunday.

Stop Niall Loughlin and Enda Lynn and you stop Greenlough. How often has it been said? When the championship thickens up, manager Joe Cassidy will be hoping his tried and tested duo can give the champions the foundation to defend their title.
Loughlin has missed much of Greenlough's conclusion to the league and an injury has kept Lynn off the scoring charts since Round 6.
Cassidy has been forced to dip into his squad on a week by week basis. Connor Madden made a return to action with goals in successive games, bringing the amount of players used to the 30 mark.
Stephen Bradley has developed into one of their key forwards and Patrick Feeney has been a welcome addition after his transfer from Moneymore.
Former Cargin player Marty Kane gives them another experienced head at the back, where Paul Quinn and Christopher Kearney will remain their key cogs.
Glack have had indifferent seasons, but their final day win over a Ballerin team on the brink of winning Division 2 will have perked up a few ears. Martin McGonigle had a fine game at midfield, Niall McGowan landed 1-6 and Ryan O'Kane curbed the scoring threat of Gary Keane – who averaged 1-8 a game – to four points.
It's a tough opening for Glack and having to travel to Greenlough won't make the task any easier, against a team who will once again be in the leading contenders for the title.
VERDICT: Greenlough