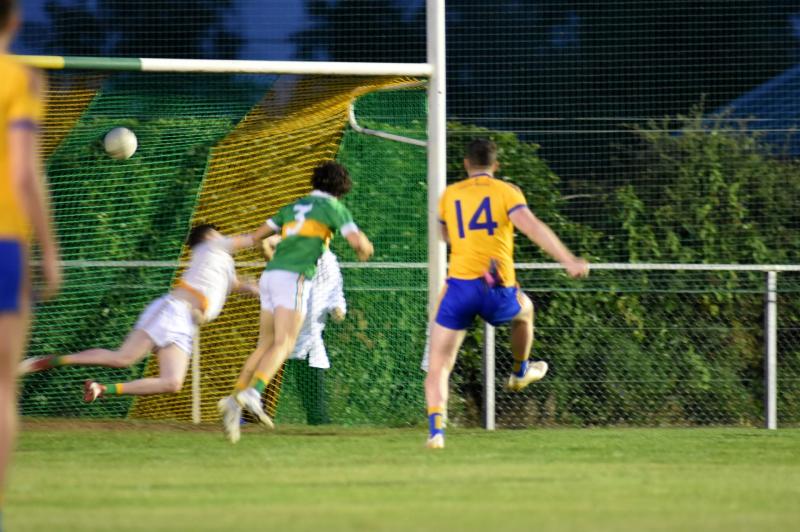 Limavady left it take for a dramatic win at Ballymaguigan in the Derry IFC.

Sheagh McLaughlin was the Limavady hero with a 62nd minute goal to win this encounter under Ballymaguigan's Friday night lights.

The home side, who hit 17 wides over the hour, settled best and were 0-4 to 0-2 ahead after 15 minutes with points with  Barry McGlone kicking three of their scores.

Five wides in the opening quarter kept Limavady in the game before Cormac Quigley's thunderbolt to the net - his 11th goal of the season - put the visitors 1-3 to 0-5 ahead after 20 minutes.

The 'Quigan did reply and let by a point at half-time before a refreshed Limavady raced back with three Quigley points to lead 1-6 to 0-7.  One of his efforts was ruled out by referee Mark O'Neill on the advice of his umpires before changing his mind after being consulted by a linesman.

Ballymaguigan then got a grip at midfield and worked their way back into the game with a great finish to the net by Daniel Bradley to retake the lead (1-8 to 1-6) after 43 minutes.

Two minutes later they added a second goal when Paudi Martin poked home after goalkeeper Eoighan Rogers made a brilliant save to deny Barry McGlone.

The water break game at the wrong time for the home side and Limavady, who were still struggling with their kick-outs, got themselves a foothold in the game and with time up, they led by two points before McLaughlin's late winner.

After the whistle tempers rose momentarily before calm was restored and referee issued a red card to Richard King for a strike.

Grab Tuesday's County Derry Post for a full report and extensive coverage from a weekend of the championship action.