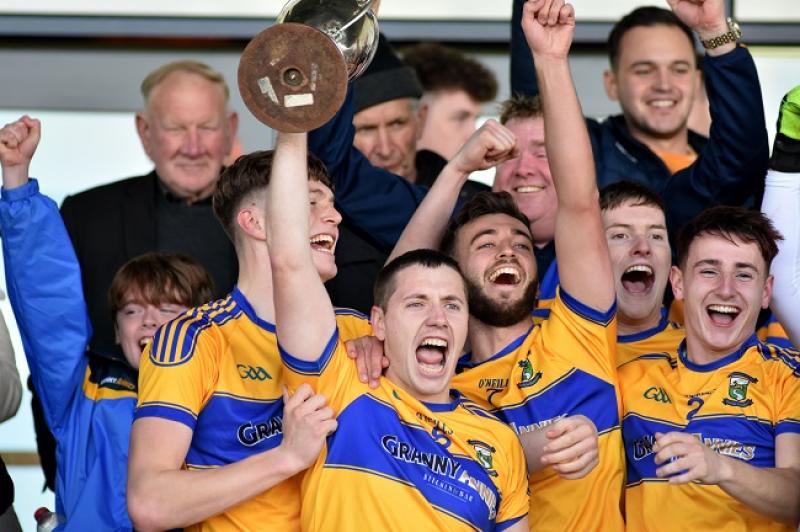 League champions Ballymaguigan will host Limavady in the first game of this year's Derry IFC.

Limavady were 1-11 to 0-6 winners when the sides met in the 2020 last 12 tie, but little has separated the sides this season.
The 'Quigan won the league after Glack's win over Ballerin, with Limavady two points behind.

When they met earlier in the summer, two goals from Cormac Quigley wasn't enough to prevent Ballymaguigan from grabbing a deserved 1-11 to 2-6 win. The Wolfhounds were without their go to man Richard King in attack, who has scored 4-14 in the last three games.
Karl Diamond took over the Limavady manager post this season and has unearthed John Butcher as an extra attacking option.
Limavady were junior champions in 2018 and wins over Glenullin and Ballymaguigan last season point to a team that have aspirations of pushing their way up the ladder in the intermediate grade.
Oran Hartin is a former Derry minor goalkeeper. In Conor Boyd, they had an experienced player in the heart of their defence and Sheagh McLaughlin has been their established midfielder this season, with others slotting in alongside him.
In attack, King and Cormac Quigley (each with 10 league goals) are the spine that Ballymaguigan will have to try to keep a lid on.
Darren Conway made an appearance to the 'Quigan attack in their win over Drum, but Barry McGlone, Michael Spiers and Daniel Bradley have been the consistent trio, with Paudie Martin chipping in 4-11 from the wing-forward/midfield area.
Both teams are unbeaten this season and it points to an evenly contested game. If Ballymaguigan can limit the Limavady goal threat, home advantage could possibly sway this one.
VERDICT: Ballymaguigan

The Wolfhounds were nine points ahead at half-time