Craigbane scoring power the difference in title decider with Lissan 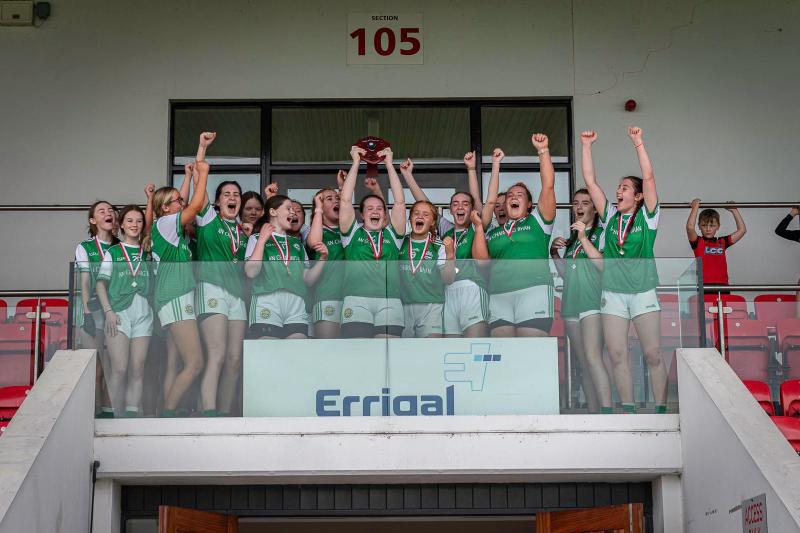 With the scoring power of player of the final Aideen McGonagle and county minor star Orlagh O'Kane, Craigbane shot their way to glory in the first game of the day.

DERRY U19 LADIES B SHIELD FINAL

Craigbane 7-20
Lissan 4-7
The teams met three weeks ago in a tightly contested league encounter, but this time it was Craigbane who raced out of the blocks.

Aideen McGonagle shot 1-3 as they hit Coleraine with 1-5 without reply before Lissan registered their opening score.

Craigbane's attack, with Orlagh O'Kane to the fore gave McGonagle, who finished with 3-12, a plentiful supply of the ball and her second goal had them 2-5 to 1-3 up at the second water break.

With the trio of Shannagh Conwell, Aisling Mortimer and Chloe Conway having a say at midfield, Craigbane's spell of control helped them into a 6-8 to 2-4 interval lead.

Two Lissan goals had them back in the game and with their supporters getting behind them, they began to grow in confidence.

In the pivotal third quarter, goalkeeper Niamh O'Kane and her defence began to get a grip of the game and seven points saw them 7-15 to 4-7 ahead at the end of the third quarter.

Chloe Conway and Clare Biggs added goals in a game where all 38 scores came from play. The scoreline didn't reflect what Lissan brought to the table, but it was Craigbane's scoring power that made the difference.

Lissan impress on their way to title win over Claudy

The winners went one better than 2020