Lissan impress on their way to title win over Claudy

The winners went one better than 2020 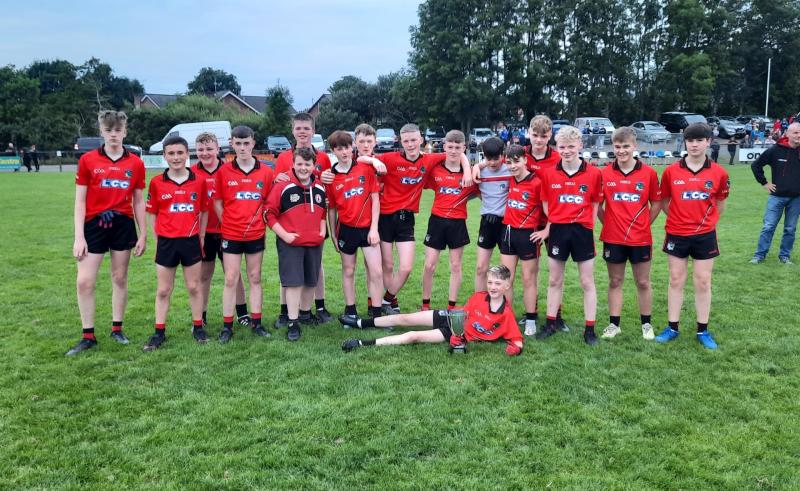 Lissan powered their way to victory over Claudy in Thursday's B Mullan and Sons U15 C Final played in perfect conditions at Dungiven's O'Cahan Park.

It was one step further than last season's U14 decider when they went under to Ballerin and this time they made no mistake, adding to the club's recent underage development that brought a C minor title last season.

Claudy reached the final with their epic 4-14 to 5-10 win over Foreglen, while Lissan were 10-point winners over Ballerin.

Lissan won the league meeting of the teams, but Claudy were without some of their panel including the injured Torin McGlynn who was part of their scoring threat on the way to the final.

Full-forward Luke McElkennon was the ideal target up front for the winners, using both left and right foot, and scored a tally of 6-10.

Claudy needed a block from Lee Quigley to prevent the Lissan full-forward from grabbing an early goal, but when captain Ryan McCann's kick from the resultant '45' went to the top corner of the net it gave them the perfect start and rocked Claudy.

Lissan played a great brand of football, based around using the ball out of the tackle and in Ryan McCann they had a player that dictated the shape of the first half. He caught kick-outs, carried balls from defence and was able to use the ball. And with Lissan vacated the space in front of goal, McElkennon lapped up scores at the end of the counter-attack.

It took Claudy 20 minutes to grab their first score, a free from Eoin O'Kane. They followed it up with a goal when the nippy Peadar Pio Peoples cut in along the end-line before squaring the ball to Corin Gray – the smallest man on the pitch – to palm home from close range.

Dungiven back up last season's U14 title with victory over Glenullin

Glenullin hit the game's opening score in the first attack