Kielt points the way to victory for Kilrea 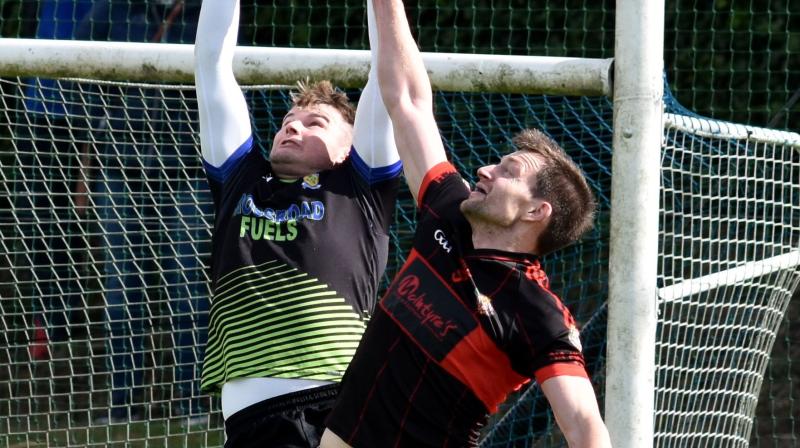 A dominant final quarter was enough to see Kilrea pull through this top of the table clash at Pearse Park.

Kilrea had the wind at their back in the second-half half and James Kielt lofted over some mighty scores as they outscored the 'Vale 0-8 to 0-0 in the final 17 minutes.

Joe Gray's in-form side led 0-3 to 0-1 after five minutes with points from Kevin Martin, Eoin McElhinney and Curtis O'Hara.

Kilrea hit a purple patch for the next 10 minutes and hit 1-2 without reply. The only goal of the game came in the eighth minute. After a great catch from Larry Kielt at midfield, his pass was won by Daithi McLaughlin. He advanced goalwards before laying off to James Kielt blasted to the net.

James and Larry Kielt hit points in the next few minutes, to give Kilrea a 1-3 to 0-3 lead at the water break.

Faughanvale then had a controlled spell of their own, scoring the next five points in a 14-minute period, some of their scores were superb from long range and they led 0-8 to 1-4 at the break.

The second half began with the visitors on top and they hit the first two scores to lead by three on the 40th minute mark, this was to be their last score of the game.

Dean Curran did rattle a goal chance off the crossbar, but Kilrea's defence generally ran a tight ship. At the other end Daithi McLaughlin and Niall Johnston were a dangerous duo.

Johnston, James (3) and Charlie Kilrea had Kilrea three points ahead going into injury-time and on their way to victory.