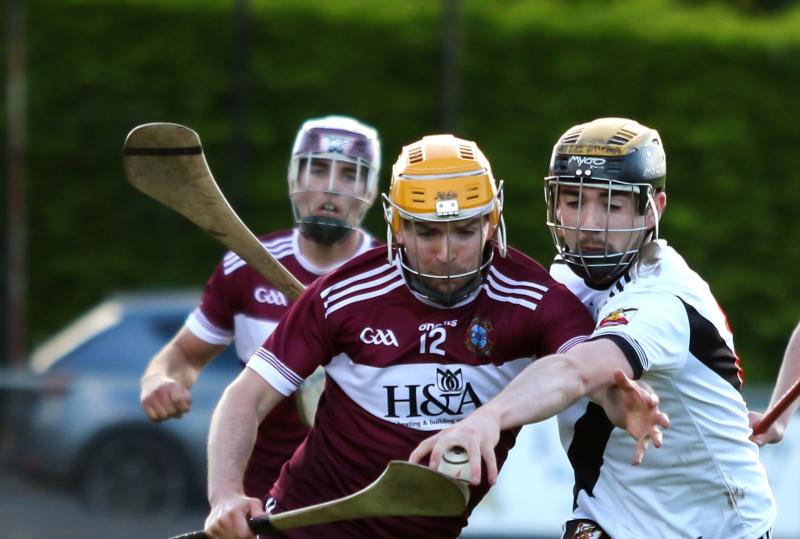 For the second week in a row John McCloskey hit the net for Ballinascreen.

In a repeat of last year's intermediate final, Ballinascreen turned the tables on Swatragh at Davitt Park on Wednesday night thanks to a strong third quarter.

Goals from Tommy McCloy and Darren McNicholl, in Swatragh's first two attacks, had the home side off to a brilliant start before Ballinascreen could catch their breath.

The sides exchanged points for the rest of the half, with Swatragh five ahead by half-time.

The Davitt's made five changes to their team at the break, with Paddy Bradley, Conor and Paddy Quinn all chipping in with scores.

Ballinascreen introduced Michael Kennedy, who gave the home defence plenty to think about and his goal helped turn the game. For the second week in a row, John McCloskey found the net as the game turned in 'Screen's favour.

Their third goal came from Ronan O'Kane, who bravely went in with goalkeeper Conor O'Kane before slotting home.

Lavey returned from the Port with a second win of the season, setting them up for a Round 3 clash with Banagher next month.

With Johnny McGarvey back at the helm, Lavey have also entered a team in the Antrim reserve league to give his panel hurling on a weekly basis as they integrate some of their recent minor winning team to the senior grade. In round one, they were comfortable winners over Carrickmore with Odrán Waldron, Ryan Farren and Fintan Bradley, who scored 1-9, all hitting goals.

Bradley opted out of the Derry senior hurling squad this season and on Wednesday night he hit another goal as Lavey picked up their second win, with a second goal in as many games for Odrán Waldron.

After a bye in Round 1, Ryan Lynch got off to a winning start as Banagher hurling manager with a comfortable away win over Na Magha on Wednesday night in Derry.

The visitors led 0-14 to 0-4 at the break, with goals from Johnny O'Dwyer and substitute Shane Farren adding to their tally.

Slaughtneil bounced back from their defeat to Ballinascreen with a home win over Carrickmore.

With their county players not on show, it was a second start for Jack Cassidy on the edge of the squad, with other young players Mark McEldowney and former Derry U17 duo Fintan McGrath and Ryan McPeake given a chance to impress manager Michael McShane.

Slaughtneil face neighbours Swatragh in their next game.