The Green Party councillor has found her political home on Laganside. 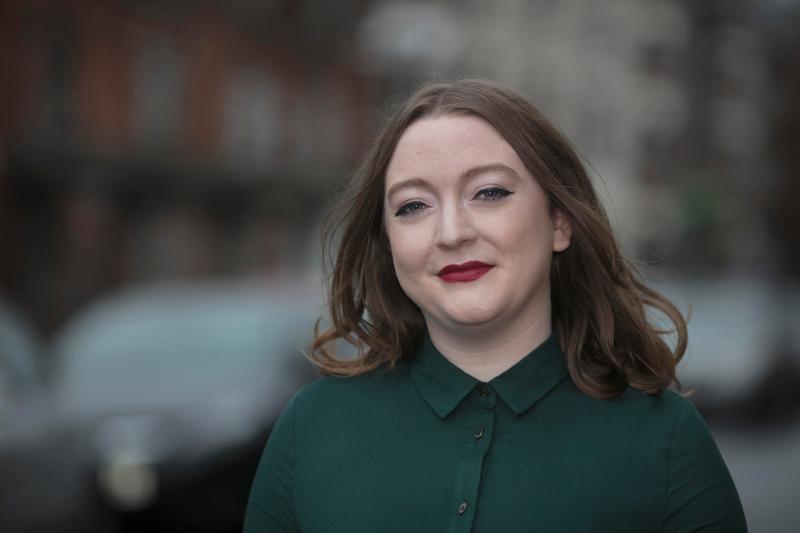 Draperstown could make a strong claim for being the most politically represented village in Ireland.

Their representation though is not confined to South Derry, or even the wider Mid Ulster area. On the banks of the Lagan, another local woman is making her political mark. 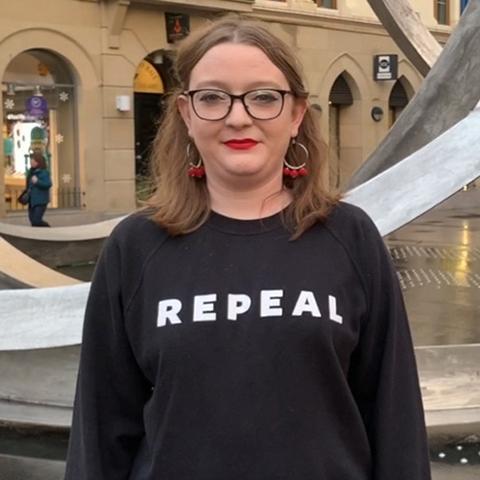 Áine campaigned during the 'Repeal' campaign in the South.

“Until you said that, I hadn't really thought about it, but the day I got elected, Córa [Corry] got elected as well, so there is quite a diverse range there,” she told the County Derry Post.

“It's good to see, I'm not sure how we managed to raise so many politicians. It means people are active and caring about their community and want to make it better.”

The 'Screen woman has recently been appointed Chair of the Council's Strategic Policy and Resources Committee and took a less traditional route into politics here.

“I'd always been political, in a small 'p' sense, I was always very aware and had been involved in campaigns, but I'd never found my political home,” she said.

“Until I came across Clare Bailey. She was a different voice for politics here and that appealed to me. I'd been away for a while; in Dublin and in Latvia as well.

“When I came back to Belfast, I was hoping to get involved, and then she got elected, which was an incredible moment for me to see.

“As a young person who'd grown up in Northern Ireland, to see someone like Clare elected for the Green Party was pretty groundbreaking.

“I ended up going to work for her, in her constituency office, and it grew from there. I joined the party on the same day, and I became more involved.

“I've been living in south Belfast now maybe six, seven years, so it's been my home for a while now.” 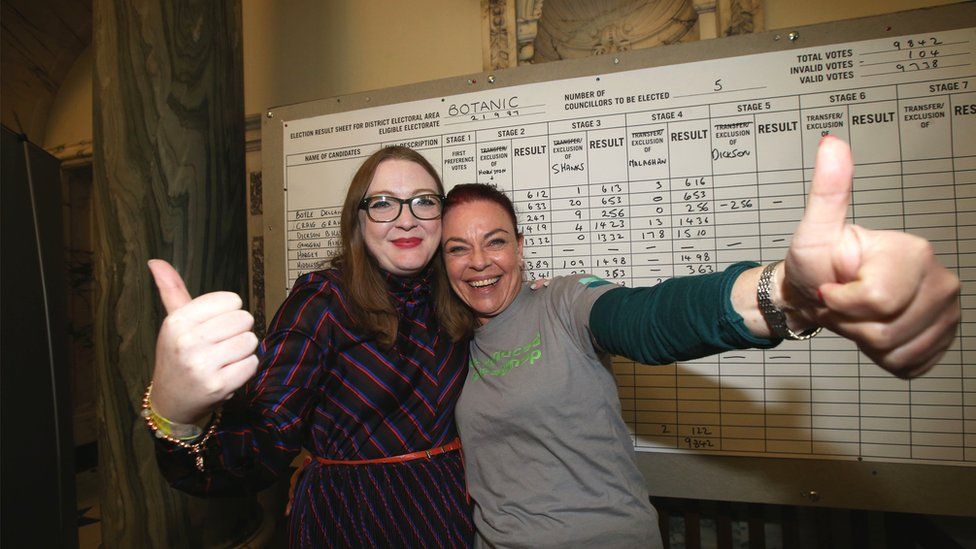 Though not traditionally strong across rural areas in Northern Ireland, the Green Party's progressive policies appealed to Áine, who was keen to look through the lens to the future rather than the past.

“I always wanted to see a better future, but I just couldn't see how the traditional parties were going to achieve that,” she said.

“They weren't talking about the things that mattered to me, and then the Greens came along and they were pro-LGBT rights, pro-women's rights, and talking about climate change long before anyone else.

“The Greens were a forward-thinking party, and that's what Northern Ireland needed. I'd been out of Northern Ireland at that point for five, six years, so for me coming back, they were the future.”

Those social issues have been at the heart of political debate here in recent years, with the amendment to the law on abortion prompting visceral reactions on both sides of the debate.

A bill to create 'safe access zones' outside healthcare clinics has been brought to the Assembly by the Green Party's Clare Bailey. 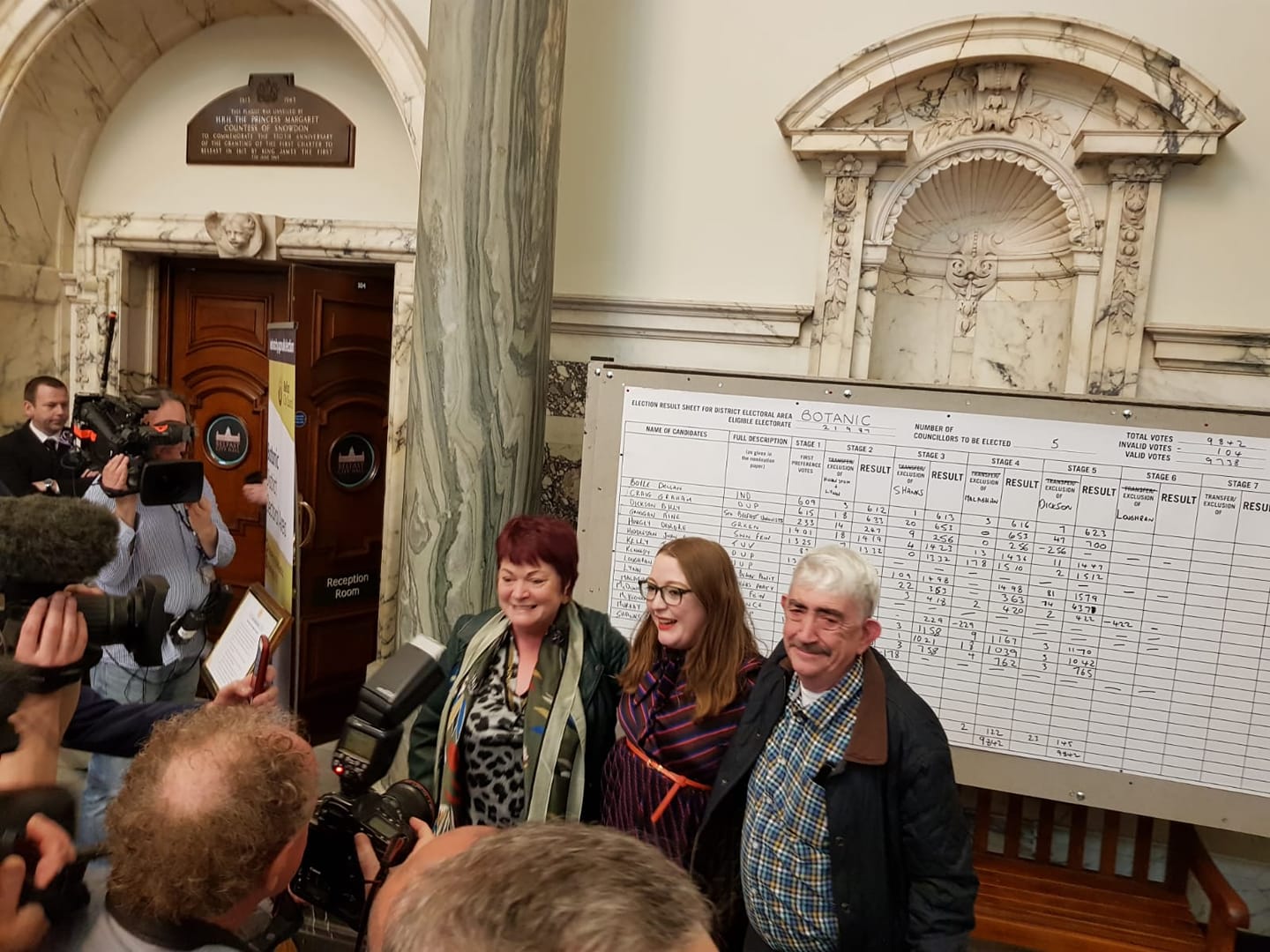 Celebrating being elected in May 2019.

The bill would see an end to anti-abortion protestors gathering outside clinics, a practice that while initially most prevalent in Belfast, has recently become more common in rural areas.

“Standing outside our hospitals is not appropriate,” said Cllr Groogan.

“Regardless of your view of the legal change here, a woman going into a healthcare centre doesn't want or need to be harassed.

“Some of those women may have had miscarriages, and be traumatised by some of the images and tactics that are being used.

“It's not the appropriate place. If you want to protest against something – grand – go and do it at Stormont to those who can actually affect the change.

“I completely understand people have different viewpoints and the right to express them and lobby for change, but the place to do that is not outside our hospitals.

“The court cases have gone through, we know what the human rights implications are. There is a duty on the part of the Department to commission those services.

“It breaks my heart to see how many people have been affected and are still being affected. It's not some hypothetical, moral question, they're playing with people's lives.” 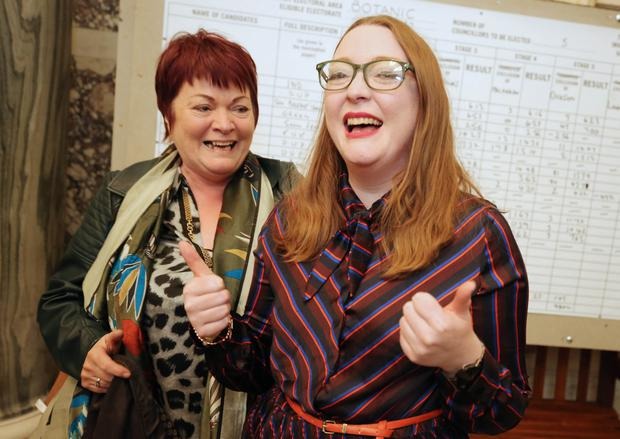 With mum Rita at the count centre.

The Green Party is stronger in the Republic of Ireland, where they polled 7.1% of first preference votes in the 2020 General Election, as opposed to just 2.3% in the 2017 Assembly Election in the North.

Their traditional voting base is centred around the metropolitan areas of Belfast and Lisburn, but Áine says the winds of change are blowing westwards.

“At the last council election, we got eight councillors across the line, which was huge for us and we were obviously starting to branch out a little bit,” she said.

“We have a Mid Ulster Greens group, which is fantastic, and we've one set up in Causeway Coast and Glens as well.

“West Tyrone Greens and Fermanagh and South Tyrone Greens have both been going for quite some time, so we are starting to see a bit of growth in these areas.

“That's important for me, being from South Derry; I want to see the Greens expanding because their politics works for everybody.

“They're still new to people and that's why the growth is a little bit slower, but we are starting to see that changing in recent years.”

Situated in Áine's council DEA is the Holyland area of Belfast. The area has been a popular destination for County Derry students for decades, but has been blighted by anti-social behaviour.

The Botanic councillor says although the behaviour of students has rightly come under scrutiny, greater focus also needs to be on landlords in the area, who continue to benefit from the chaos.

“The Holyland is not the party-land people think it is. It's a diverse area, there is a primary school, old people's homes and it's not just all young people,” she said.

“It's got a bit more sinister in recent years; there are a lot of different elements in there. It has the highest crime rate in Northern Ireland.

“It's not a particularly safe place to live and the quality of housing isn't particularly great. It's crying out for regeneration and landlords should be held accountable for what they've created.

“I've had students contacting me to tell me they've moved into a house and it doesn't have a toilet, that sums up the madness of it all.

“The landlords are profiteering off the situation and that needs to be controlled. The students change every year, the one constant is the landlords.” 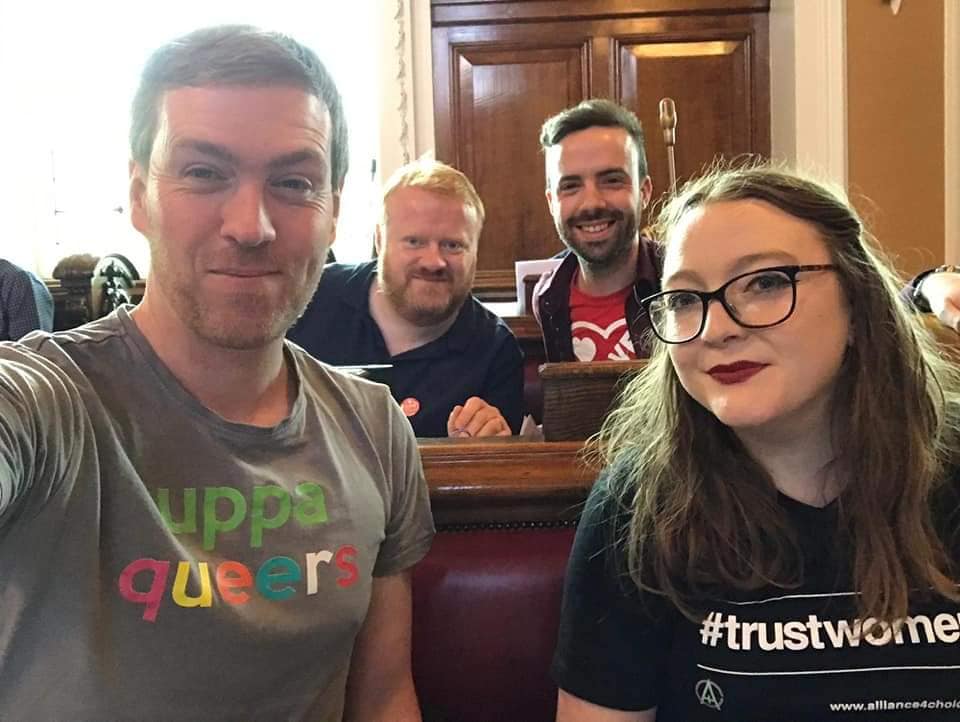 There is sometimes a perception of rural areas as being more conservative than their urban counterparts, but Cllr Groogan feels it is a perception without foundation in reality.

“Belfast is maybe a bit ahead of the curve on that, but I don't think people are necessarily any different,” she said.

“When it comes to Northern Ireland, the people are often further ahead than their politicians, that's always been the case here.

“You're seeing the 'other' vote increasing across the board – look at how Alliance did. They've picked up a couple of seats west of the Bann, which is great to see.

“I'm proud to see that 'other' vote coming through, because I know it's there. I know people are not more conservative there, or anything like that.

“It's about having credible people there to vote for and starting to see the other options out there, which I think is starting to happen.”

The Mid Ulster councillor has also discussed development plans for the Plantin' in Draperstown.

Moyola councillor Catherine Elattar tells Liam Tunney about facing discrimination in England, prioritising the need for affordable local housing and how sharing a chain of office with her proved difficult for one local DUP councillor.

Liam Tunney speaks to Mid Ulster MLA Emma Sheerin about being characterised as the 'green DUP', facing the electorate for the first time and how she is making gender equality a priority.

Liam Tunney speaks to Mid Ulster SDLP MLA Patsy McGlone about almost becoming Speaker in 2020, the push for climate change legislation and the tragedy of losing a child during his first Assembly election campaign back in 1998.