The Mid Ulster councillor has also discussed development plans for the Plantin' in Draperstown. 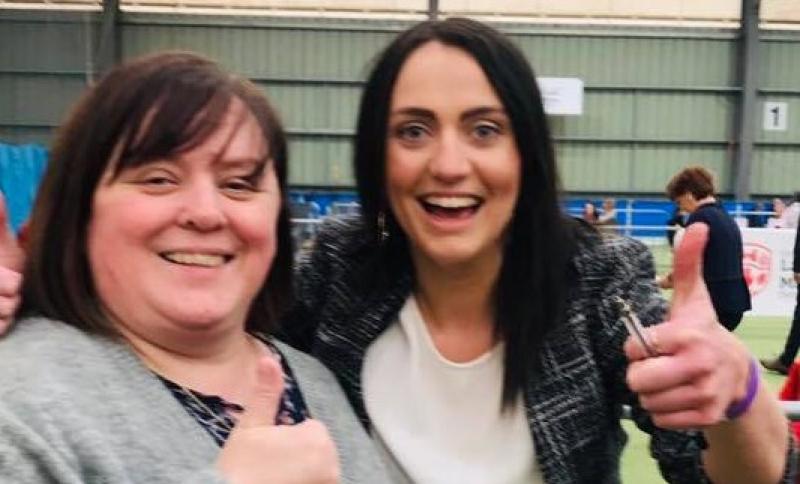 Moyola councillor Catherine Elattar tells Liam Tunney about facing discrimination in England, prioritising the need for affordable local housing and how sharing a chain of office with her proved difficult for one local DUP councillor.

Liam Tunney: Why did you get into politics?

Catherine Elattar: I suppose growing up in Ballinascreen in the 1970s and 1980s, you couldn't help but notice what was going on around you.

You would come home from the youth club, or Irish dancing classes, and there would be soldiers lying in your garden.

I've always had a community-based job, and when I came back from England I joined Sinn Féin. I was asked to stand for election in 2011 and that was a big honour.

LT: Being in England in the late 80s and 90s would have been a difficult time for Irish people living in England?

CE: It was. There were a lot of things going on at the time. My son was born in 1990 and when he was about five or six years old we were at a birthday party in London.

One of the wee boys called him an 'IRA bomber'. It was around the time of the Docklands bombing and I had to say to his mum that it wasn't really appropriate.

They're only five and six, so they've heard it somewhere else. His mum had a word with him, and in fact, they've been best friends since then. 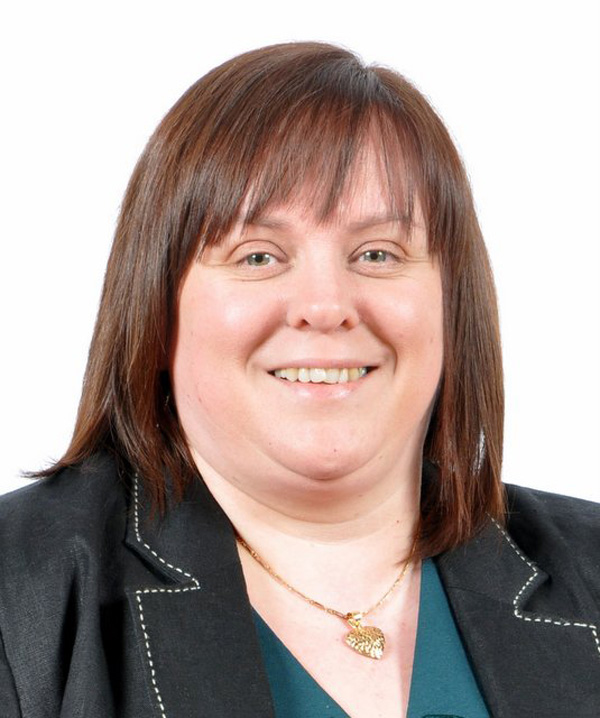 LT: What would you say has been your most proud moment?

CE: I was Vice Chair (of Mid-Ulster District Council) in 2012 and then Chair in 2013 and that was a big honour to be asked to do that. The best thing about being in those positions was being able to meet people in the local community.

We all know groups and organisations within our own area, but to be able to meet them throughout the area and bring them to council was great.

LT: What has been your biggest challenge?

CE: I found it challenging when I first became a councillor that people wondered why I had joined Sinn Féin. There seems to be a preconception out there of who Sinn Féin members are.

A lot of people thought maybe because I lived in England for a long time that I wouldn't be in Sinn Féin and I don't understand why.

While I was Chair, I'd have people come along to different events and not want to shake hands with me, because I was a Sinn Féin councillor. I think that's sad, because I would never react like that to anyone.

LT: You've mentioned anti-social behaviour in the Plantin' area of Ballinascreen. How big a problem is this becoming for the area?

CE: Over the years, The Plantin' has got a reputation for people going down and drinking late at night. It's a very dark, wooded environment.

Unfortunately, some people have indulged in anti-social behaviour like destroying the benches, ruining the bins, wrecking fences and all that sort of thing.

There is going to be work done in March where some money is going to be spent to repair those benches and put in low-level lighting to encourage people to walk round it in the evening time.

Hopefully, anyone carrying out anti-social behaviour won't want to be down there because they will be too visible. 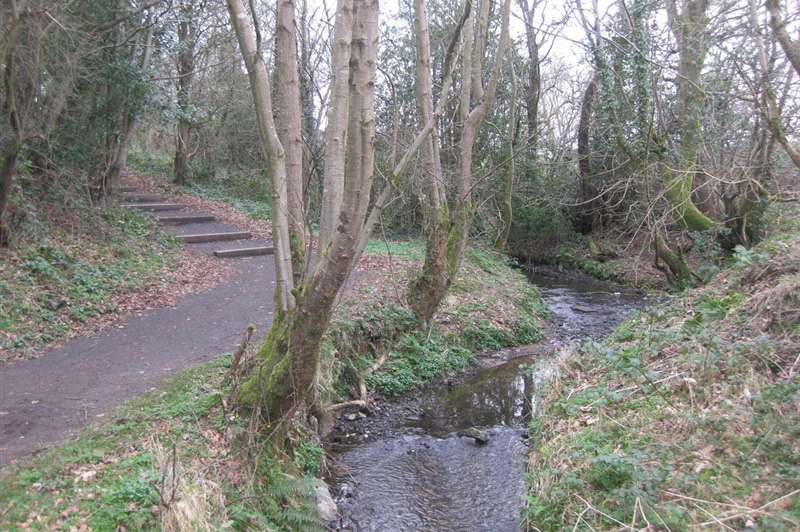 The 'Plantin' has been the scene of anti-social behaviour in recent years.

LT: You mentioned in an interview at the time that you had some issues working as Vice Chair while the DUP's Paul McLean was Chair. In the years that have passed, have cross-party relationships improved?

CE: No. People do work well on a cross-party basis on council for local residents, but when it comes to public events or to media, unfortunately people like to play up.

One of the difficulties I had with Paul McLean was that we only had one chain of office. We would both carry out different duties as Chair and Vice Chair, and that chain was always historically shared.

Paul McLean didn't want to share his chain with me. I don't know why, because the functions I was doing, he would never have wanted to do them.

He did share the chain at the beginning, but then stopped. To me, that was a petty thing.

LT: You've mentioned Davagh and Iniscarn quite a lot in recent meetings. How important are those resources to the local area?

CE: We were all very excited about the Dark Skies centre opening at Davagh, because obviously the trails have been a big success up there.

It will be great for the local community. When you travel round Ireland and look at the scenery, we live in a beautiful part of the world and we should be promoting it more.

Iniscarn is the same. People are going out more, exercising outside and Iniscarn goes up to Slieve Gallion. It's spectacular up there, but we'd been having problems with adequate parking.

Local people were concerned about road safety and farm vehicles trying to get around and do their daily work.

Thankfully the council has come to an interim arrangement for people to park at the chapel car park in Keenaught and discussions are ongoing with Forestry Service to provide extra parking for people. 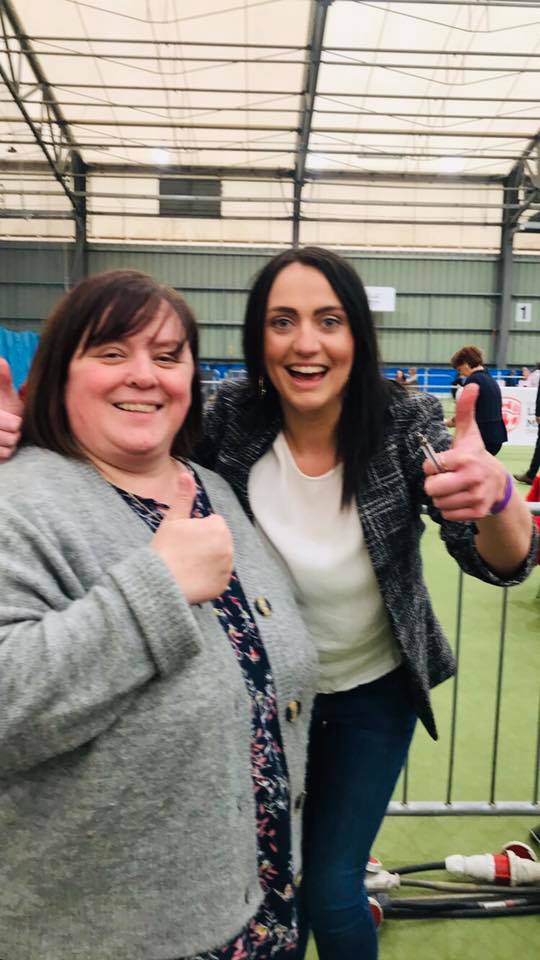 Cllr Elattar at the 2019 council election count along with Emma Sheerin MLA.

LT: Finally, is there anything in particular you'd like to achieve in the remainder of council?

CE: I would like to see more housing in local rural areas. Mid-Ulster is a very popular place to live. Rent can be quite high, so it would be good to see more social and affordable housing in the area.

Now the Housing Executive are able to borrow again, they could build the two or three houses in a rural area that are needed and that the housing associations won't build.

People grow up in an area and they want to stay there, send their children to the local school, the local GAA club, but they can't afford a house in the area they want to live.