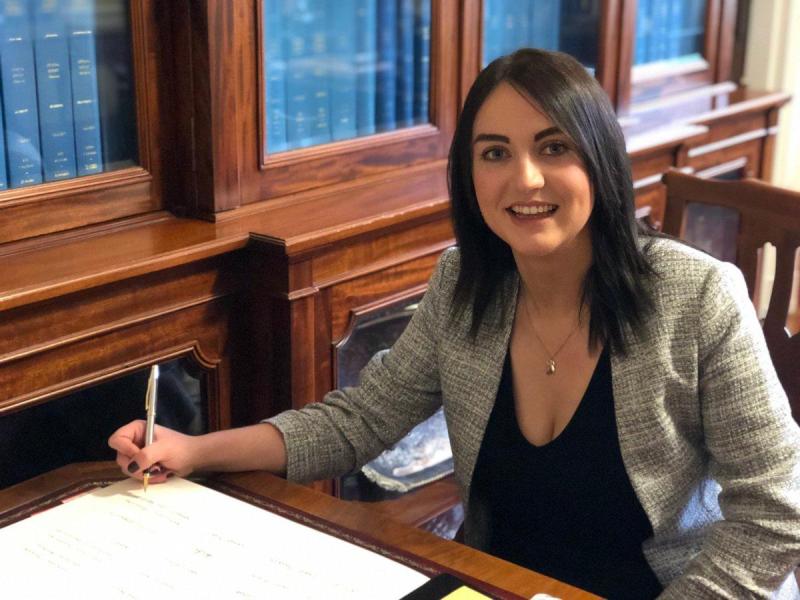 Liam Tunney speaks to Mid Ulster MLA Emma Sheerin about being characterised as the 'green DUP', facing the electorate for the first time and how she is making gender equality a priority.

Liam Tunney: How did you first get involved in politics?

Emma Sheerin: One of our councillors, Brian McGuigan, is from Ballinascreen, would have been active in our area. I got chatting to him and that's how I got involved with Sinn Féin in our area.

Learning about British influence in Ireland and all the damage that had done, and the hurt and pain that had been caused through the generations as a result, I could see Irish unity as the solution.

That's what I became focused on; the reunification of the country and seeing this place recognised as it should be, in my view.

LT: What has been your biggest achievement?

ES: I would say the wins for people on the ground. When somebody contacts you about a care package, or a big pothole outside their house which is a safety issue, those are the biggest wins.

If someone comes to you with a problem that is causing them anxiety, and you can do something that gets that sorted, the sense of satisfaction is great.

LT: And your biggest challenge?

ES: It really winds me up when we get compared to the DUP and characterised as a green version. We are polar opposites in every way.

We're a left-wing progressive party, but we get characterised as another version of the DUP, and that easy narrative is completely inaccurate.

We're not opposed to the British monarchy because of individuals within the British royal family, we're opposed to it because it sets one group of people above everyone else.

LT: You were co-opted in 2018 for Ian Milne. Your first election campaign will be coming up – are you excited or apprehensive?

ES: Elections are always an interesting time, there is high pressure, hard work and long days, but I'm relishing the opportunity to get out and get chatting to people.

The idea of getting involved in the discussion is one thing, the idea of being up for election itself is obviously daunting.

I'm there as a member of an incredible team. We have 17 class councillors in Mid Ulster, so it's not like I'm going in without support. 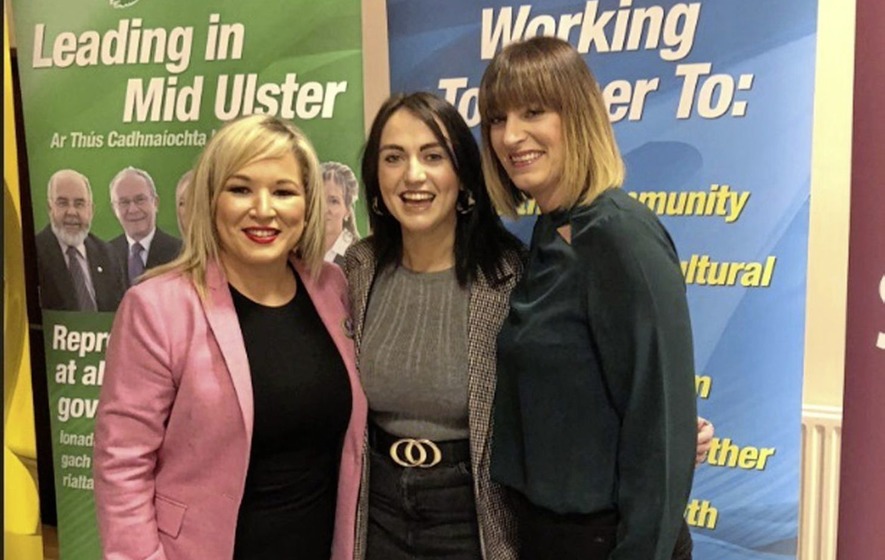 LT: As a young woman in politics, have you faced any online abuse from anonymous trolls?

ES: I do get troll accounts and faceless people. I remember the night I was selected and people were on social media congratulating me and welcoming me to the MLA team.

This one person put up a meme of a wee pig running around with the caption 'oh great, another pig in a skirt'.

I cracked up laughing. get more frustrated on social media when it's people that I know parroting out something that isn't true than I would be about faceless accounts calling me names.

LT: You're the Equality Spokesperson for Sinn Féin. Did it sit comfortably for you abstaining in the recent vote on the Severe Foetal Impairment Bill in the Assembly?

ES: We had a lot of conversations about how to handle that, and the reason we abstained was because the British government had made it very clear that they were going to uphold the law in the North.

We knew this bill, whilst making its way through the Assembly, wasn't actually going to affect any material change, because the British government were going to overturn it.

The DUP were playing politics. They used sensationalised versions of people's stories to make political gains and appeal to a certain base.

If we were going to start voting for or trying to amend, we would be engaging with them. The people that are affected by this issue have been traumatised enough and we didn't want to see that carry on.

The debate has been had, the law has been set in order to be human rights compliant. It's a very sensitive issue and people have very strong feelings on one side or the other.

LT: You're rooted in South Derry. How difficult is it to balance the constituency work with Stormont business?

ES: It can be trying at times, because when Stormont is running at full tilt, it's fairly full-on. At the minute, the schedule is cut slightly, but outside of Coronavirus, you could be here til 8,9,10 at night.

LT: Until a few weeks ago, three of the main parties had female leaders. Do you think Arlene Foster was unfairly treated by those within her party?

ES: Arlene herself, in the cut and thrust of politics, was never a progressive. She was never out there leading from the front, trying to break the glass ceiling for women.

I would be fearful of where the DUP are going next, but Arlene didn't vote to ban conversion therapy, she just abstained.

On the surface, it looks like Arlene got a raw deal but we didn't see massive steps for progression under her stewardship. 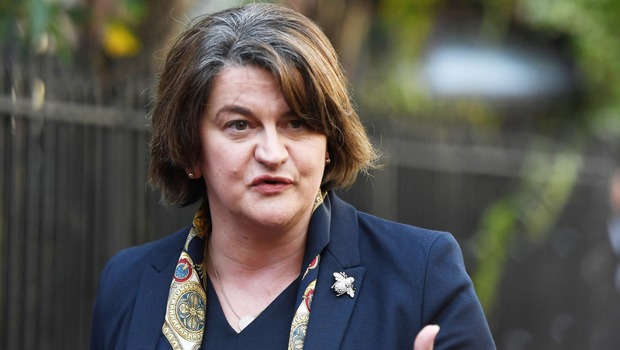 Emma Sheerin says Arlene has done little to help the cause of women in politics.

LT: Sinn Féin have had difficulties in Derry City over the last few weeks. Does it leave a possibility they could concede further ground to the SDLP in Foyle?

ES: We would have election reviews in every area and I really don't know how we saw such a big loss in Derry two years ago.

We can't worry about what anyone else is doing, we focus on ourselves. We wouldn't like to pre-empt what the results would be in a year's time but we hope to return two Sinn Féin MLAs in Derry.

I know Karen and Martina are hard, hard workers and have been active on the ground. Obviously the results we've had have shown we've had problems and that has led to the decision.

LT: Finally, is there anything you're hoping to achieve in the remainder of this term?

ES: I'm working on a Private Member's Bill at the minute around gender budgeting. It's about identifying decision making for the government in the North where they don't factor women in.

You end up with these sort of systemic, built-in inequalities from a starting point, so it's trying to tackle that at root cause so outcomes are more likely to be equal.

The impact of Covid-19 on women has shown up they are more than likely to carry the burden of domestic responsiblities or caring responsibilities. We want to fix that imbalance