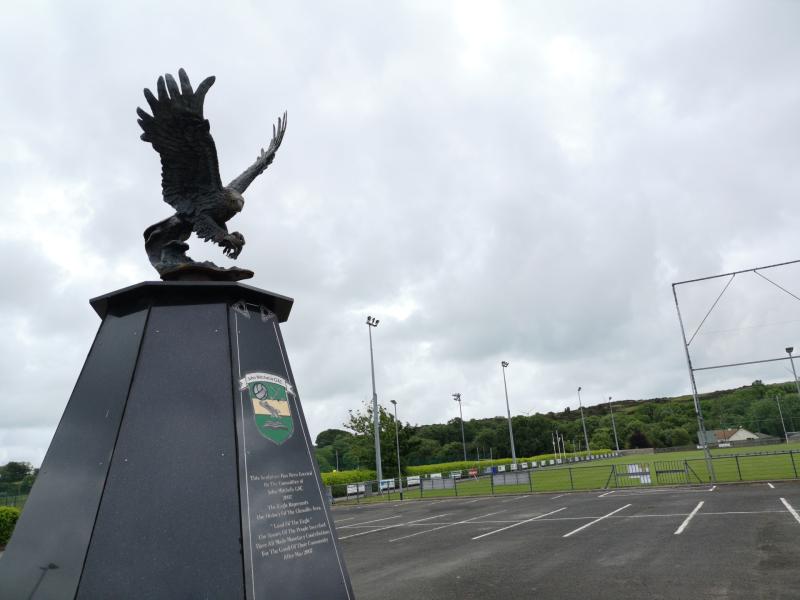 Today's assignment is a delicate one; navigating intra-parish rivalries in the north Derry hills.

Coming through Garvagh, the painted kerb stones give way quickly to rolling countryside. A decorative sign welcomes visitors to Glenullin just outside the town.

It's a good stretch of the Tirkeeran Road before it yields to the Glen Road and the village appears, the spire of St Joseph's Church peeking above the trees signalling your arrival.

I park across from the chapel, in an empty car park that backs onto a row of houses. Glenside Park sits across the road, opposite a sign for the Eagle Glen Shop down the hill.

A pile of reddened branches sits in the corner, preened from the trees that surround the car park, currently swishing in the warm breeze.

In the breaks, there are mountains in the distance, foregrounding the stone wall that acts as the perimeter to the car park.

A man in a white van rolls his way in slowly, driver's window ajar as a lit cigarette rests comfortably between his fingers.

Apart from him, there is not a sinner around.

John Mitchel's GAA club grounds sprawl out at the bottom of Curraghmore Road, the 3G pitch on the left hand side with the main pitches on the right. 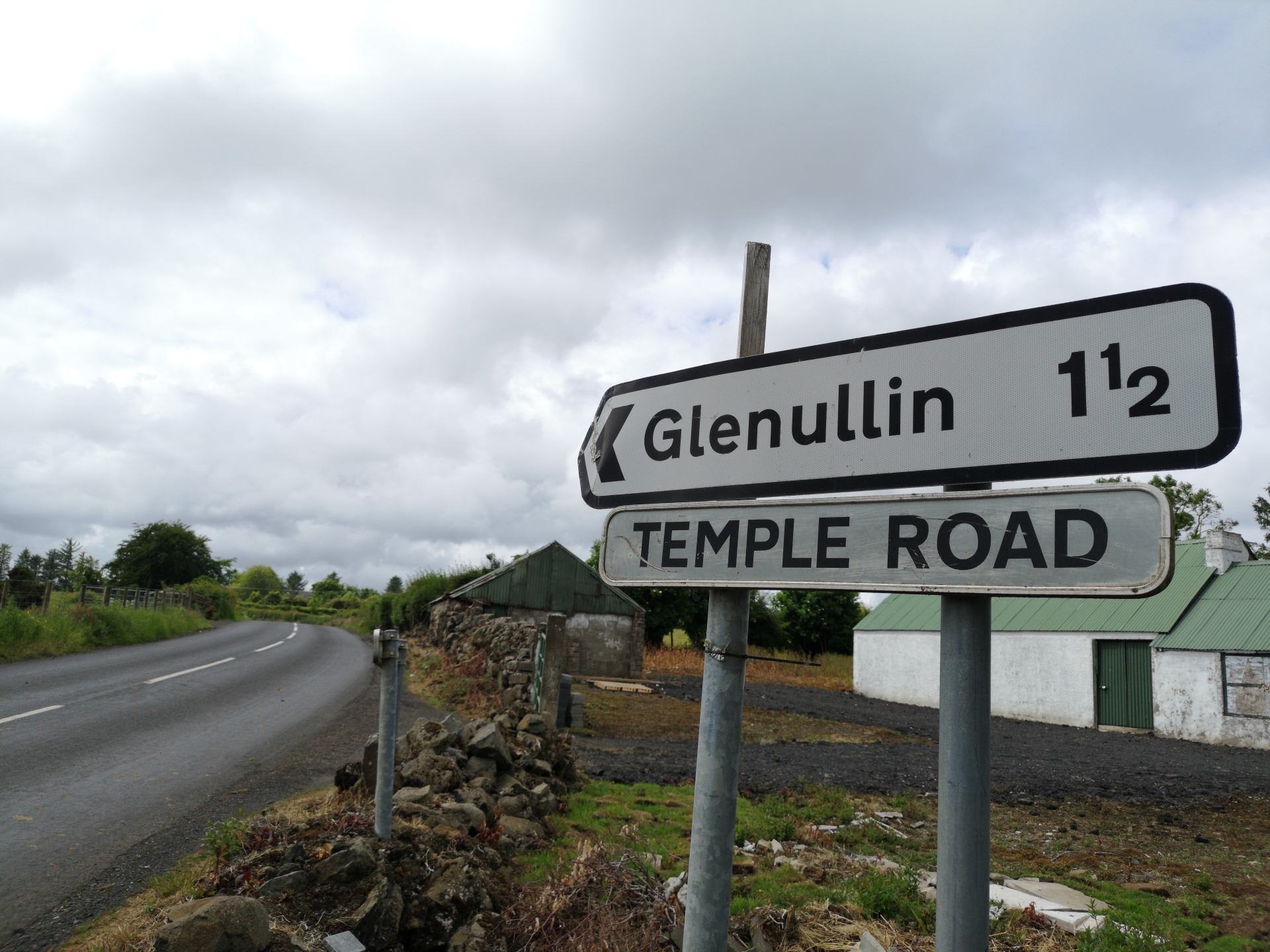 A few cars are dotted around the tarmac, in the centre of which sits a statue of an eagle, from which the area – Gleann an Ioláir (Glen of the Eagle) – derives its name.

The similarly named Eagle Glen Shop, a Costcutter outlet attached to the club rooms, became the first supermarket on GAA grounds when it launched in 2016.

Beforehand, the residents of the village were having to travel to nearby Garvagh or Dungiven, but the shop has joined the GAA club as the area's focal point.

Mairéad Hasson goes to fetch store manager Eileen Lagan, who tells me the last year has emphasised how important the shop is to the area.

“It's been tough on everybody. There were a lot of people from round here isolating, especially the elderly,” she says.

“We put on a good wee delivery service for them, some of the Committee helped with delivering it to their houses.

“Our duty was made a lot more important really, because you were on the ball all the time, even getting the deliveries and making sure we had stock, because some things were unavailable. 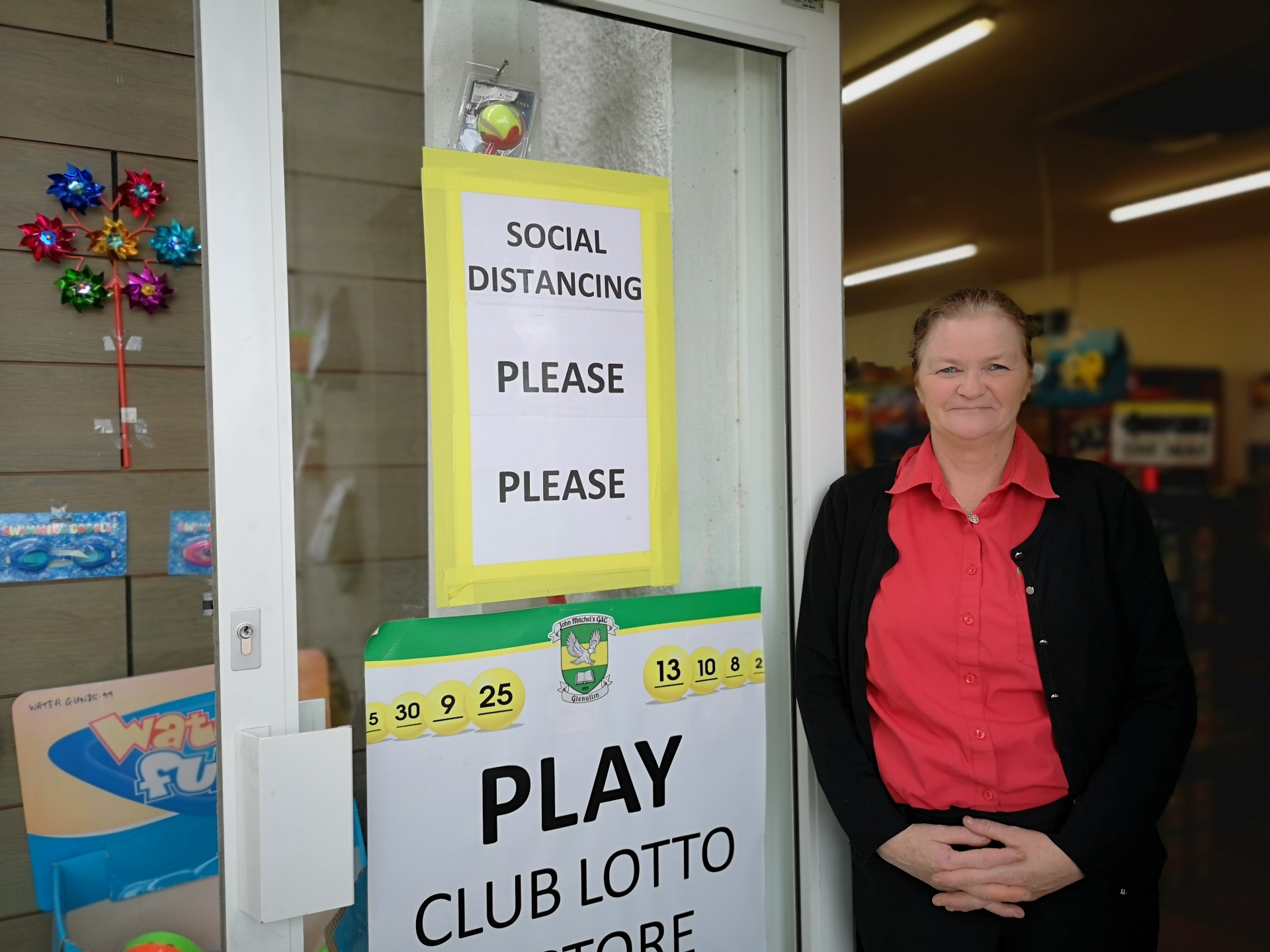 “Some of us had to go as far as Musgrave Hardware, our Committee boys would have phoned and asked what we needed and brought it down.

“That's how bad it got at the start of Covid, and then as time went on, things eased off a good bit. Everybody pulled together.

“Everybody is very close and they help each other out. If I was to ring to ask if someone could bring two bags of coal to a house, that would have been no bother.”

The upturn in the public mood that has accompanied spring turning to summer has not gone unnoticed around the village.

Eileen says the return of the GAA has really lifted the entire area.

“Now the pitch is opened up for the matches and stuff like that, we're getting that back. All the locals come to us,” she says.

“If this thing keeps at bay and the sport can keep going, it will be great. Last summer, there were tournaments here and the place was crazy.”

While Eileen is looking forward – she has her eye on an international holiday - there are inevitably times where she reflects on the journey of the last year and a half.

She feels the shop and the village will be on the right side of history.

“We're just looking forward to things improving. We'll probably never be Covid-free, and while it's here, we'll be wearing our masks to protect our wee, frail customers that are coming in,” she says.

“If anything big like this happened again, I think everybody would be more prepared, and everyone has stuck together anyway.” 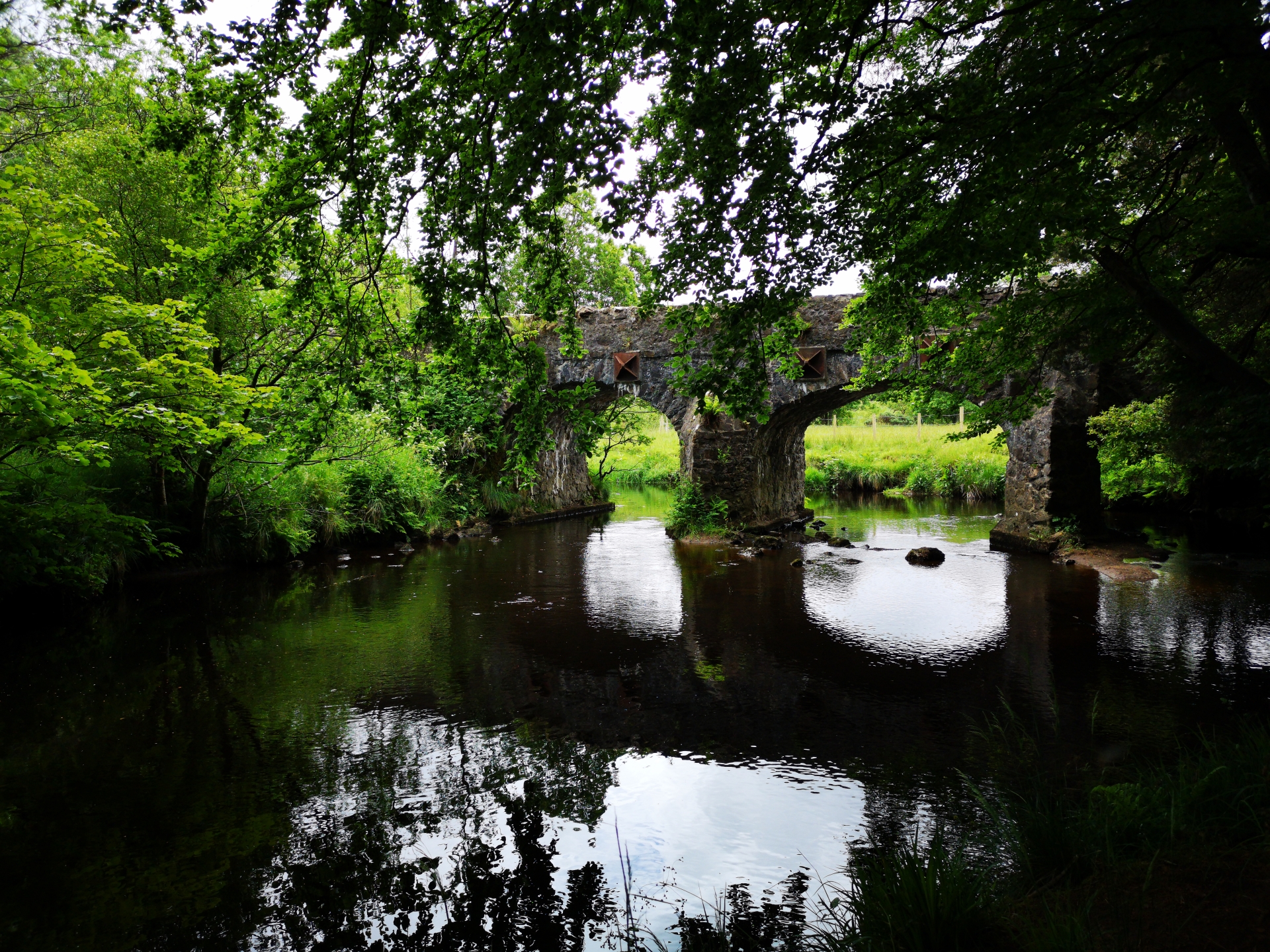 The bridge at Errigal Glen.

Before I leave, Eileen is at pains to ensure I mention she is a Ballerin woman working in Glenullin. The nuances of intra-parish rivalry can prove problematic to the unwary journalist.

Together, Ballerin and Glenullin make up the parish of Errigal, a neighbourly relationship sometimes strained between the white lines of Sean Mullan Park and Shamrock Park.

I pass the latter on my way down the hill into Ballerin, pulling into the car park beside the chapel as I did in Glenullin.

For the first time, I notice the view down the hill towards Lough Foyle, with Donegal's hills just about visible through the haze of late June.

Pupils are being ushered towards the buses and waiting parents at St Columba's PS as I come past, heading down the Mayboy Road, where a sign at Tobartee play park forbids any ball games.

On the left is a building painted in bright blue and yellow. A shutter has been lowered on the window, and an array of trophies glint through it as the sun catches them. 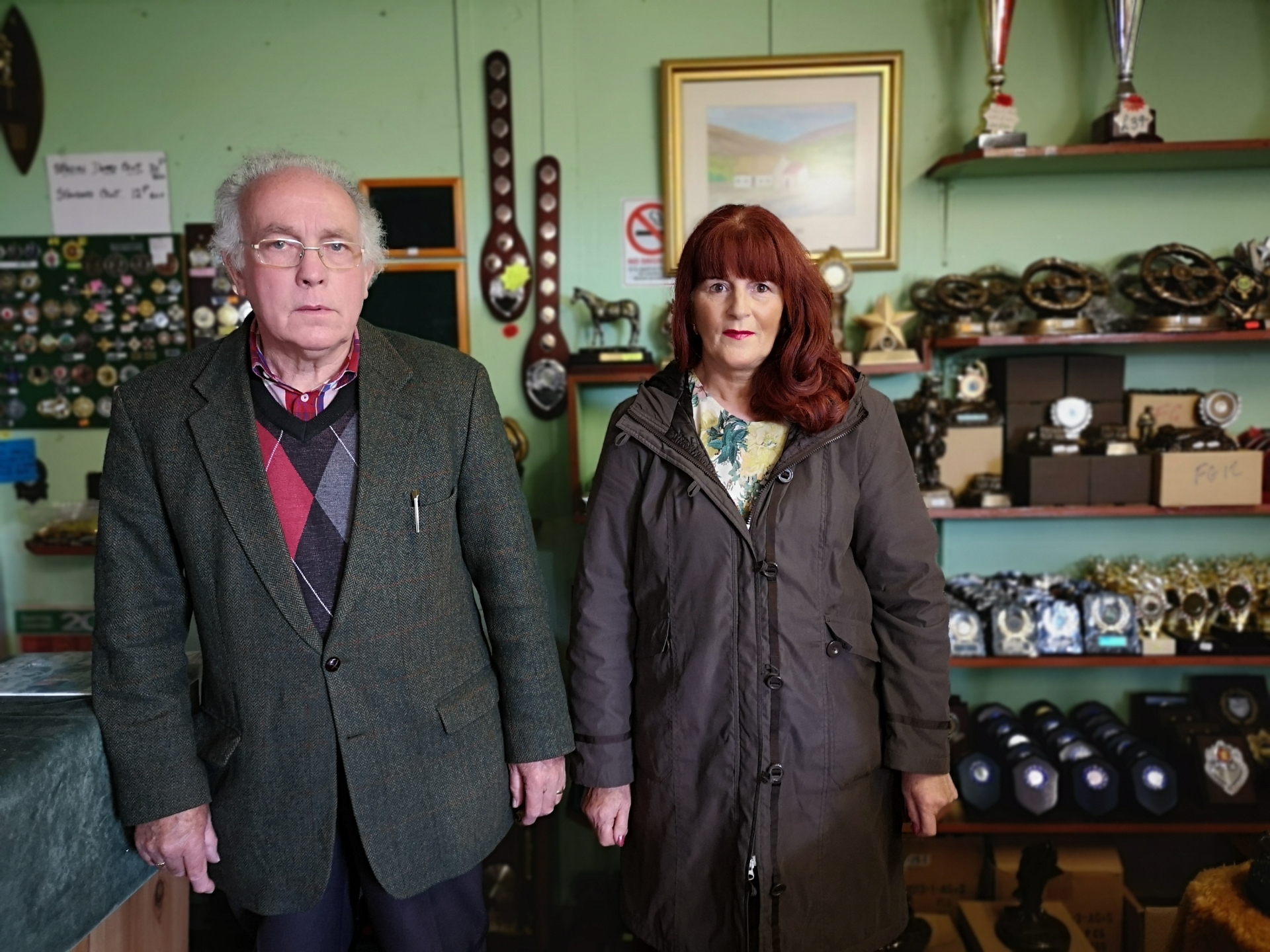 Errigal Trophies has been based in the village for over 50 years. There is no one around, but a quick phone call to the numbers posted on the door and owners Frances and Tony McGahon promptly arrive.

“The last year and a half hasn't been good, because there has been no sport. Over the last three months, there have been just a few schools, as a lot aren't running sports days,” Frances tells me.

“Tony was a joiner by trade and over 50 years ago he left and started to make his old trophies. There are some old ones out the back that he made with wood.

“Over the last few years, we have bought some in, but we've so much marble and stock that have built up over the last while.”

The range of sports represented by the countless trophies that fill the shop is extensive, and Tony explains how his upbringing was steeped in sport and competition.

“We were a sporting family.

“There were nine boys and between boxing, football, soccer and Gaelic, we were into everything,” he tells me.

“Somebody would have said 'sure that boy you were fighting was for nothing' and then there might have been a row in the house at 3 o'clock in the morning.” 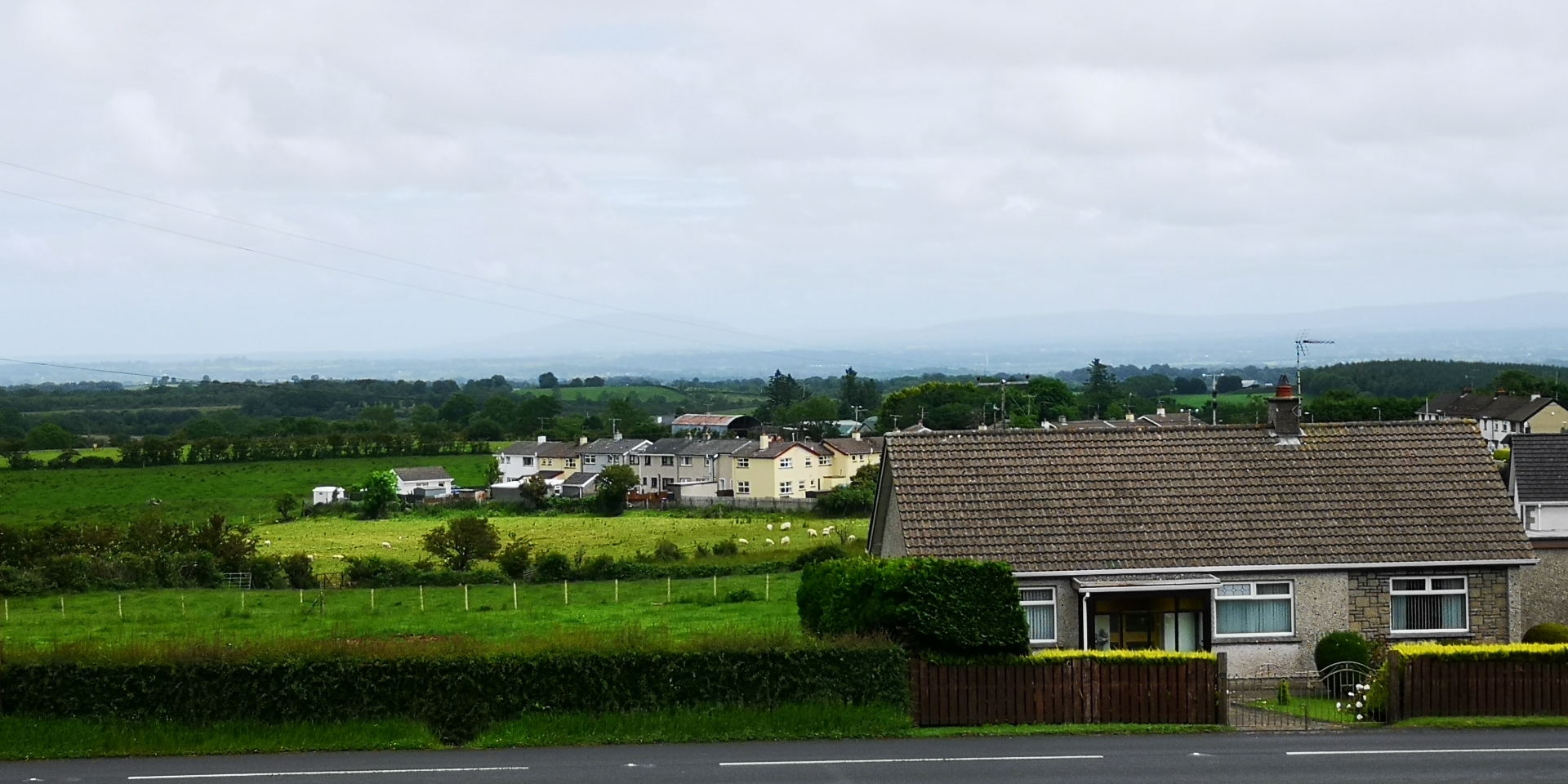 The view from Ballerin down to Lough Foyle.

Frances says she has noticed a relaxation in attitudes towards the pandemic and its guidelines, but the anticipated free-for-all is still some way off.

“It has relaxed a wee bit at the minute, but you need to be careful,” she says.

“There's still very little going on. We would go to Garvagh most days, because Tony likes to get the papers.

As I make my way back up the hill towards the car, Frances and Tony pull in and offer me a lift. I politely decline, shank's mare being sufficient to take me back to the car park.

The gesture is an example of the people of Ballerin and Glenullin's willingness to go out of their way to help others.

It's a trait that has endured throughout the Covid-19 pandemic, and one that saw those parish rivalries set aside for the overall benefit of the community.

They'll no doubt be picked up again the next time a size five is involved.

The quiet County Derry town is continuing its return to normal.