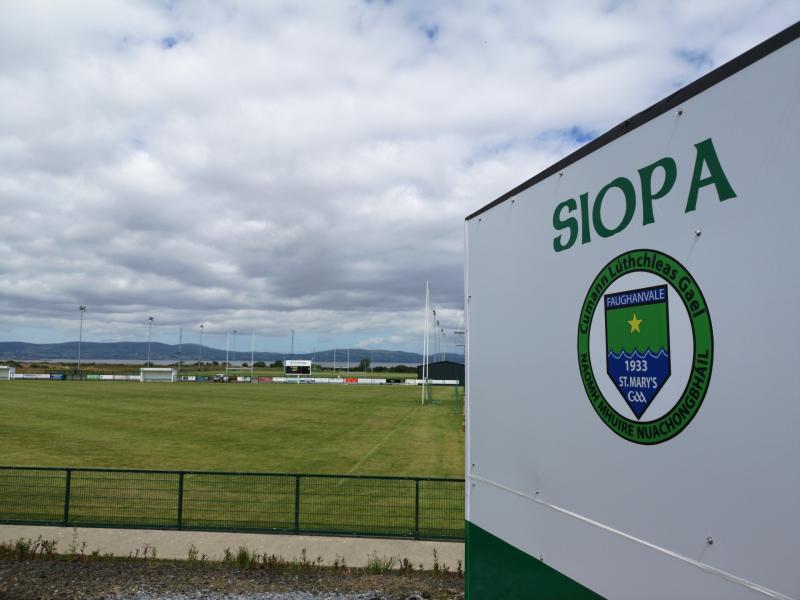 The mercury is touching on 14 degrees as the signs for Greysteel flash past on either side of the road. Lough Foyle is spread out to my right, shimmering blue as the clock ticks towards midday.

Lunchtime traffic slows to a crawl on what is one of Derry city's main commuter roads. Some making the most of the good weather to take an early finish on a Friday, maybe.

Parking at the Foyle View Bar, I leave my jacket behind. It's warm, bright and sunny on Foyleside. 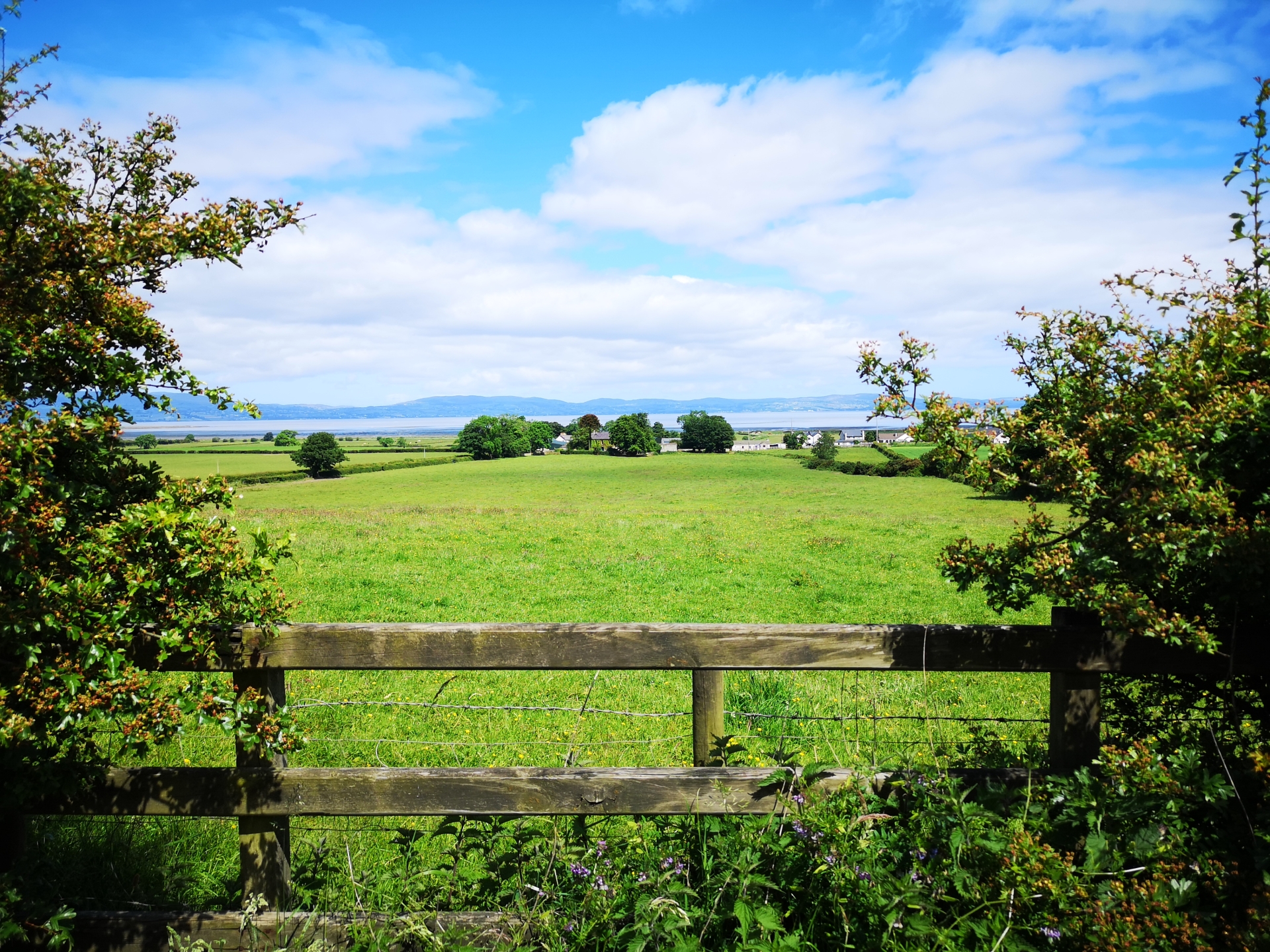 A man in a red van outside the bar is at his lunch, the window down and the radio on. I can hear the sound of BBC Talkback trying to make sense of the latest twist in last week's political pantomime.

Passers-by glance skywards as a light aircraft hums by. Many will barely remember their last time on an aeroplane.

Greysteel almost tumbles down the hill towards the sea. Houses and homes sit mainly on the higher ground, with agricultural land sweeping along the level ground towards Lough Foyle.

The landscape is dissected by the main road to Derry, and further down by the rail line; two beautiful approaches to the Maiden City.

The sound of a horn and the rattle of carriages announces the train's journey to Derry. It hurtles in and out of view among the trees surrounding the track.

Gardens facing onto the Clooney Road tell their own stories. In one, a figurine rests his foot on a football, immaculately painted in the kit of local League of Ireland side Derry City. 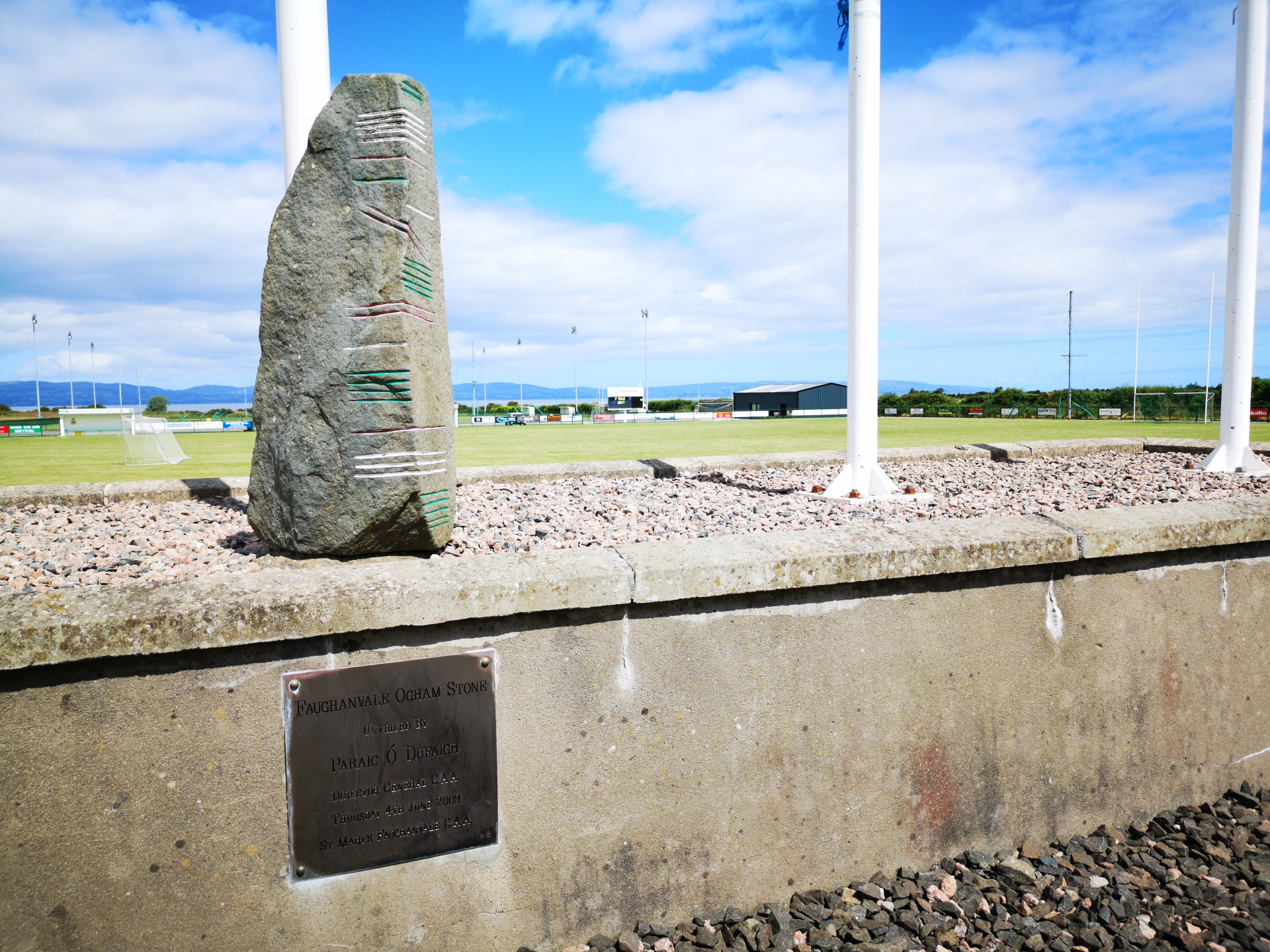 In another, a robotic lawnmower is quietly humming around an impeccably cultivated lawn, weaving along its angles. I check the drive. The owner is in, which is reassuring for the human race.

There is a tranquillity to the everyday scenes playing out on the houses visible from the road.

A young boy in school uniform helps an elderly woman, presumably his granny, with the gardening.

An ambulance siren disturbs the peace.

It races down the road, rounding another, less urgent ambulance on its way past the speed limit signs heading towards Ballykelly.

Further down, St Mary's GAC Faughanvale's facilities, set in front of the Donegal mountains and Lough Foyle, score a solid 8 on the Cushendun scale of picturesque GAA grounds.

At the other end of the village, a vintage car rolls through, a burst of laughter emanating from the open window as the bridal party's nervous excitement takes hold.

Weddings are also on the agenda at the Vale Centre, a popular business park situated next to the village's football pitch just off the main road. 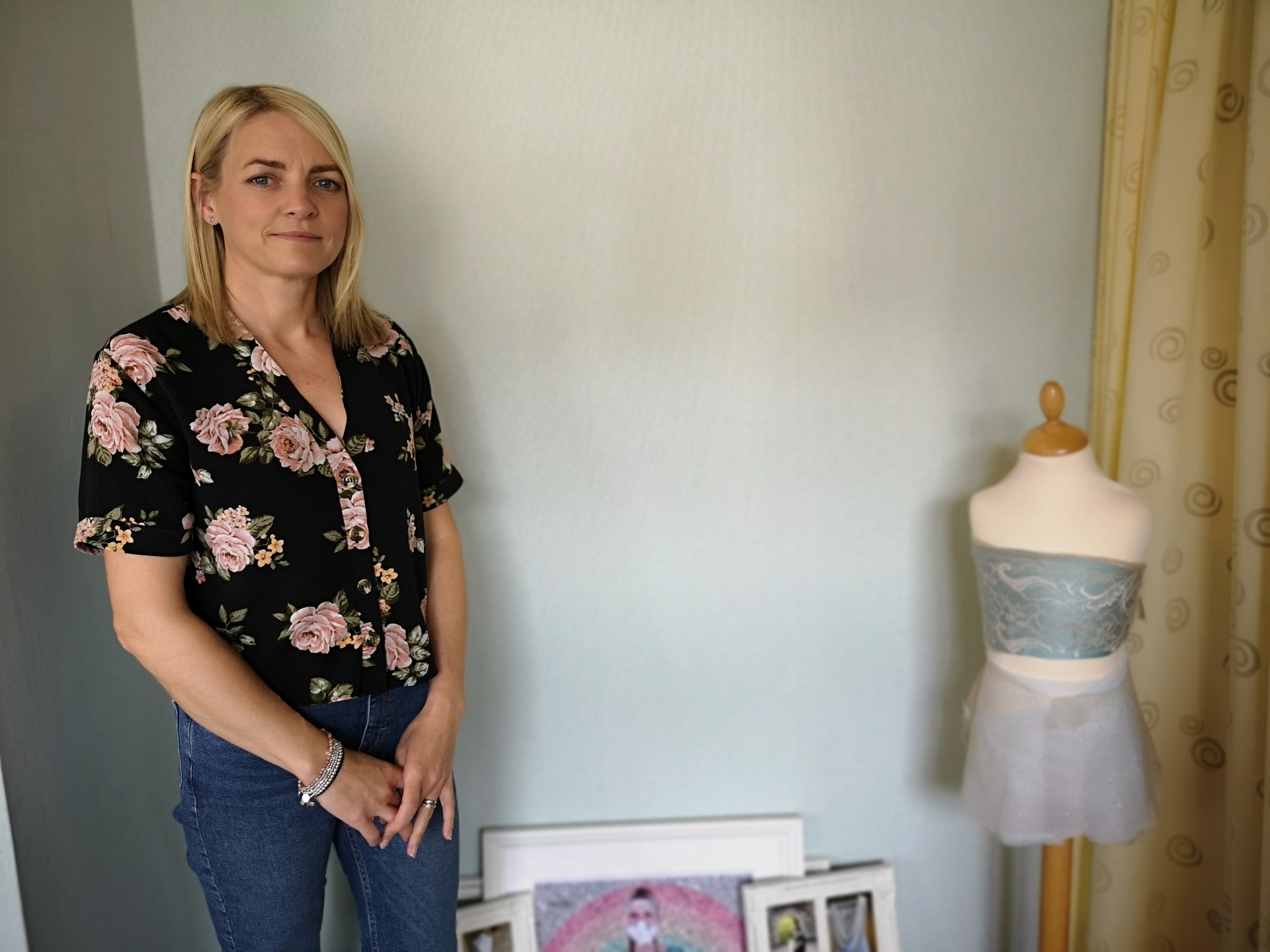 Lorraine McGonigle in her shop at the Vale Centre.

Lorraine McGonigle runs her dressmaking and alterations business from one of the park's units, and tells me she has been flat out since restrictions eased.

“I am busy now, but I would be busy like this anyway,” she says.

“There is a backlog, but there are people you have to say no to as well, because you physically can't do the work.

“I didn't get any help during the first lockdown, so it was pretty tough that way. I had up to 200 weddings postponed, and thankfully not a lot cancelled.”

During the initial lockdown period, Lorraine voluntarily made masks to help the health effort, and points out a framed collage presented as thanks from the local health trust.

Like many others, the pandemic has now forced her to change the way she works, and she has plans to return to where her business began.

“I'll be here nine years come October, but before that I worked from home,” she says.

“I am now going back to work from home, because we've ended up buying a bigger house with a separate garage.

“So I thought, 'why am I travelling up here, paying rent and rates, not getting any help?' I could be putting that money into a mortgage and having my own space at home.

“Hopefully it'll be ready by October time as my insurance is up here then. It'll save me diesel as well. I'll not miss the snowy mountains in the winter either.” 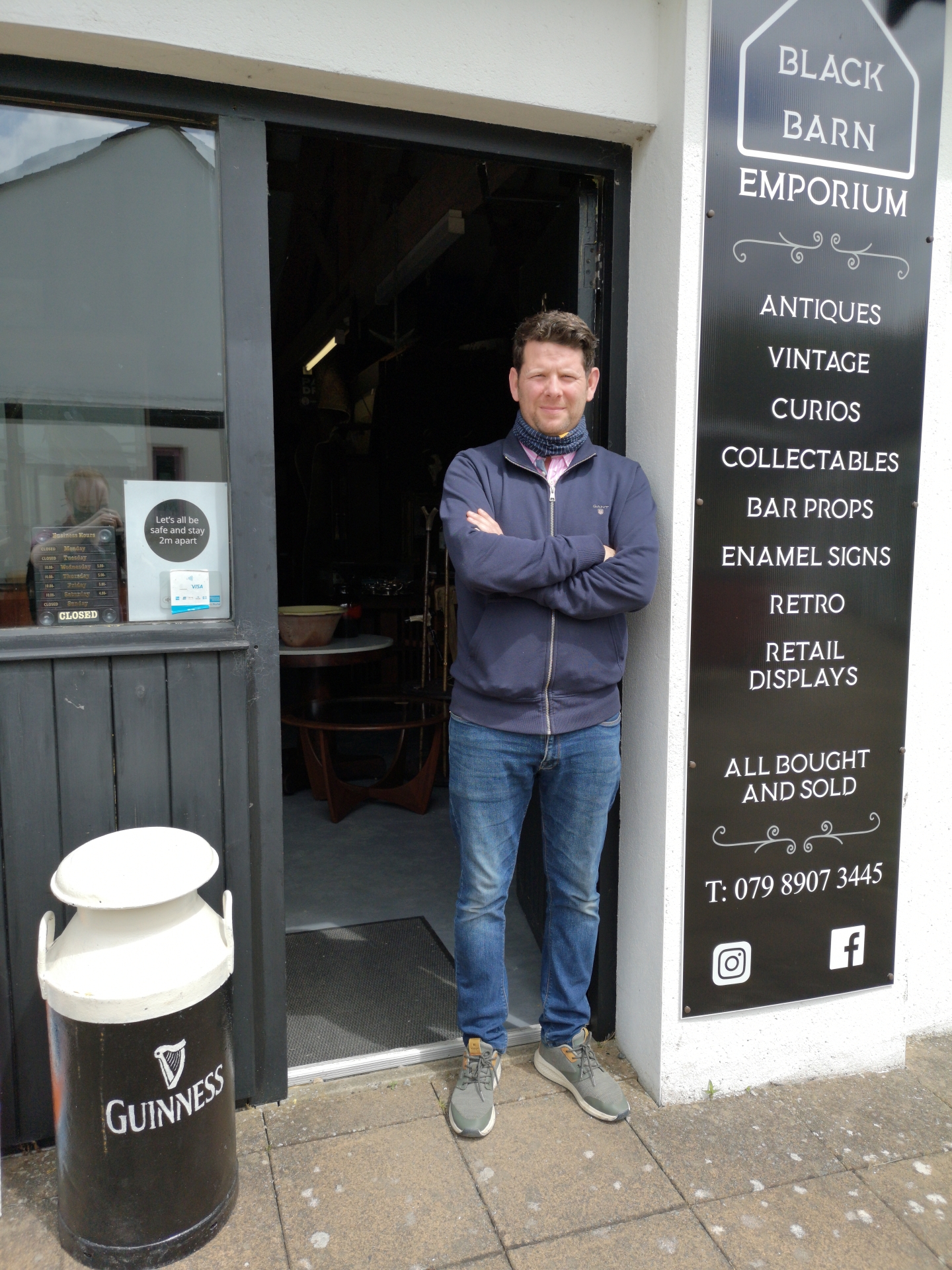 While Lorraine is coming to the end of her journey at the Vale Centre, across the courtyard, another tenant is just getting started, having had his launch curtailed by Covid.

After several years as a joiner, Belfast native Paul McDonagh opened Black Barn Emporium, an antiques store, just before the onset of the pandemic.

“We'd moved out to Eglinton and this unit had become available; it was a case of either take it or lose it, so I went for it,” he tells me.

“I had set up for a couple of weeks before we had to close for the first lockdown, but this May has been the only month we've been able to open fully.

“To be honest, the grant sort of saved us, if it wasn't for that we'd have been under.”

The Vale Centre is a hive of activity, and Paul first became aware of the available space by chance when visiting the coffee shop across the way.

“All the units are taken up. I didn't know it was so popular up here.

“One day we'd called into the wee cafe, and they'd said the unit was available, so I went for it,” he says.

“I'm actually a joiner by trade, and from renovating pubs and cafes, I had a lot of props. You see them in pubs, they're always done up with them. I got into it that way and ended up making a business of it.

“It's handy for the cafe. If somebody is coming down here, they'll nip over for a coffee, or if someone is having a coffee they'll come over and have a look; it's symbiotic.

“I love it, it's far more interesting. If it works, I'll stick at it, and hopefully I'll not have to go back to the joinery.”

Having now got a taste of normality in his new setting, Paul is hoping for a continuation as the summer moves forward.

“I'm looking forward to getting out again, maybe buying antiques off people and getting people in to sell me stuff. A lot of the auctions were still on, but they were online only,” he says.

“I just want to get out and get at it again.” 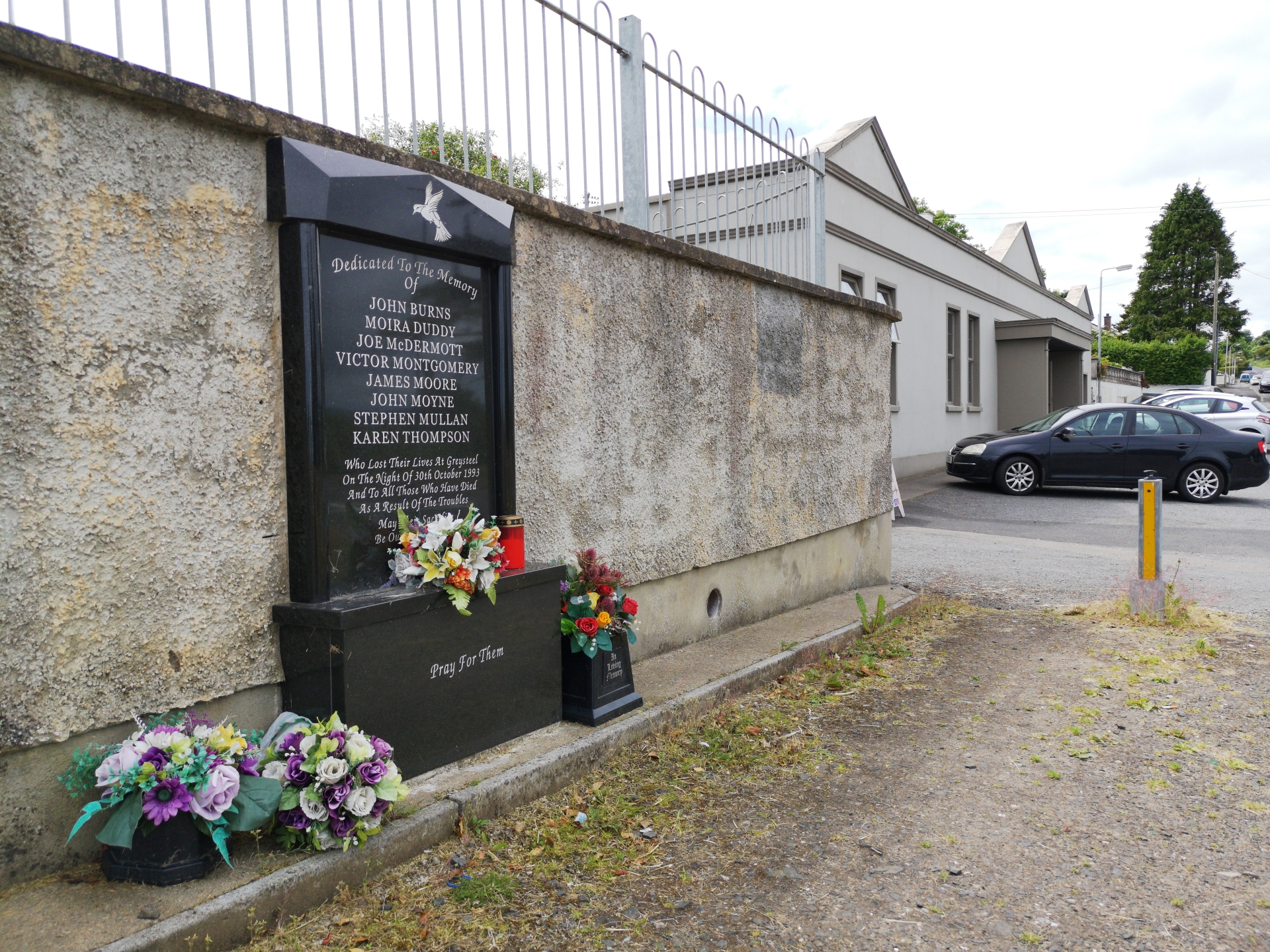 The memorial to those who were killed in the 1993 Greysteel massacre.

The Friday feeling is catching, and there are smiles on the faces of the walkers on the road. Sunshine, the continuing roll out of normality and the end of the week is an intoxicating mix.

The fact the Covid rate in the Derry and Strabane council area has doubled in the last week doesn't seem to have dampened the mood. People are looking forward, blinkers on.

Close to where I've parked the car is a discreet road side memorial to the eight people who lost their lives in the Greysteel massacre in 1993.

The beauty of the village jars with the horror of what happened almost 30 years ago in the Rising Sun Bar.

Often the first thing that comes to mind when the village's name is mentioned, it remains a reminder of the paradoxical tragedy that lies beneath the surface in many of our county's towns.

Positivity can be fragile, haunted by the ghosts of past mistakes. Covid's spectre still lingers, but looking forward makes it easier to bear.