The quiet County Derry town is continuing its return to normal. 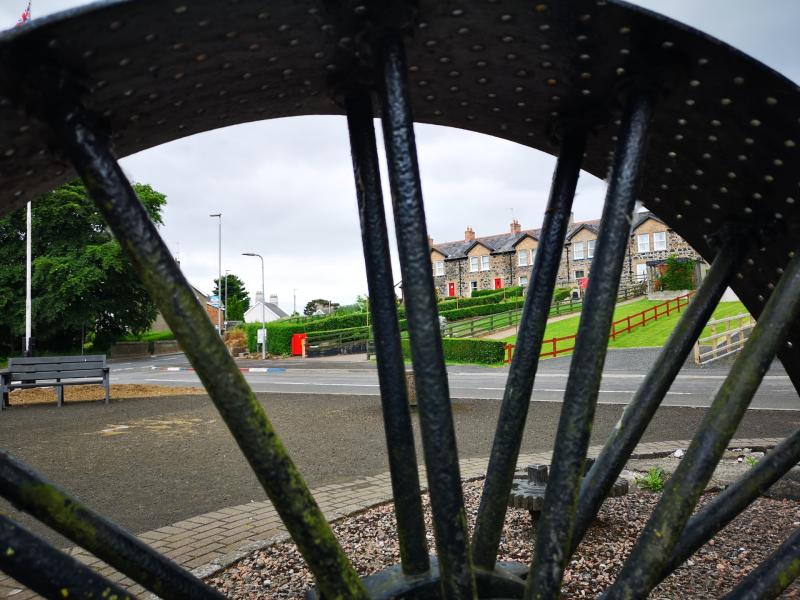 Anyone who has ever driven through Upperlands probably remembers one thing above all else. Speed bumps.

Frustrating to some, a necessary safety measure for others, but one thing the reduced speed does allow is for drivers to get a better look at their surroundings. 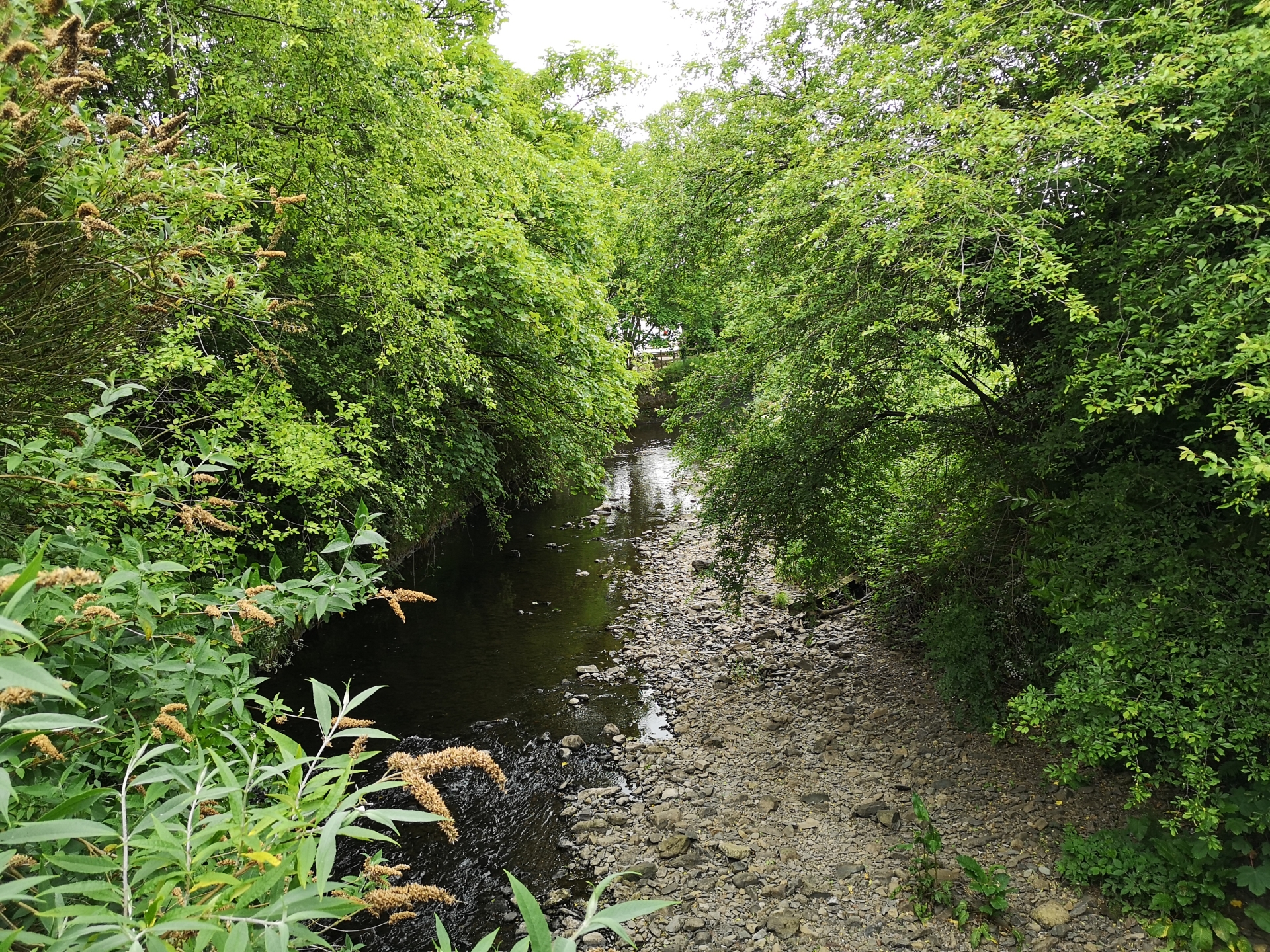 The village of Upperlands has some beautiful scenery.

To the right is dense woodland. Tall trees stretch towards the sky, while next to the road, an abundance of leafy branches shields the contents of the wood from view.

On the left, the land slopes downward towards the Clady River as it winds its way eastwards towards the Bann.

Turning off the main road reveals the village's industrial square, where a number of small businesses and shops operate out of units next to the Royal British Legion building.

The Roman numerals on its clock in the courtyard, and the red post box on the edge of the square give the area a retro feel in keeping with the rest of the village.

Further up the road, a piece of public art depicting the village's flax mill heritage, with a number of wheels arranged around a brick pillar on the corner of River View.

Across the way, a raised row of stone-walled cottages projects an idyllic, country village vibe to the numerous vehicles that make their way through.

The sound of a strimmer floats down the hill through the trees. The owner could do with taking it into the forgotten park area next to the bridge.

Long grass threatens to consume a neglected picnic bench in the corner of the park, while two wooden bins also fight to remain sovereign against its growth.

A footbridge next to the road carries pedestrians across the river, next to the Flax Visitor Centre, which lies closed at present. 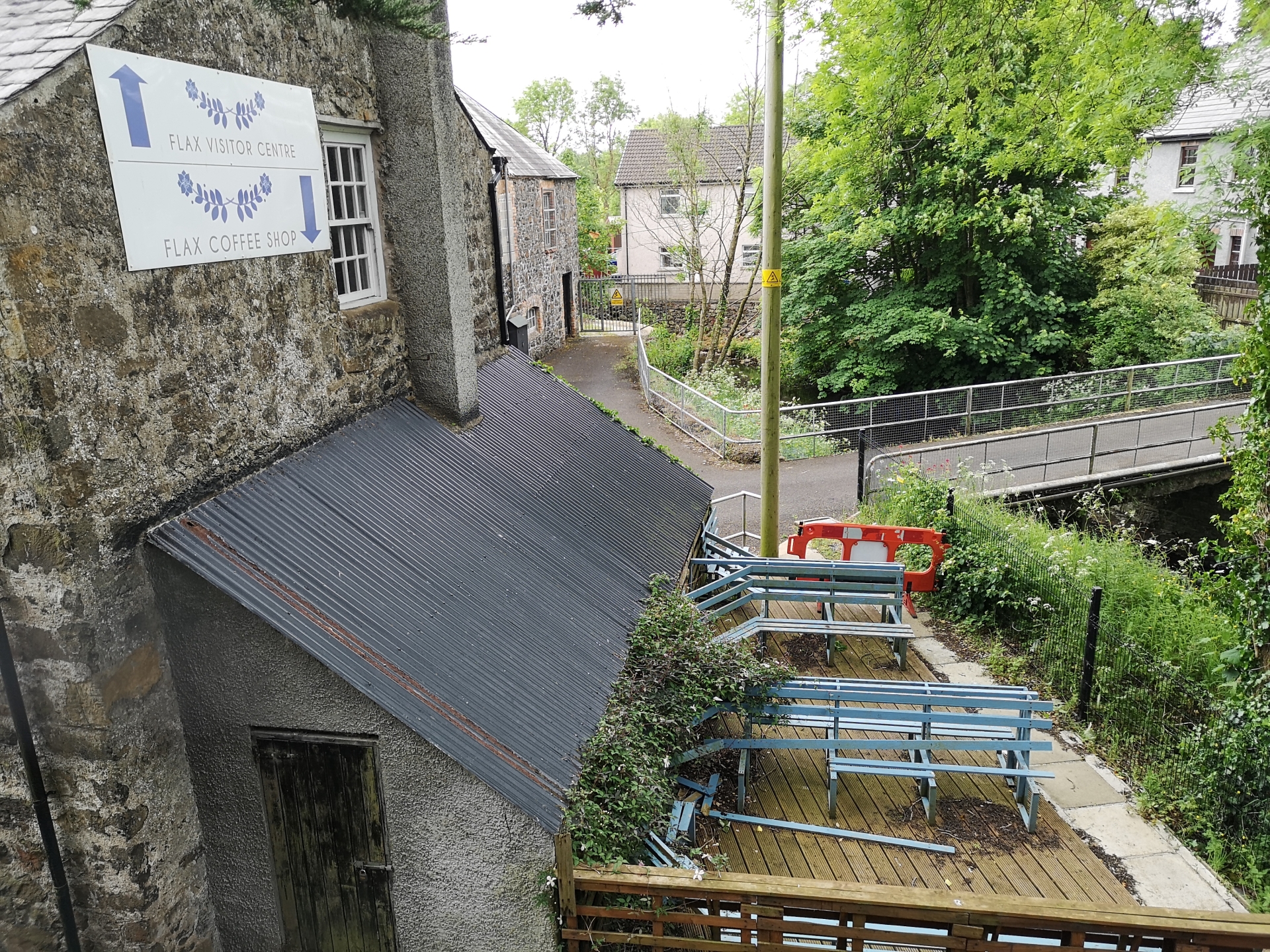 Broken seats outside what was the Flax Coffee Shop.

Bright orange barriers fence off what looks like an outdoor seating area at its attached coffee shop, where recently painted wooden seats sit disused and broken.

There are red, white and blue painted kerb stones in the village, and since the turn of the year, signs opposing the Northern Ireland Protocol and a so-called sea border have been erected.

They hang within eye shot on lamp posts and telegraph poles, displaying their stark message to the village's through traffic.

On the Tirgarvil Road, a little circular sticker denouncing the sea border has been placed halfway over the 'L' of 'Tirgarvil', which is a pity, as it would have fitted perfectly on the 'O' of 'Road'.

The road itself is peaceful, with just the swish of the breeze in the upper echelons of the trees accompanying my footsteps.

Off to the left, I spot the metal frame of a swing set, barely visible as the nearby hedge lays claim to its memory. 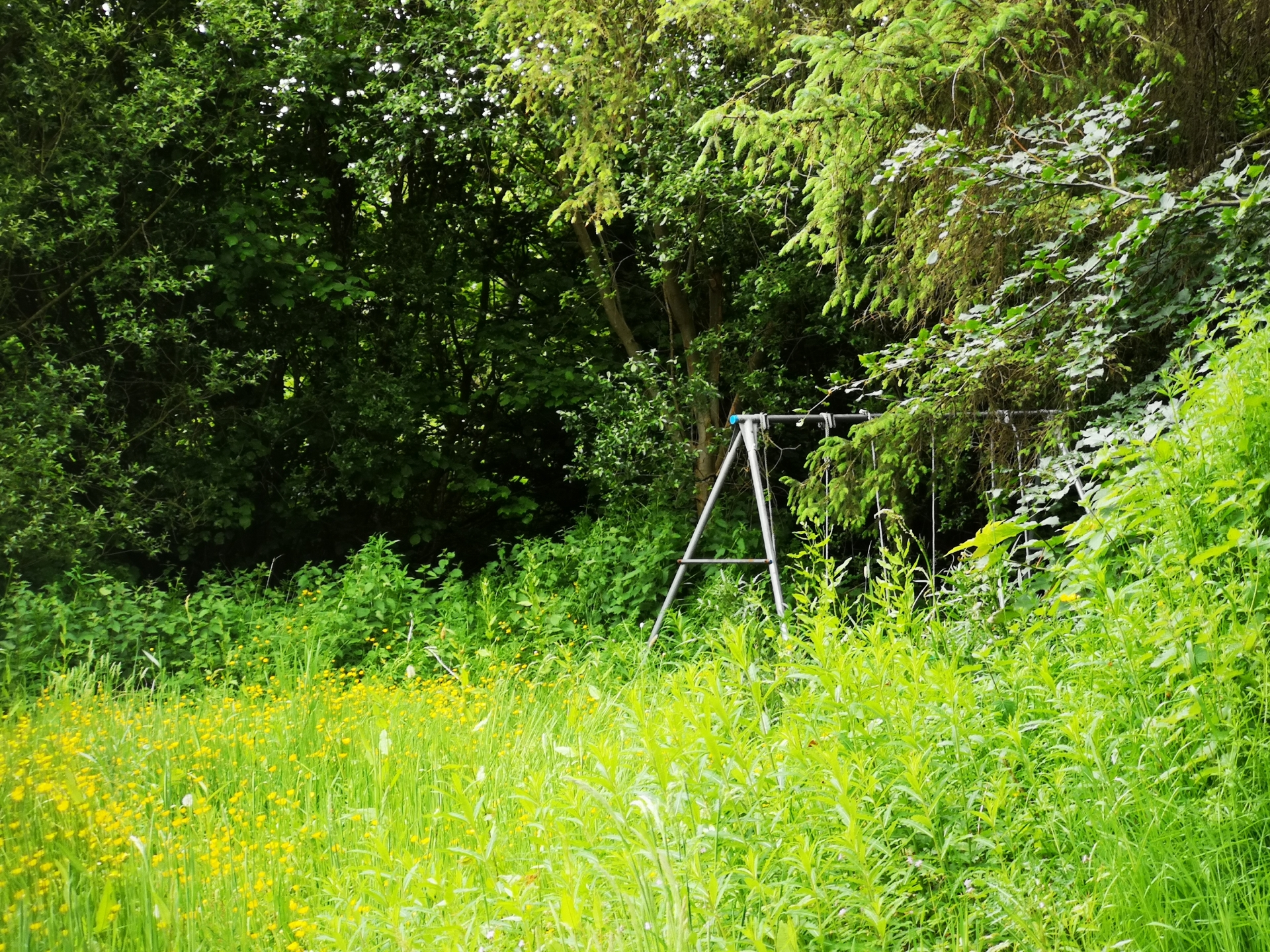 An old swing set is reclaimed by nature.

At Ampertaine Primary School, of colourful cones have been laid out in the playground in anticipation of a PE lesson. Sports Day season.

Keeping fit is also on the agenda further out the Kilrea Road.

The Body Gym has sat at the side of the road in Upperlands for as long as I can remember. It long predates the explosion of fitness suites and personal training that has marked the last ten years.

As I enter at mid-morning on a Friday though, the buzz of clanking iron, pumping music and excited yelps is missing. It is deserted.

Yellow arrows mark a clear path around the building to help gymgoers navigate an impressive array of equipment and machines. 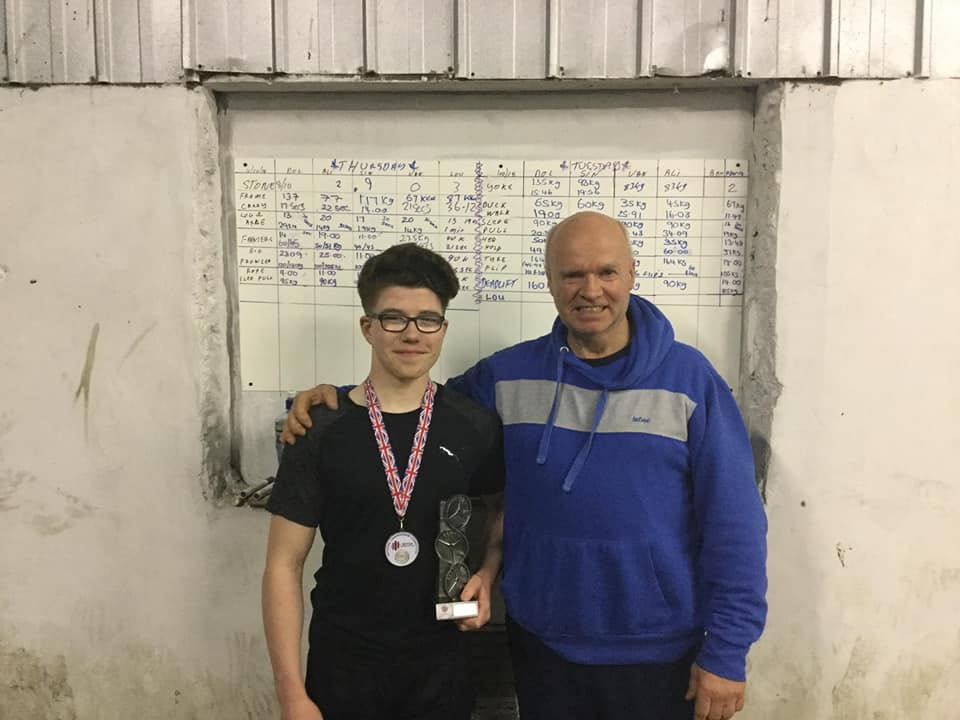 Brendan McQuaid pictured at his gym.

At the house across the way, I discover owner Brendan McQuaid is not in at the moment, but his wife informs me members can just drop in at any time.

After explaining why I'm there, she gets him on the phone.

“We had to close it down and then use the time to get a bit of work done to the place,” he tells me.

With over 27 years' experience in the business, Brendan is well-used to the challenges, but says the last 15 months have created a perfect storm for the fitness industry.

“Lockdown has knocked the crowd back a bit, it's hard to get the same people in,” he says.

“Whenever people did come back in it was just like starting all over again. It was great the first day back, but at the same time, there were a lot who didn't come back. 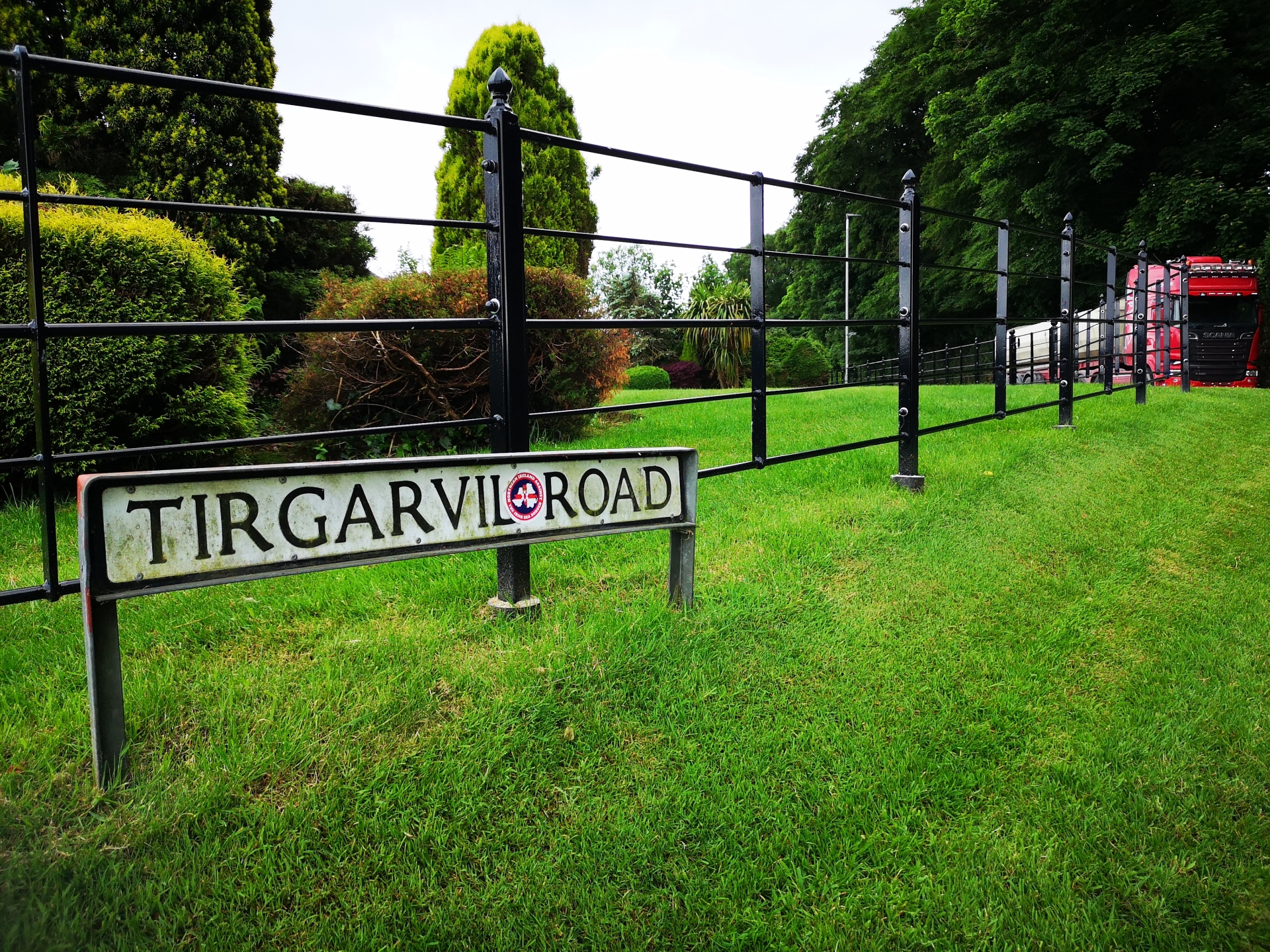 An anti-NI Protocol sticker has been attached to a road sign on the Tirgarvil Road.

“We had it all painted the first time and done up, with new machines, so the second time it was just lying there. We had to just stick on the heat now and again to keep it right.”

The surge in popularity in people exercising at home during lockdown has also had a knock-on effect on the industry.

“The other thing is the home gyms. A lot of people have set up in their garages now and they're not coming back to the gym,” says Brendan.

“It knocks you back. We've lost around 20 customers. They're training at home, and if they come back now it'd be silly, after them spending thousands in their own sheds and garages.

“We hope to build it up again.

“We've set up different prices and competitions to try and get people back in again. You have to be creative.”

Brendan has a background in Strongman competitions, and the gym community is currently preparing to back one of their own in a reassuringly normal way.

“We have one fella going for Ireland's Strongest Man down in Letterkenny in a couple of months' time, so he's training hard for it now,” he says. 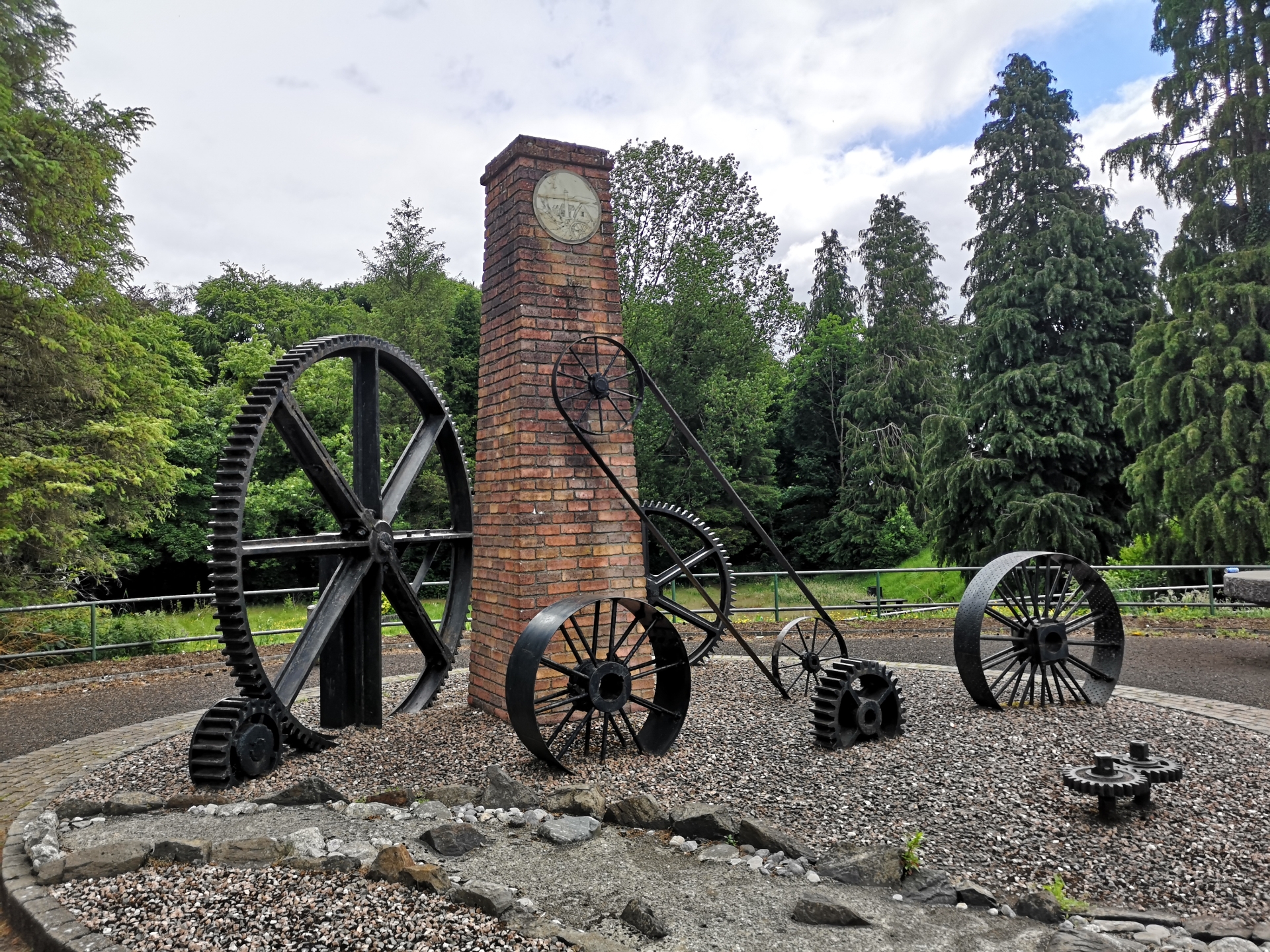 “Everybody in the gym is behind him, and pushing him.

“It's good to have that community there. Hopefully we can get back to normal soon.”

It's the promise of normality that has sustained everyone throughout this prolonged ordeal, but the paradox of pushing forward while concern rises over the Delta variant has not gone unnoticed.

For now though, it is a case of keep calm and carry on. Summer's heat and the universal theatre of an international football tournament will provide a distraction.

The children of Upperlands, though, will not be emulating Kalvin Phillips and Raheem Sterling anywhere near the village's industrial square.

“No ball games,” screams a sign mounted high on one of the walls.

At least there is plenty of alternative green space around the village.

LIFE IN LOCKDOWN: Serenity by the road side as electricity deserts Clady

LIFE IN LOCKDOWN: No dancing on the sand, but social life is back in Park

The County Derry village is ready to embrace a return to the social scene.
ADVERTISEMENT - CONTINUE READING BELOW