LIFE IN LOCKDOWN: Serenity by the road side as electricity deserts Clady 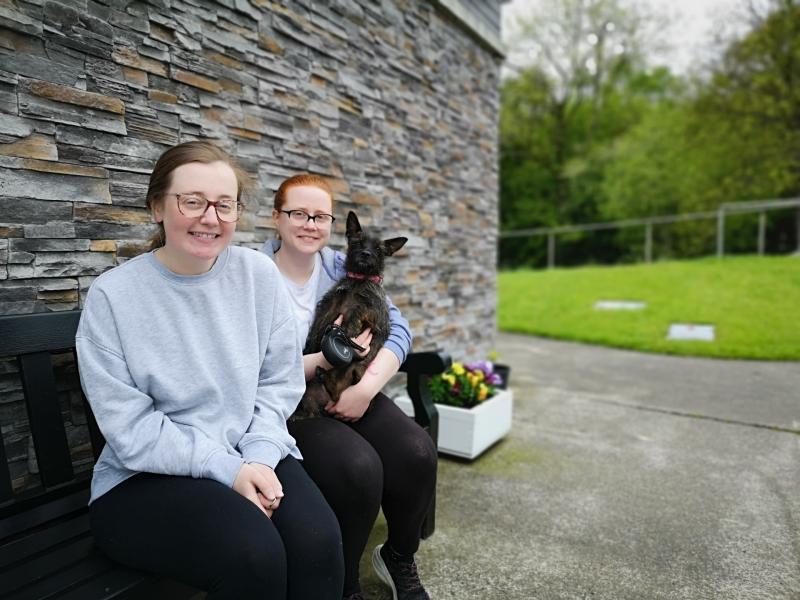 It's mid-morning on a May afternoon in Clady. The bank holiday weekend is just hours away and the good weather is attempting a coup.

A dull brightness begins to break through the grey clouds, leaving walkers on the street squinting and furrowing their brows.

The clouds snarl in response to the affront, and tentative droplets of rain begin to find their way to the ground.

Even in the warm, muggy air, the smell of a turf fire floats down the village's main street. There's always one.

Two school pupils are heading out the Clady Road. I glance at the time. 11.45am. Exam season creates a flexible timetable.

The sporadic sound of traffic has all but given way to the birdsong, and the proliferation of feeders in the local gardens are fuelling their melodic reverie.

Two men stand outside a house on the way to Portglenone, in conversation with a woman across the street.

One is brandishing a golf club in an apparent visualisation exercise, swinging it absent-mindedly around the garden. 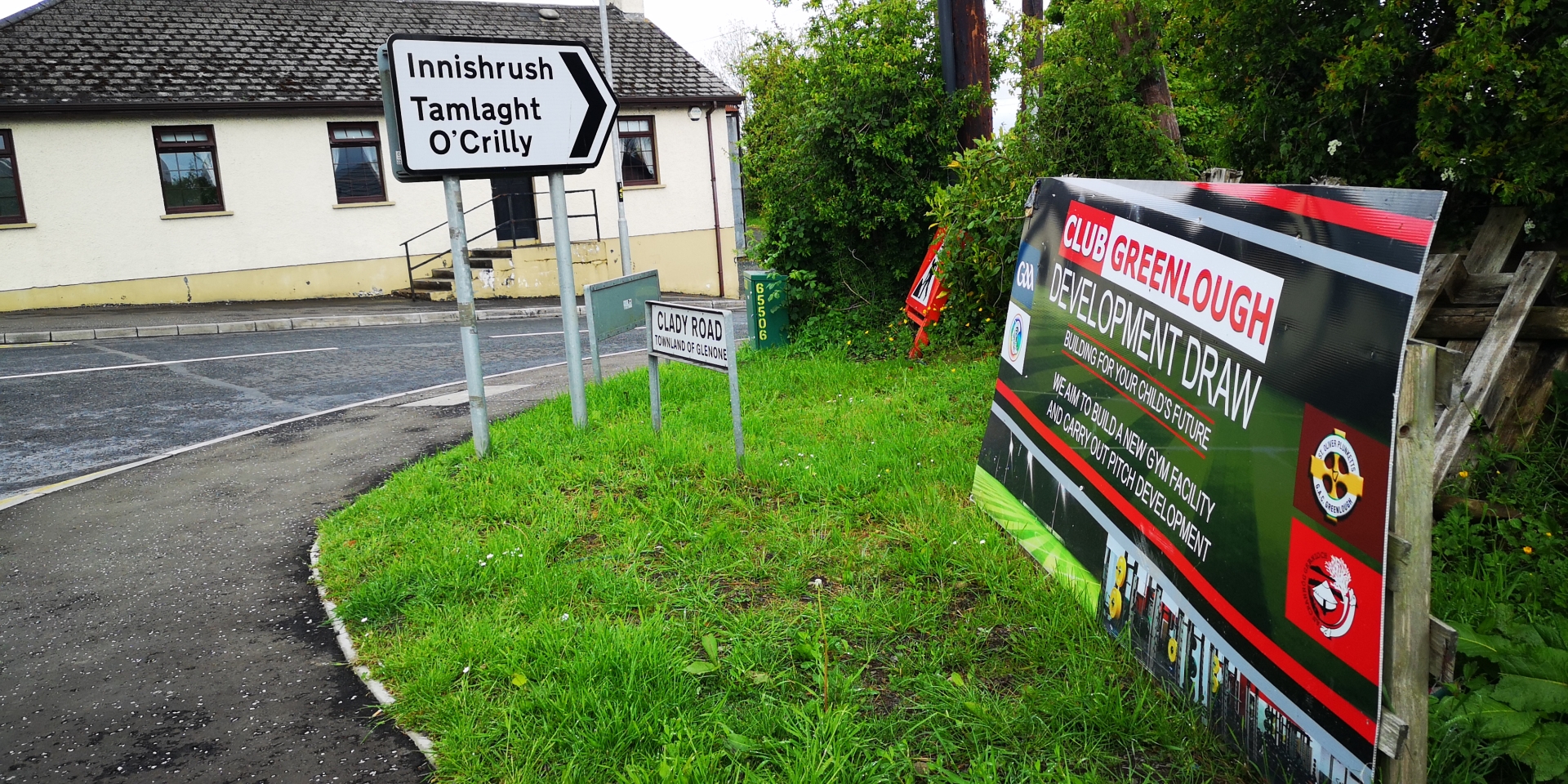 The people I approach are not in a talkative mood, and after a few stops the reason becomes fairly clear.

A power cut has left Clady in darkness at an inopportune moment.

Hospitality is about to kick off its first fully reopened weekend – a bank holiday weekend no less – and local businesses are reeling from this latest setback.

Gym-goers at Pink X Fitness are making the most of the natural light to persevere with their workouts. In the Vivo, an exasperated manager tells me it could be 3 o'clock by the time the power is back.

In Teady McErlean's bar, a solitary drinker sits at the bar, the chink of light from a half-raised shutter illuminating the pint in front of him against the darkness.

With the village in a flap and counting the opportunity cost of losing out on a few hours' electricity, no one is keen to fill two pages for a reporter.

Out the Clady Road, heading towards Lavey, is an oasis of serenity by the road side. Opposite the Waterwall Bar sits Clady and District Angling Club. 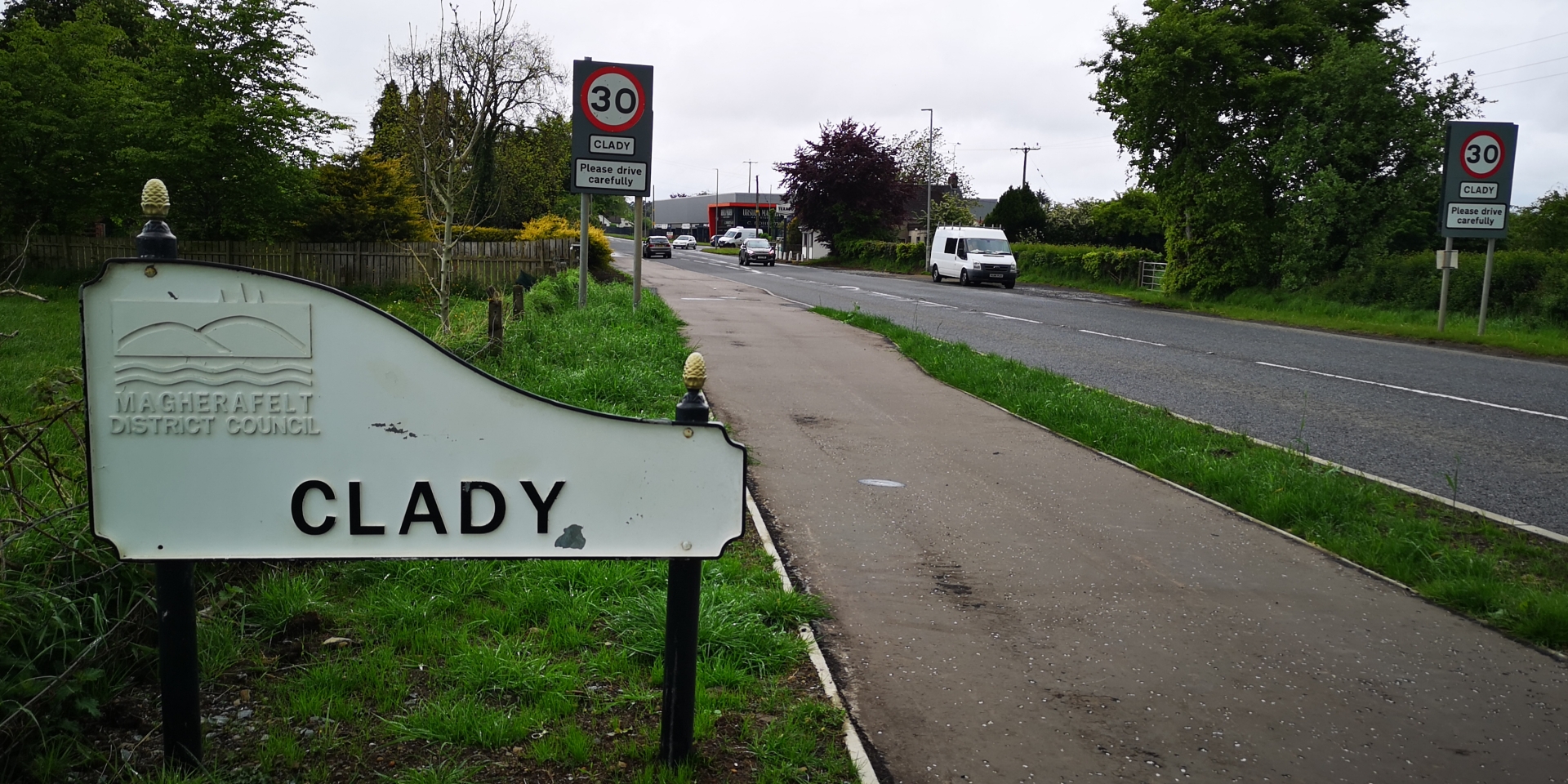 There are two men sitting on a memorial bench outside the club house when I arrive, and within seconds of explaining myself I'm inside and the kettle is on.

The pandemic initially hit the club hard, closing all activities for months in the early days of uncertainty and fear, but gradually its role became crucial.

One member describes it as a type of 'men's shed' for the local community.

“At the start there was no fishing whatsoever, but as things eased, people joined the club to get out and about,” he tells me.

“I go up to the wee path for a walk, right up every day for a bit of exercise. I'd have done that even before I took ill, I used to do the Fisherman's Walk. I started when I retired.

“I would probably know two or three that have passed away from Covid. Bad, bad times. Thank God everything is on the turn, the vaccine made a big difference. I feel safer.”

The members explain the facility is benefiting not just the local anglers, but the whole community, with the pathway experiencing a huge increase in footfall since the first lockdown began last Spring. 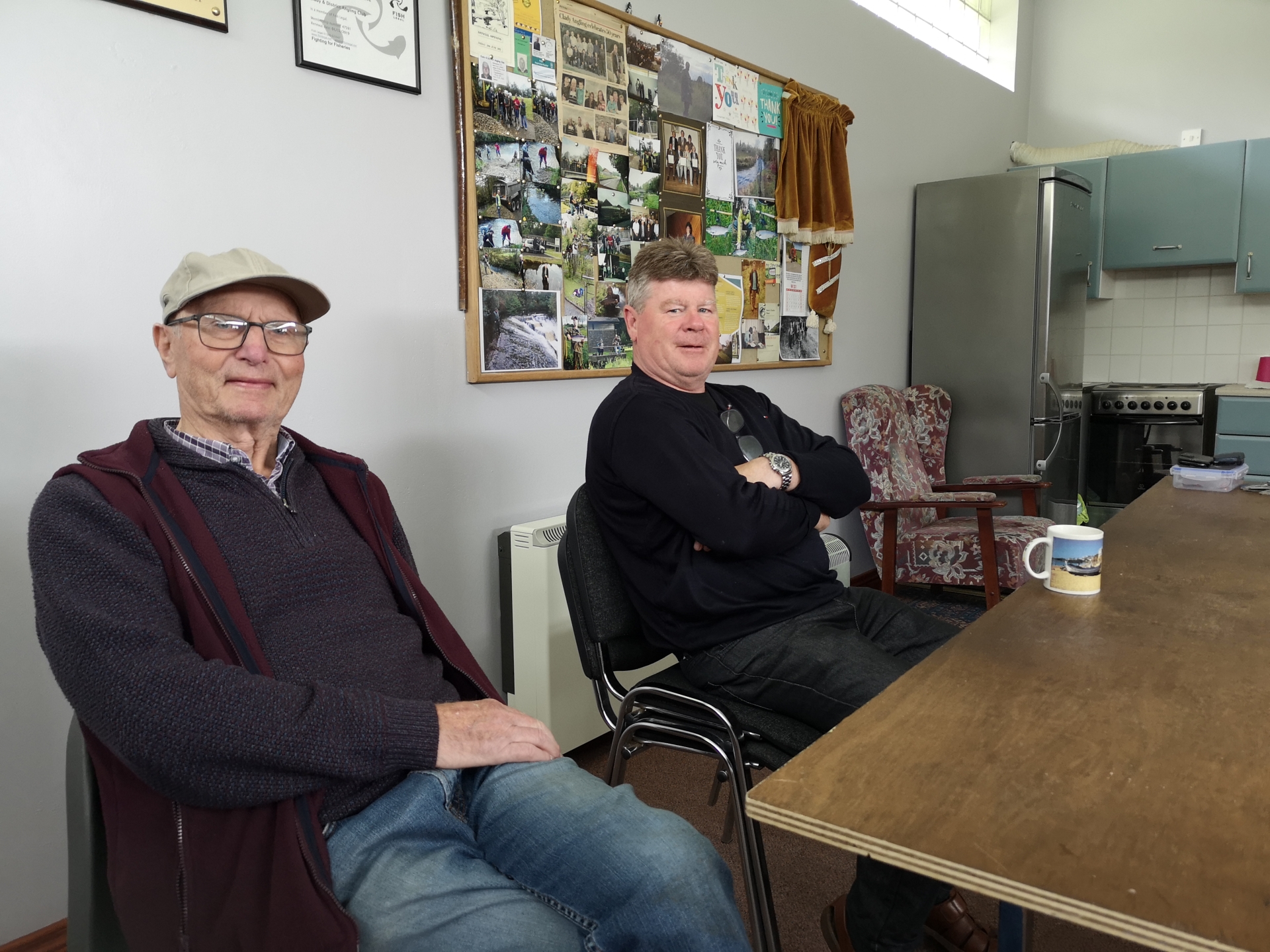 While the other members chat to me, club member Gerard Webb has been busy procuring further interviewees.

Sisters Laura and Clare McQuaide are part of a younger generation who are making the most of the club's grounds, stretching both their own legs and those of their dog, Evie.

“We just take our dog for a walk here most days, especially when there is good weather. We just find other, bigger places are not as clean and tidy, and this is handy for where we live,” says Laura.

“I do think it is better now. This time last year, you were still able to get out for walks, but it was tough. I work in Ballymena and have been pretty much working during the whole thing.

“We closed for two months, but I've been working since last May and it's weird seeing how people have adapted to it. It is better now, obviously with the vaccine.

“People kept asking me how I found it, but for me, it was just the same. I work in Subway in Ballymena and it never changed – if anything we were busier.

“We used to always go to the cinema and it's been a real loss. Just simple things – you don't realise how much you value them until you can't do them.”

After Laura and Clare disappear over the bridge with a restless Evie, I head back inside the club, where Francis McKenna has arrived and is holding court.

He tells me people need to be mindful that Covid-19 hasn't gone away. 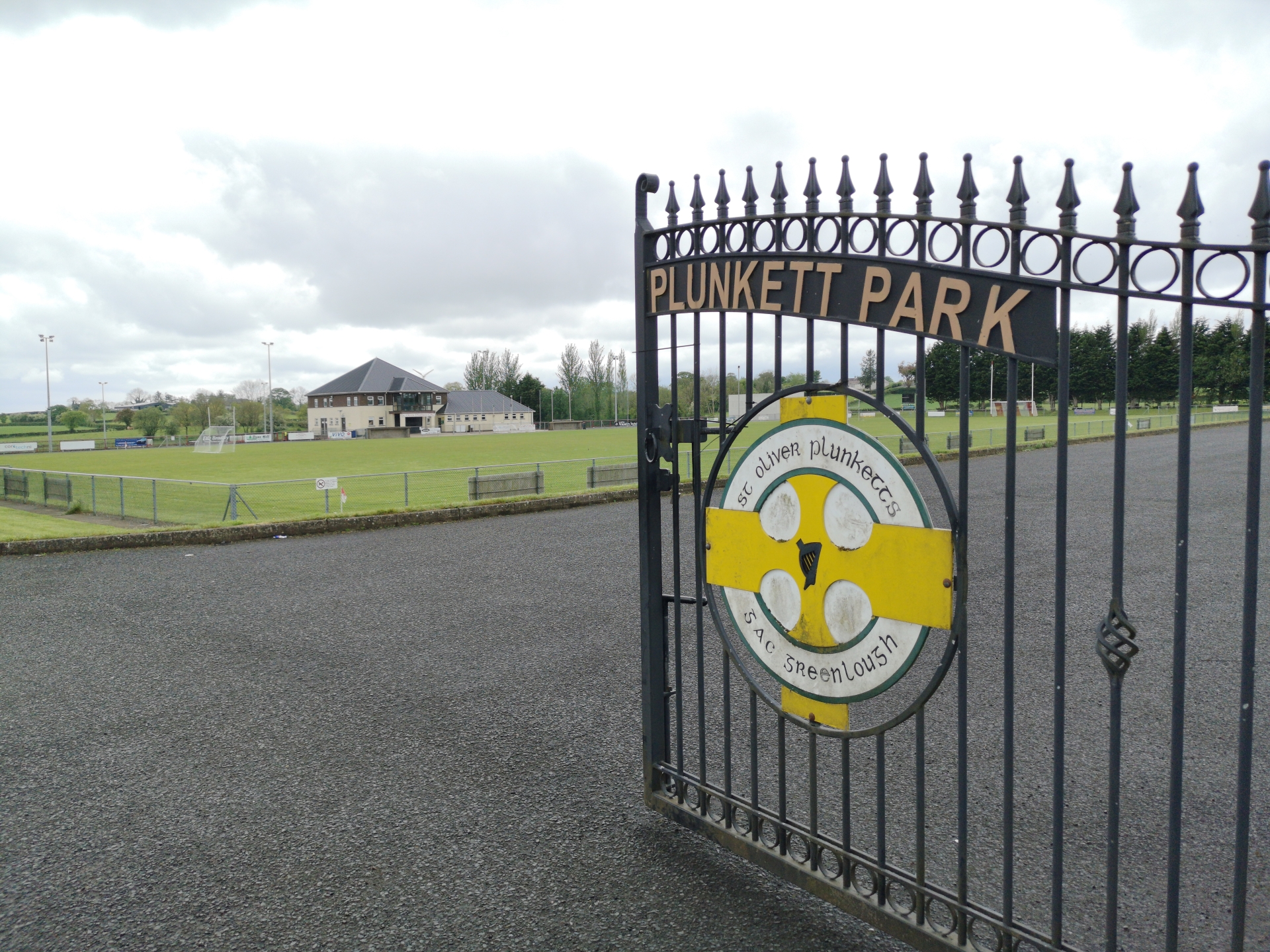 “It's still scary. In a way, I'm still afraid that things aren't right, and people are abusing it. People think it's completely over, some people,” he says.

“That really annoys me, when you see a couple of hundred standing with no masks on them. It doesn't feel right at all.

“It affected my nerves at the start when I heard how many were dying with it. My wife wouldn't have gone out of the house or let anyone in, including our own family.

“That was the worst part. They could come to the window and all that craic, but she wouldn't them in. She'd even be wary today about letting them in.”

Experienced enough to remember the feeling of war, even the muted panic of rural County Derry, Francis says the pandemic has created more fear.

“When the war was on, the siren went and you knew to hide, or go to an air raid shelter or go somewhere safe, but with that type of thing, the authorities don't even know,” he says.

“They're doing their best to tell the truth, but they don't even know the whole truth. It's very scary.”

The sheer number of people using the facility has surprised Danny Henry, who has sidled into the room while Francis was in full flow.

“One Sunday I came down here and there were 27 cars here,” he says.

“The police actually came because they were parked in front of the Water Wall and that's a really dangerous corner.

“At the start of the pandemic, I was up one Sunday morning, about 9 o'clock, and there was this man and woman, a brave age, looking at a phone.

“They were looking at Google Maps, and they asked me, because they were trying to work out where this pad takes us.

“They were from Larne. They were here at 9 o'clock on a Sunday morning. The pad leads right to Greenlough's old chapel. I don't even know if it was on Google Maps at all.

“I'm living here this 60 years, and I would never have thought of going to Larne to walk, and they were coming here.” 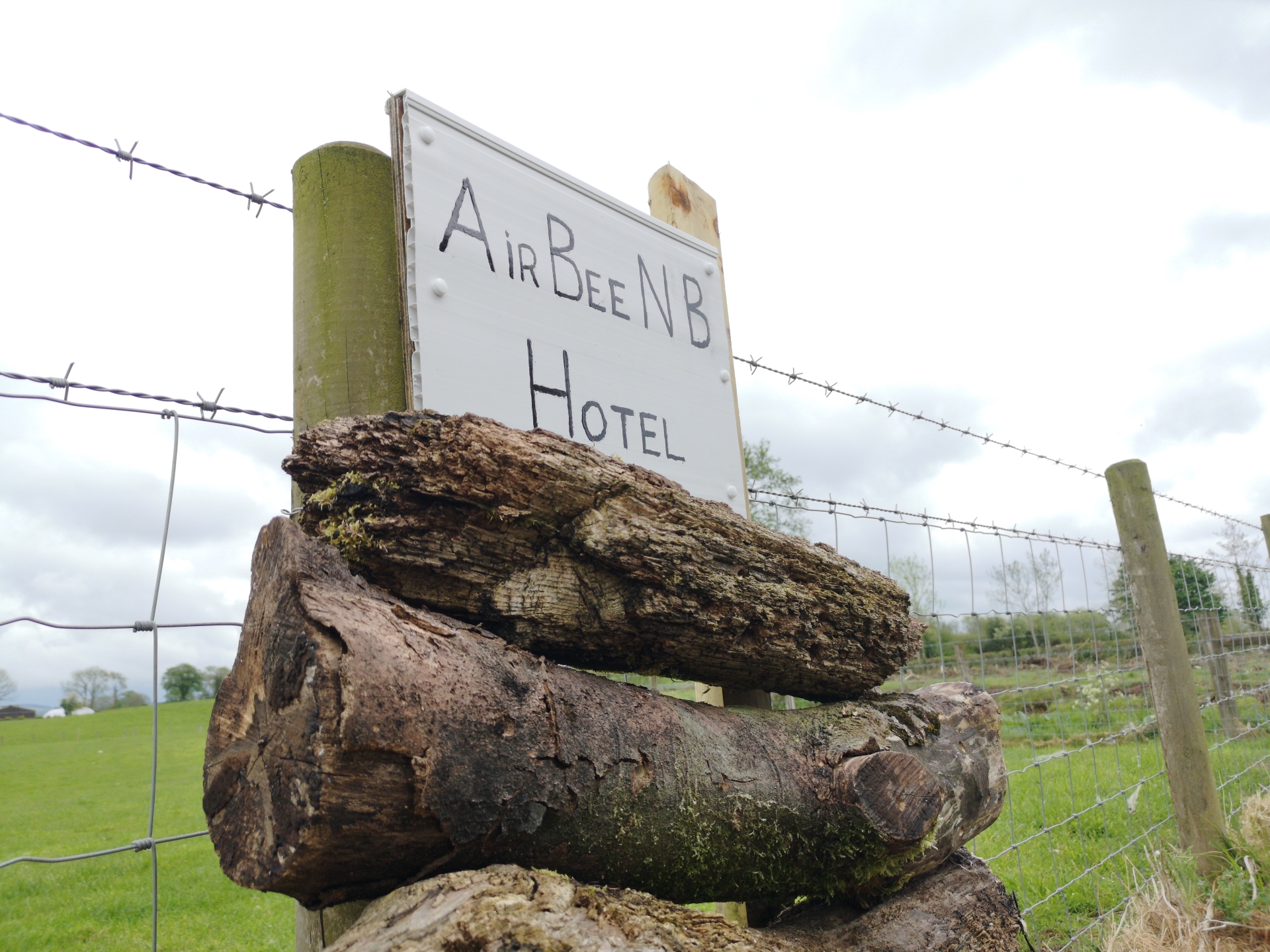 After a guided walk from Gerard Webb as far as the hand-crafted insect hotels on the pads, the uplifting effects of such a serene, natural facility becomes very clear.

There are horses grazing on the opposite side of the river. Ripples spread across the reflective bliss of the still water as fish top and tail in the May heat.

Sunshine has won the battle of wills and is now bathing the village and its surrounding areas in light.

On the way back through Clady, the power appears to have been restored. There are lights in the chippy. The hum of the drier from the hairdresser's. Probably the boom of music from the gym.

Normal service is resuming, and long may it continue.