LIFE IN LOCKDOWN: Smiles and sharp cuts in Garvagh as close-contact services return

The return of barbers, hairdressers and beauty salons last week was a welcome step in the Covid journey. 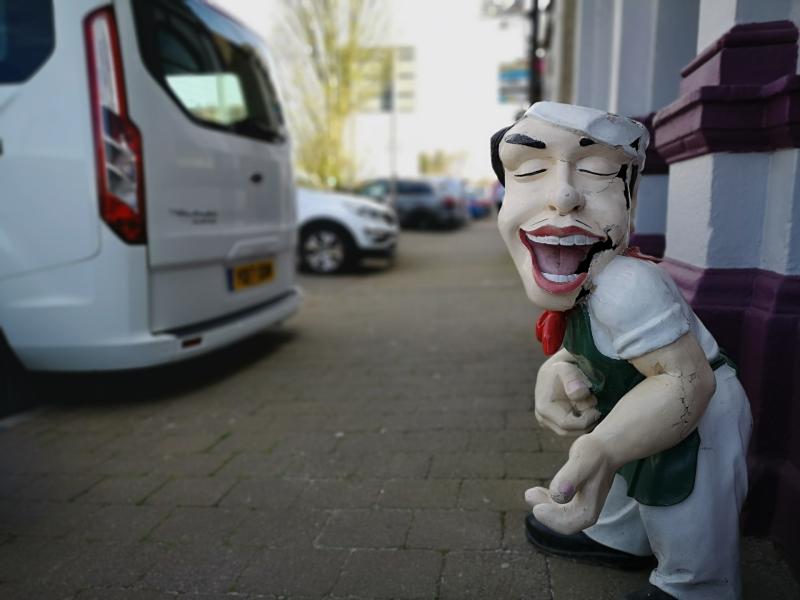 There is a buzz around Garvagh's Main Street. The weather helps. Shops and businesses lining both sides of the street are bathed in sunshine.

On-street parking is almost full and there are people dotted up and down the street, many clutching coffees and engaged in idle chatter.

There are men on benches next to the crossroads, watching traffic roll past. Smiling parents push prams up and down the street.

A light breeze sways newly greened tree branches at the entrance to the forest. The car park is full, something that is causing its own issues at present.

Walkers are dotted around the forest, taking in its calming influence. There is a relaxed, almost holiday feeling around the town. 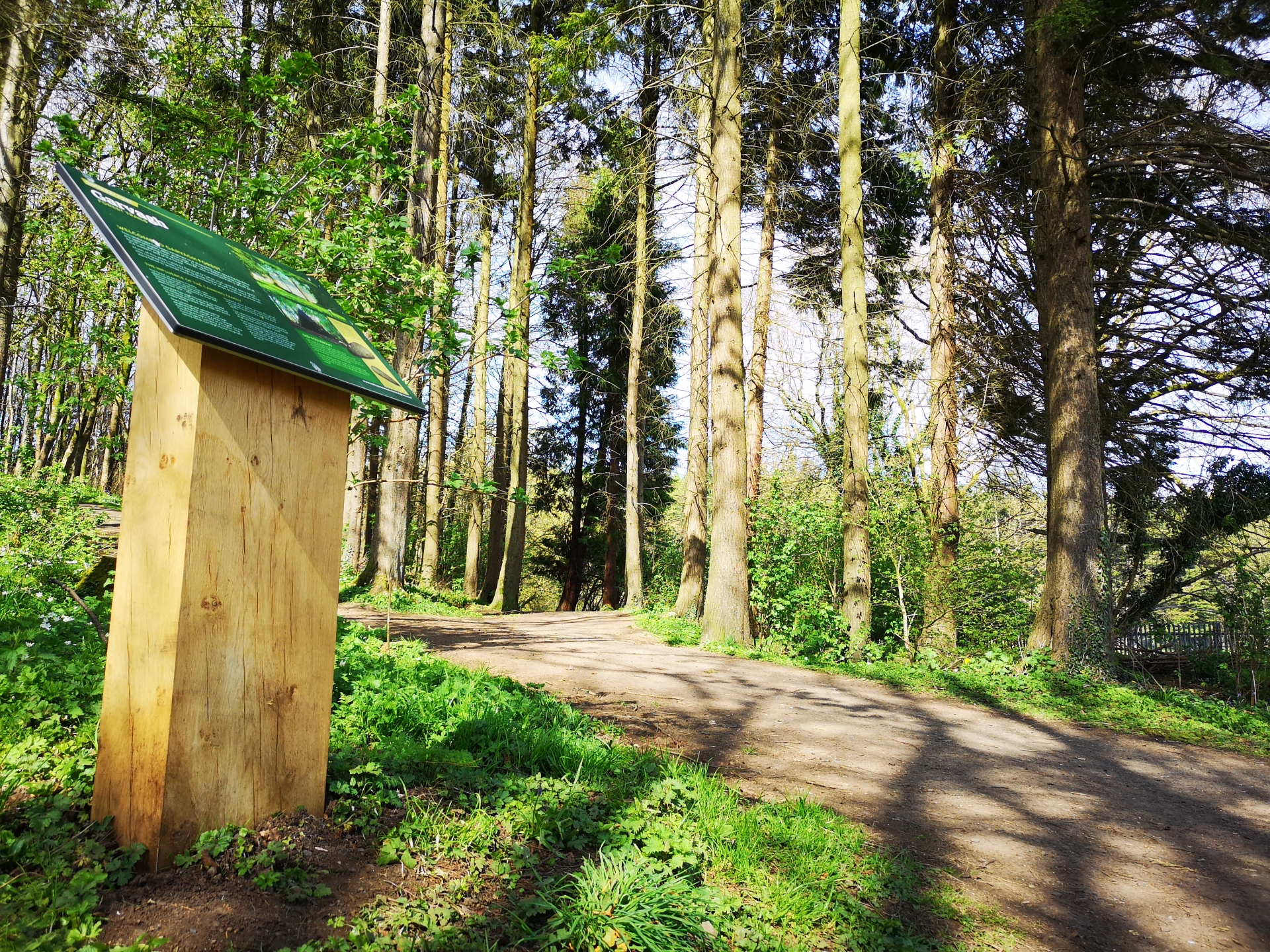 Today though, is the day the enforced period of inactivity comes to an end for the town's close-contact services.

Since the announcement on April 15 that hairdressers and beauty salons could return to work on April 23, booking lists have filled up rapidly.

When I arrive at Heavenly Beauty, both rooms are occupied with two lucky customers who were sharpest off the draw when the announcement was made.

Quiet, calming music sets the backdrop to a room brimming with an intoxicating mix of relief and excitement.

One beaming customer emerges from the first room, nails fully done. She books in for a few weeks' time and heads off down the stairs, walking on air.

It's easy to underestimate just how big an impact the industry has on people's psyche.

“It means a lot to people to get their treatments done,” explains co-owner Kirsty McQuillan.

“People feel good after they get something done. A woman this morning said even the smallest thing makes such a difference to them. It gives them a lift and a boost.

“It's not just about the treatments, you are almost like a counsellor to people. They like to tell you stuff, and if they've had a bad day, they like to off-load it.

“It's nice that people have the trust in you to do that, and to open up about their problems or just tell you they've had a great day. It's nice that you can be there for people too.

“Here's hoping this is the end of it and we don't have to close again, but then we thought that last year too, and that was crazy.” 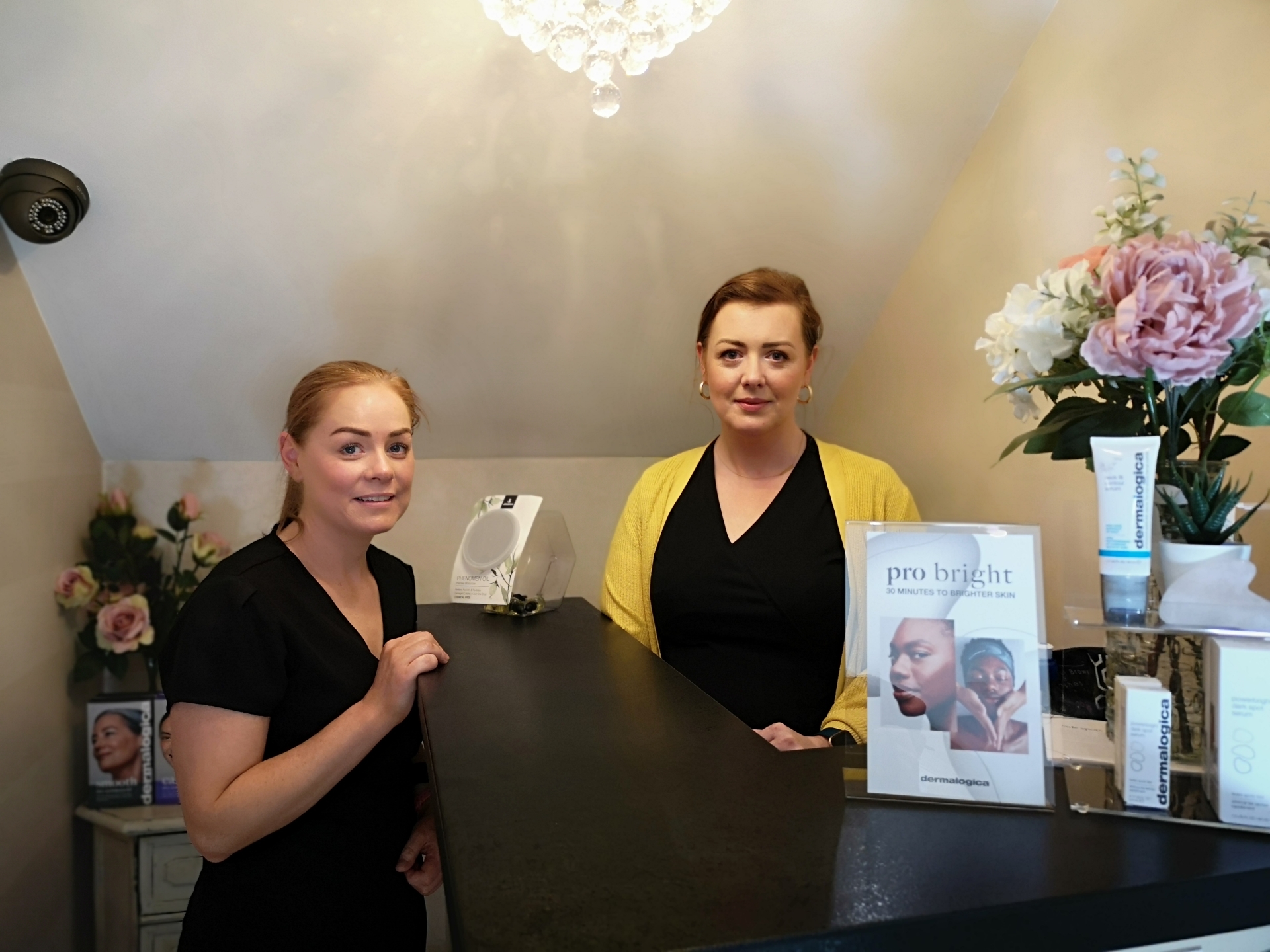 Having been unable to open since before Christmas 2020, Kirsty and co-owner Bronagh Gallagher have tried to ease their way back into business.

“It feels a bit strange to be back, but good,” says Kirsty.

“It's going to take about two weeks, I'd imagine, before we're back into the swing of it, just being out of that routine of working.

“I deliberately didn't put a lot of appointments in today, just to ease us back into it, but we'll be a lot busier next week.”

Underneath the euphoria and relief of re-opening remains a frustration and indeed a nagging fear that stems from having been let down already.

The stop-start nature of the various periods of Covid lockdown have left small and medium business owners with a residual uncertainty.

“Between October and Christmas we were open for two weeks, then closed, then open again for maybe ten days before Christmas,” says Kirsty.

“It puts us under pressure because although nobody is going anywhere, people like to get their stuff done, and everybody wants in.

“If you've hundreds of customers and only ten days, it's impossible, unless you work every hour God sends and you're left wrecked at the end of it.

“It took a couple of weeks to get over Christmas time, because it was so busy. I'm not complaining, but it's the pressure they've put us under as a business to get that work done.

“It's taken out of everybody's hands. It's nobody's fault, but it really could have been handled better as far as I'm concerned.”

Down the street, that sentiment is shared by Ali Alatas, owner of Turkish Barber Garvagh.

Again, as I enter, both chairs are occupied by customers. Both are wearing huge grins as locks of unruly hair begin to pool on the barber shop floor. 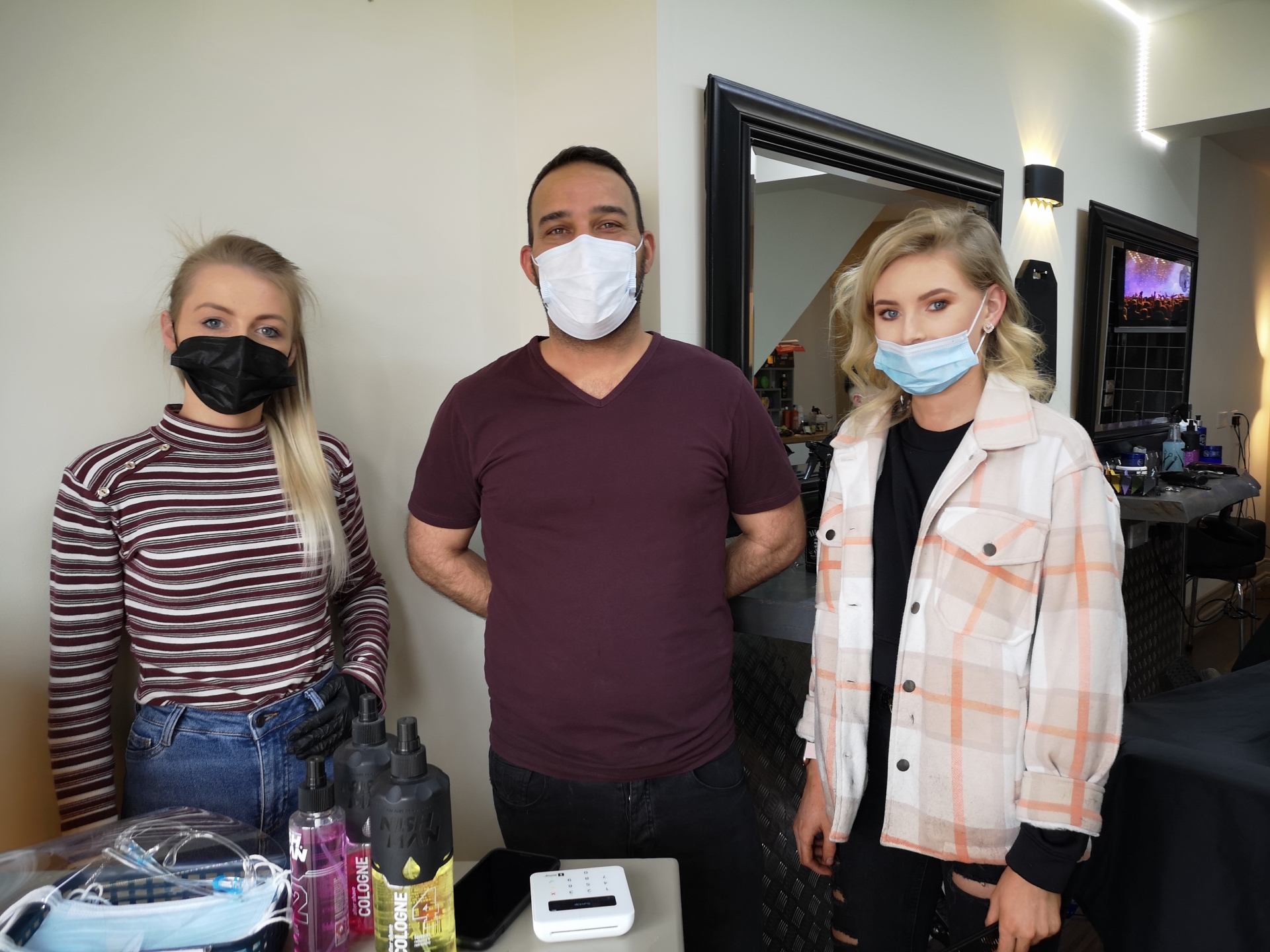 “We've been closed six, seven times throughout the year and it's frustrating,” Ali tells me.

“It feels amazing [to be open], but at the same time I think most people are scared in case they're going to have to close again.

“We are safer than other bigger premises like shops with hundreds of people in them. We make sure everyone is safe and have limited people in.

“We did our bit- we cut the client numbers, got all their details. If anything happened, we'd know who they are and be able to track them.”

Despite the wait to reopen stretching from the depths of winter, the announcement in mid-April still left little time to prepare for Friday's return.

“Last night I had to lift all the Christmas stuff, the decorations, so that shows just how long it has been for us,” says Ali.

“It's been about four months so I was here at about half 12, one o'clock in the morning to make sure everywhere was safe for customers.

“It will be flat out like that for a few weeks and then hopefully we'll be back to how we used to operate. That's what we're wishing for.” 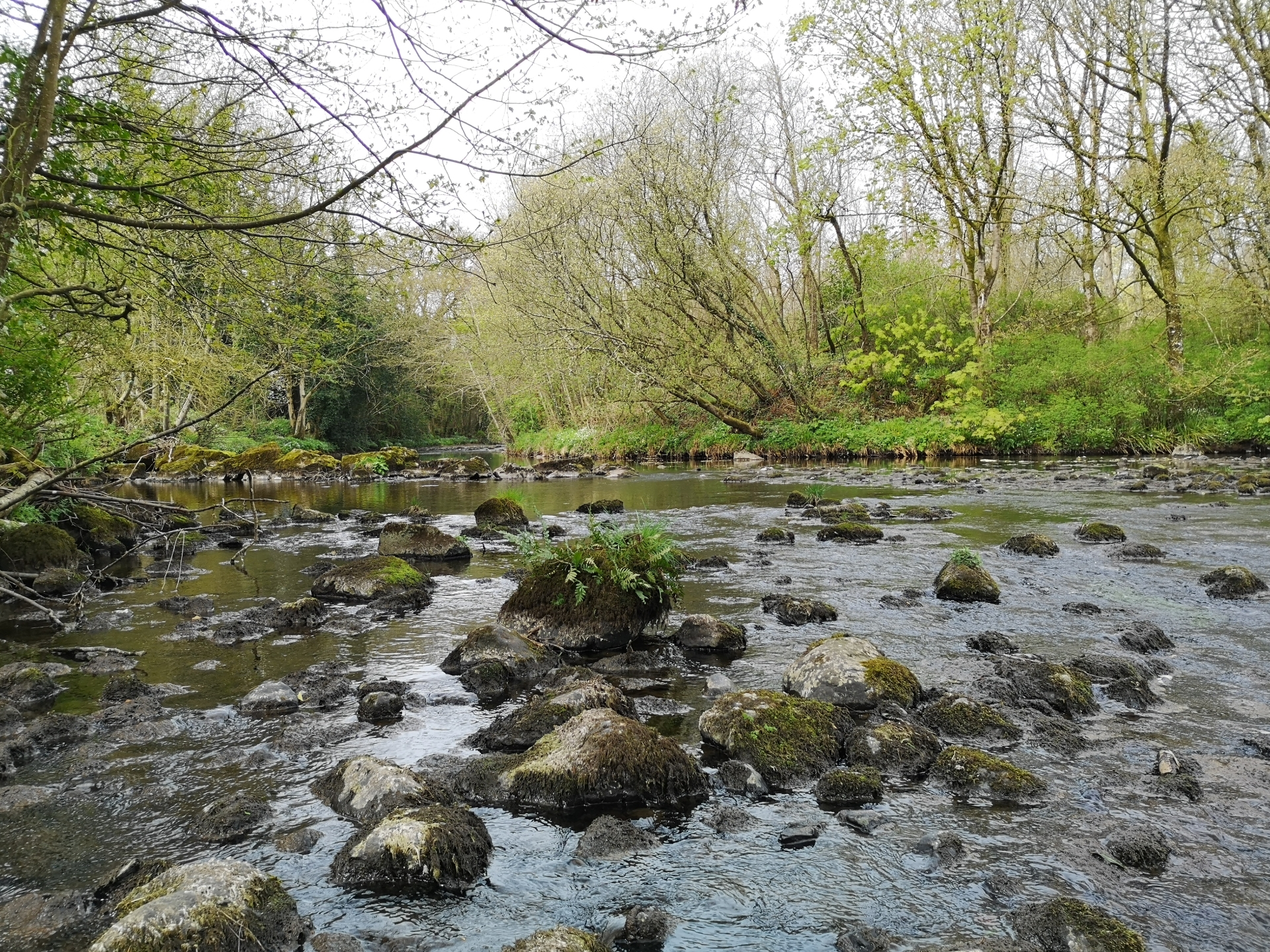 The River Aivey flowing on the outskirts of Garvagh.

The hairdressing industry also has one eye on the reopening of the pubs and restaurants this coming Friday.

Ali is hoping the milestone will have a knock-on effect.

“We are like a chain. There has not been a weekend kick in months, but the bars are opening next week,” he says.

“People normally come in on a Friday or Saturday buzzing, but we haven't had that kick in over a year now since this started.

“We had clients come in once a week; now we'll maybe get them every three, four weeks, because they have nowhere to go.”

As I leave, two more customers are donning the apron for a long-awaited haircut.

Uplifting music provides the backdrop to their relief. 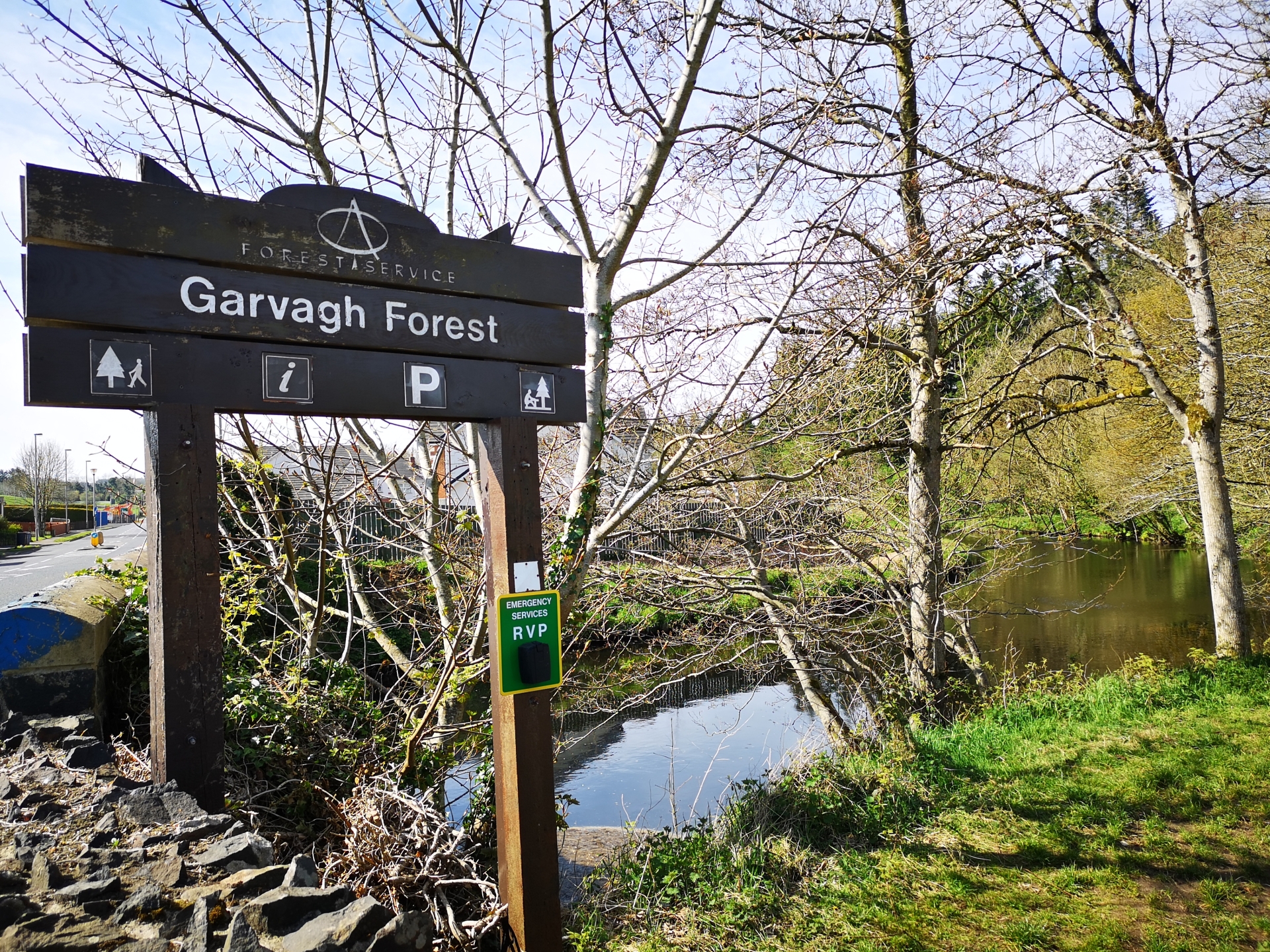 Across the street, two women with recently styled hair are lingering outside the hairdresser's, relishing the renewed sense of normality.

As I set up the tripod to take a shot of the crossroads, a man wandering past jokes he thought I was setting up a speed camera and he was going to warn his friend.

He gestures towards an elderly man passing by with a walking stick.

Their laughter sets the perfect tone for a high street looking to put Covid behind them.

On the way back to the car, I bump into a friend's father pulling the shutters down on the shop for the day and taking the afternoon off.

“The weather is too good,” he tells me.

The feel-good factor is back in Garvagh.