Danny Quigley thanks people of Derry after reaching £100,000 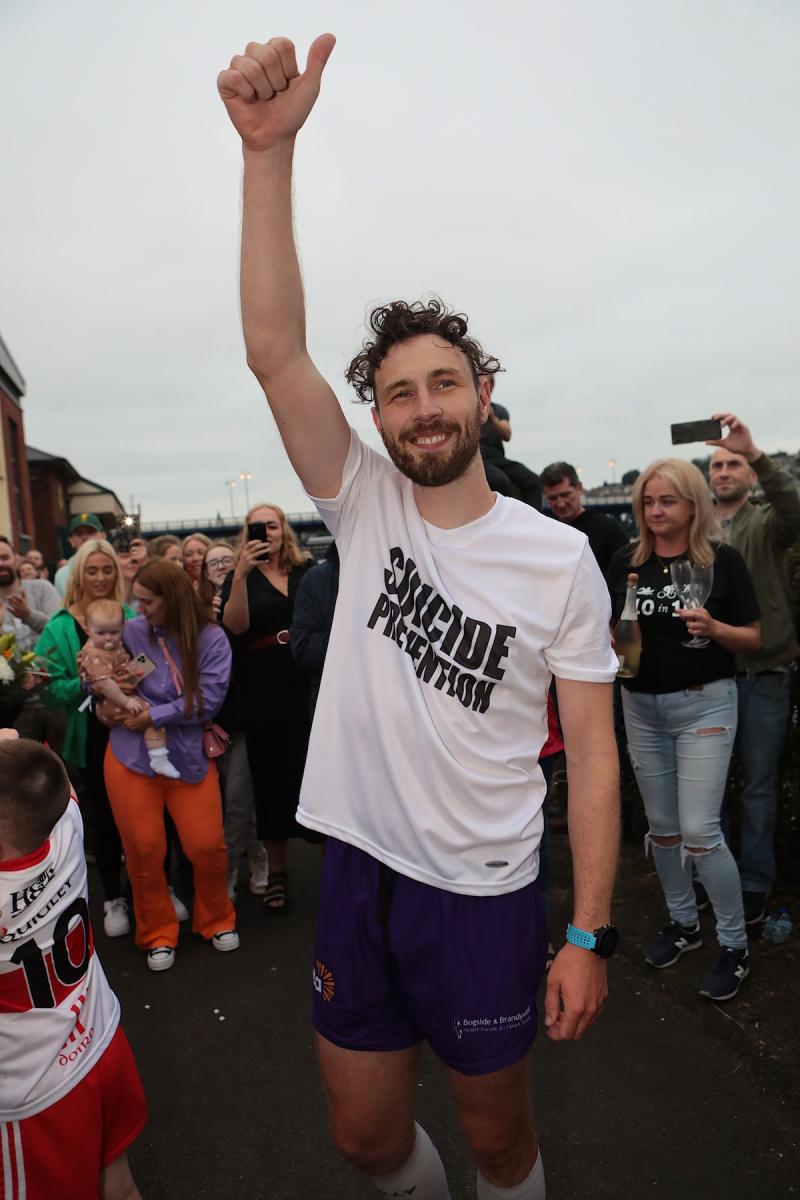 Danny Quigley has insisted that the people of Derry and Donegal deserve all the credit after his fundraising efforts for mental health surpassed the £100,000 mark at the weekend.

Just a few weeks after completing his incredible Ironman challenge, Danny has hit his target, an amazing sum of money which has been raised on behalf of Pieta and the Bogside and Brandywell Health Forum.

Over the course of 10 days in August, Danny did 10 Ironman challenges, completing massive numbers which overall consisted of 24.5 miles of swimming, 1120 miles cycling and 260.2 miles of running. He achieved the incredible feat on the tenth anniversary of his father Colm’s death, and in doing so created a groundswell of support locally and nationally.

His efforts have inspired the community, so much so that donations have continued to pour in in the weeks after he finished, leading to the £100,000 mark being surpassed on Saturday.

“This has been one of the hardest and most rewarding few months in my life,” Danny said “I feel like a broken record here but once again, I am simply in awe of the generosity, gratitude and charity of the people of Derry and Donegal.

“To everyone that donated; from the businesses that had the means to donate large sums right down to the men and women throwing in a pound here and there. All of it has added up to this.

“Anyone that handed my family and friends their change while in the bar and asked for it to be donated, up in Brøn, if you dropped a few quid into their mason jar after a meal, if you took part in the Sandwich Co’s breakfast fundraiser or if you bought one of the Iron Man cocktails down at the Taphouse! and of course all of the people that liked, shared and donated on FB, Instagram or Twitter.

“All of you have helped out and all of you played your part in raising this money, I thank you from the bottom of my heart.

“A special thank you to Joe Mc Kane and Odhran Mc Kane and the McKane family for being with me every step of the way. Georgie Harkin, Seamus Crossan, Stephen Quigley for being in high spirits.

“A special thank you of course to the Bogside and Brandywell Health Forum - they’ve done so much and will continue to do so after my work in raising the money is complete.

“And of course a special thank you to my friends/family and all of the people that were down supporting. Follow along for updates on how we’ll be able to put this money to good use. Keep her lit!”

Mayor of Derry Graham Warke one of many people to congratulate Danny: “A massive congratulations to our DecaMan Danny Quigley who has now surpassed the £100,000 mark in his fundraising for the Bogside and Brandywell Health Forum and Pieta House, Preventing Suicide and Self Harm,” he said.

“Completing the challenge of ten Iron Man triathlons in ten days was an unbelievable accomplishment in itself, but raising so much money for such worthy causes is truly admirable and inspiring and will help save lives. Well done, Danny!” 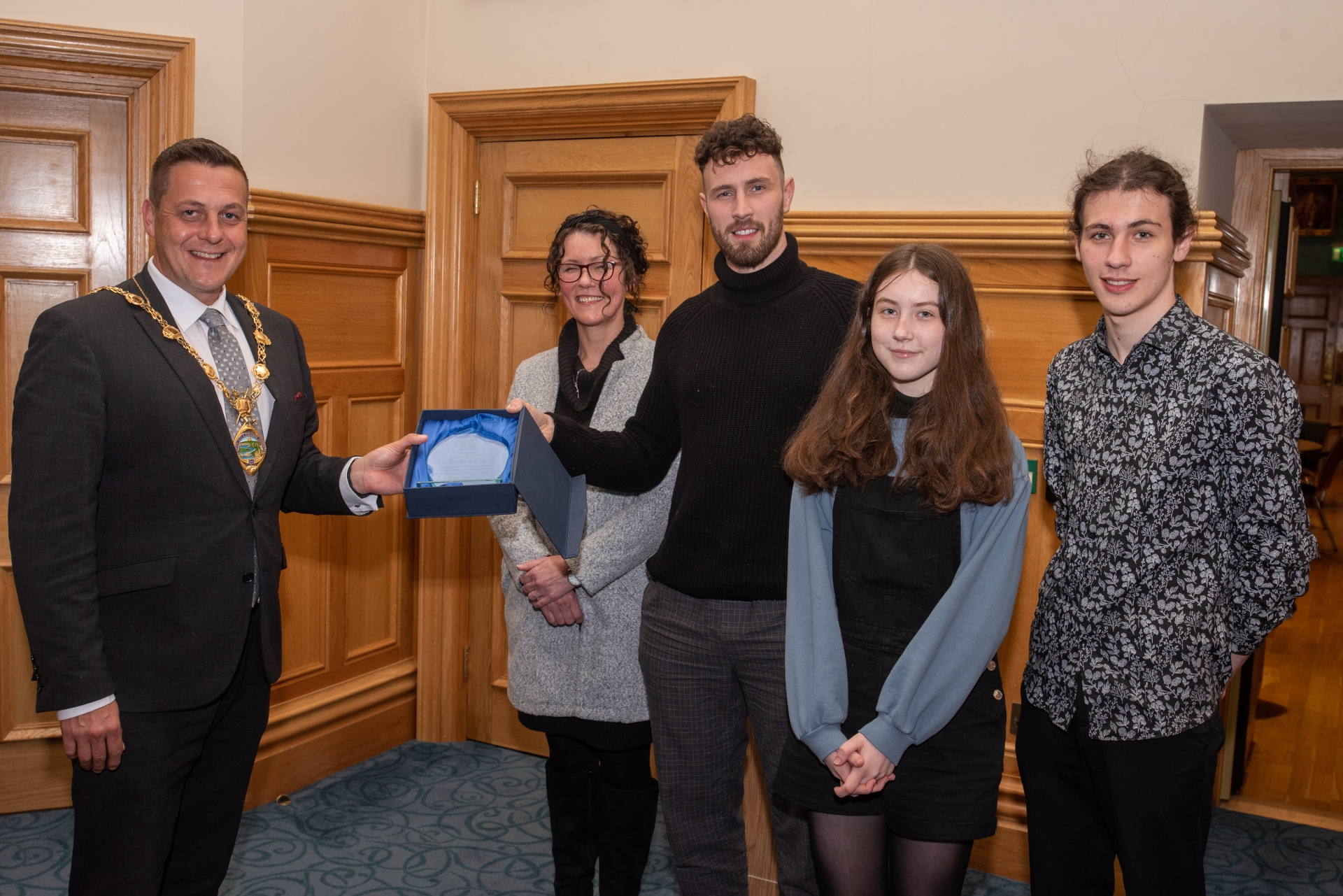 The Mayor Alderman Graham Warke who hosted a reception in recognition of Danny Quigley who completed 10 triathlons in 10 days, in memory of his father Colm Quigley, who died by suicide 10 years ago. Danny has been raising awareness of mental health and suicide prevention and has so far raised over £100,000 for Pieta House and the Bogside and Brandywell Health Forum’s 1-2-1 Counselling service, pictured with his mum Denise, sister Ava and brother Ava. Picture Martin McKeown.