The Ballyarnett men were battling for a place in the Antrim Division 3 hurling league final. 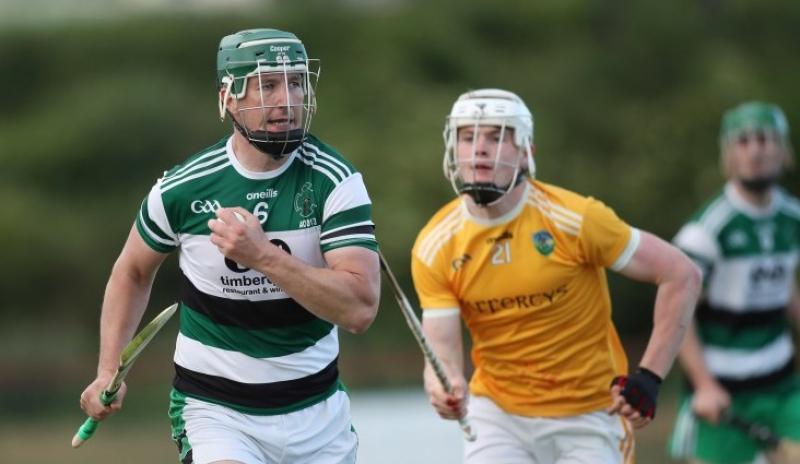 A battling Na Magha fell to Armagh side Cúchullain's this evening in Rasharkin, as a Derry team met an Armagh team for a place in the Antrim Division 3 hurling final.

The Orchard side book-ended the game with a blistering start and a confident finish, and as the game wore on, were the more composed of the two teams in the final third.

In between their spells of dominance, the Ballyarnett side had their own purple patch. They wiped out Cúchullain's five-point lead, with Doherty's pace causing problems for full back Stefan McFarland.

A Ruaidhrí McLaughlin goal had the Derry side three up early in the second half, but the Armagh men had edged ahead by the time Lavery's penalty shot them into a four-point lead.

The Orchard side were able to keep their opponents at arm's length throughout the remainder, with 0-6 of their total coming from their bench as they saw the game out.

Cúchullain's had started the evening in the mood too.

Midfielder Jordan Murtagh slotted the opener after three minutes, and further points from Conleth Lavery, Ciaran Duffy, Neil Duffy and Paddy Heaney left them 0-5 to 0-0 up after just six minutes.

Na Magha hit back through a Timothy Rankin free, before the fleet-footed Keelan Doherty picked Stefan McFarland's pocket and rifled a finish into the bottom corner of the Armagh net.

Rankin's first from play then levelled matters before the Na Magha midfielder fired over a brace of frees to see his side lead by two at the first half water break.

Cúchullain's kicked off a tetchy second quarter with a Conleth Lavery brace to see them back on level terms, before Rankin and Jordan Murtagh swapped scores to continue the deadlock into the break.

Timothy Rankin again opened the scoring for the second period with a finish from the left flank, but Armagh substitute Tony Duffy levelled almost immediately on 34 minutes.

The pendulum then swung the way of the Ballyarnett men again. Cúchullain's goalkeeper Adam Murtagh spilled a high ball and Ruaidhrí McLaughlin was on hand to bundle it over the line.

Armagh didn't panic though, and cancelled out the lead within five minutes through Conleth Lavery (2) and Tony Duffy.

Lavery added another free on 43 minutes after being fouled by Diarmuid Shields to edge Armagh in front, and after Rankin and Tony Duffy again swapped scores, the game's turning point arrived.

Fionntán Oliver plucked a high ball inside the box and drew a wonder save from Barry Robinson, but a foul on Oliver from Brendan Quigley resulted in a booking and a penalty.

Lavery dispatched the penalty and when Armagh followed with a rally of scores from Neil Duffy, Lee Murtagh (2) and Jordan Murtagh, the eight-point margin looked like a winning one.

Keelan Doherty swept over a response on the hour, but Cúchullain's finished with points from Lee and Jordan Murtagh, the latter a free after Brendan Quigley had been sent off for a second yellow card.

Disappointment in the end for a stubborn Na Magha side as they miss out on a chance for promotion to Division 2 of the Antrim hurling league.

DERRY SPORTING MEMORIES: From the Derry News archives of July 2001

How many familiar faces can you spot in our gallery of pictures from the archives of the Derry News?

The more clubs taking up hurling the better