The Kevin Lynch's man hit 2-2 to see Derry come out of their Christy Ring group unbeaten. 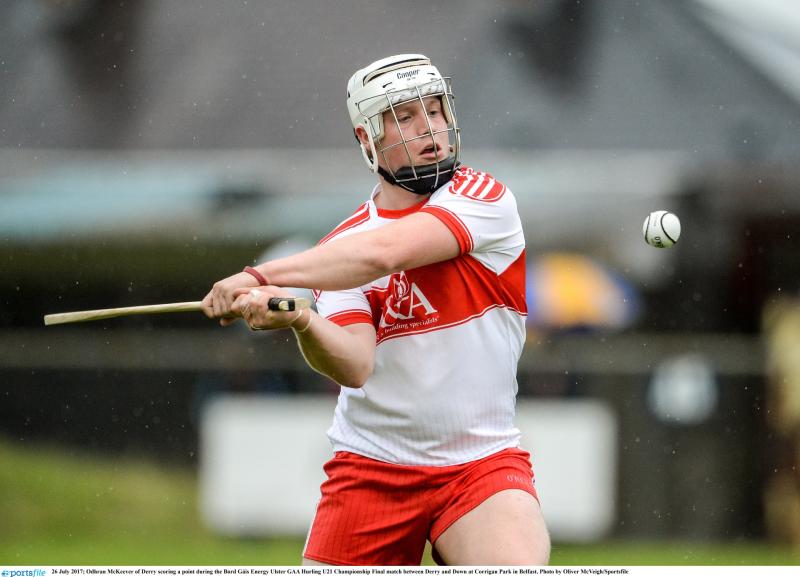 A brace of goals from Odhran McKeever helped Derry on their way to victory at Owenbeg this afternoon in their Christy Ring clash against Wicklow.

In a tense first half, it was the visitors that made the more composed start, with frees from Andy O'Brien seeing them open up a 0-4 to 0-2 lead after 9 minutes.

After the water break, both teams took a while to settle back into their rhythm again. Two O'Brien frees got things moving again, with Christy Moorehouse and Eamonn Kearns sharing scores with O'Doherty and Gerald Bradley.

The Oakleafers would have gone in trailing at the break had it not been for a superb Oisín O'Doherty save.

The Slaughtneil man turned a fizzing effort low to his right over the bar to see Wicklow go in at the break 0-12 to 0-11 down.

Derry turned the screw further at the beginning of the second half with points from Bradley and Sé McGuigan, before an Odhran McKeever finish left the hosts in control at 1-15 to 0-12. 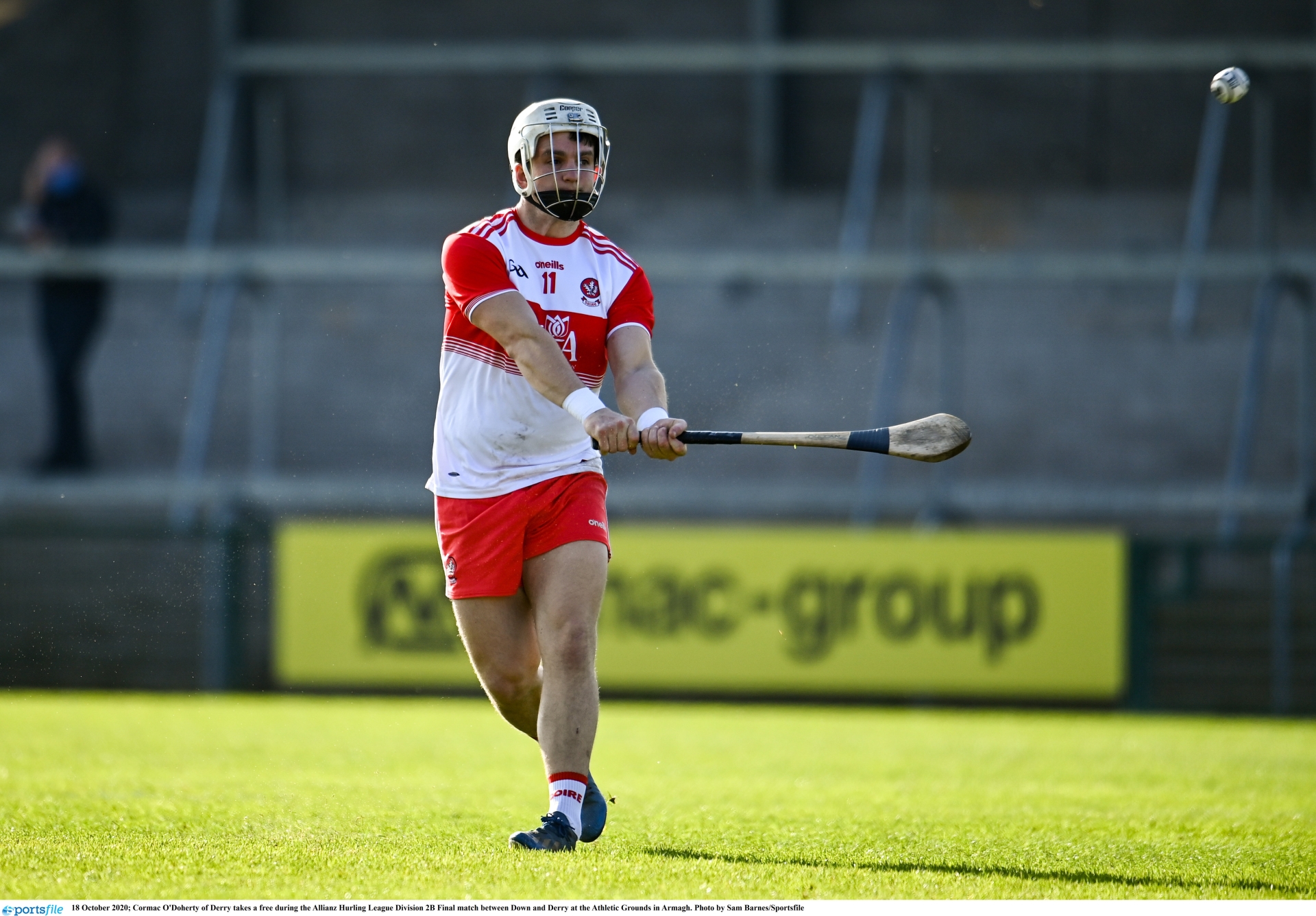 Cormac O'Doherty's deep-lying role meant Derry had a wealth of good ball going into the forwards.

The goal prompted a 0-2 salvo from the Oakleafers, and despite Wicklow hitting back through Daniel Staunton, Derry pushed on with points from substitute Deaghlán Foley and Sé McGuigan to stretch the lead to eight points.

Andy O'Brien continued to snipe from frees, but Odhran McKeever's quick reaction to a Sé McGuigan effort that came back off the post saw him net his second of the afternoon to leave Derry ahead by 2-20 to 0-16.

Referee Colm McDonald handed out four yellow cards after an incident of pushing and shoving, one of which was a second yellow for Wicklow's Daniel Staunton and saw them reduced to 14 men on 66 minutes.

Points from Brian Cassidy and substitute Padhraig Nelis saw Derry navigate the final minutes without incident, running out 2-23 to 0-18 winners.

Derry dig deep to grind out a victory in Roscommon

The Oakleaf side had 15 points to spare on their Connacht opponents.