Gartside withdraws from Northern Ireland squad due to injury 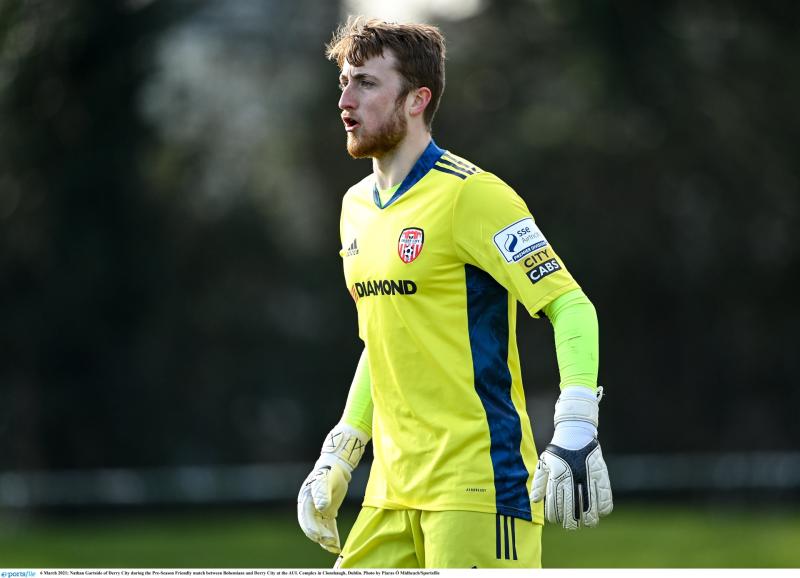 Nathan Gartside has withdrawn from the Northern Ireland squad due to injury.

Derry City goalkeeper Nathan Gartside has withdrawn from the Northern Ireland squad due to face Italy in tomorrow's World Cup Qualifier due to injury.

Gartside was called up at the end of last week prior to the Candystripes' League of Ireland opener against Longford. It was his first senior call-up, but it will now not take place due to his late withdrawal.

NI manager Ian Baraclough said: "Nathan Gartside has got a medical issue that needs sorted and he won't be travelling to Italy. That's the very reason why we brought Liam Hughes into the group".

Gartside played the full 90 minutes in the weekend defeat at Longford for his club.