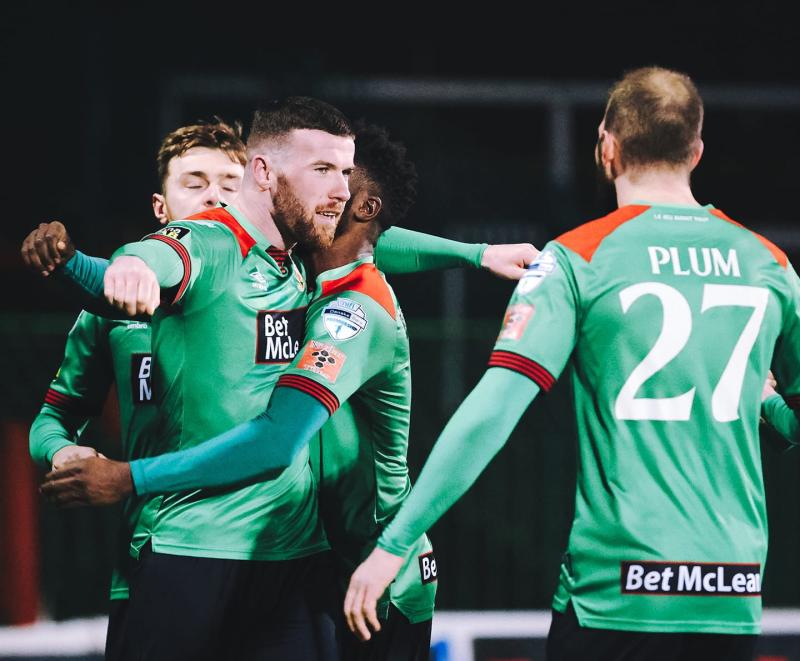 Patrick McClean has pointed the finger at himself for his two failed spells at Derry City, insisting he let his own faults bring a premature end to his time at his home town club.

Acknowledging that his departure from the Brandywell 18 months ago was far from amicable, McClean looks back at his two spells at the club with no shortage of regret.

After 14 appearances under Kenny Shiels in 2016, the Creggan man return to Derry City under Declan Devine in 2019, but reoccurring injury problems, amongst other things, saw him play just 10 more games before leaving to join Glentoran.

McClean is enjoying a new lease of life at the Glens, but in the short time since he left the Brandywell, he believes he has done a lot of growing up.

“Since I left Derry I’ve become a father, I’m playing football regularly now, I’m injury free and I couldn’t be happier,” he said.

“I think whenever I signed back with Derry that was just me trying to prove a point from whenever I was there before. I was thinking ‘I’m back at Derry and I’m going to do this and do that’, but it just didn’t happen. From then to now I’ve matured a lot and I look at things differently and how I live my life as well, and I would say I’m a much better person.”

McClean, still just 24, looks back at his time with Derry, knowing he would do a lot of things differently if he had the chance.

“I do have regrets on how I left things with certain people because I was very, very bitter,” he acknowledged.  “Whenever Derry got beat I was finding that amusing even though that’s my hometown club. I was looking forward to them getting beat just because of my own bitterness. I have brushed all of that aside now, I’m happier, I’m in a better place and I wish Derry City all the best and I hope they have a good season.”

McClean has had spells at Derry City, Waterford and Sligo Rovers but he seems happiest at his current club Glentoran, with whom he won the Irish Cup last season. He recently celebrated his 50th appearance with the club and is much, much happier now that his injury problems are behind him.

“From a personal point of view, I’m a lot happier,” he added.

“From the minute I walked through the doors at Glentoran, it has literally been a big family. Everyone is pulling in the right direction and it’s unbelievable to be a part of and I couldn’t be happier.

“When I was at Derry City, there were a lot of things going on outside football. I had an injury and things between me and the club weren’t going well, so it was best to part ways.

“I just want to play football and be happy. I’m not looking at anything else. I’m playing football, taking each game as it comes and as long as I’m happy and I’m providing for my child, then that’s the main thing.” 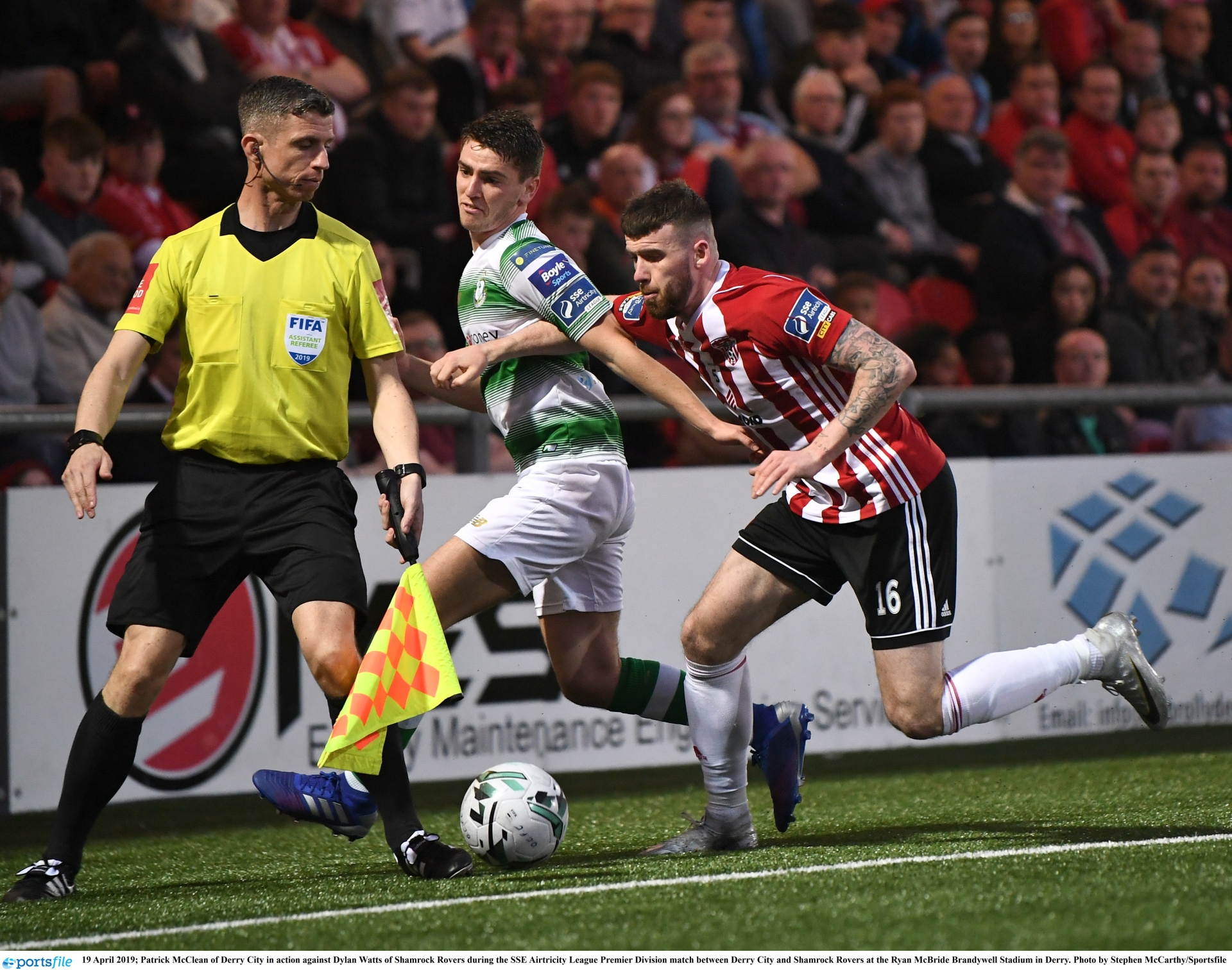 Whilst more than happy at the Oval at present, McClean still has a long career ahead of him, and he admits he would not rule out a return to Derry City, and making things right at the Brandywell at the third time of asking.

“I would never rule it out,” he said.

“I pissed it down the drain, the two times I was there. That’s the bottom line. I blamed everyone else, but it was my own faults that caused me to leave. I would never rule it out. I love Derry, I’ve supported Derry all my life, and it’s something I wouldn’t say no to. At the moment though I’m just focused on Glentoran and where we’re going.”