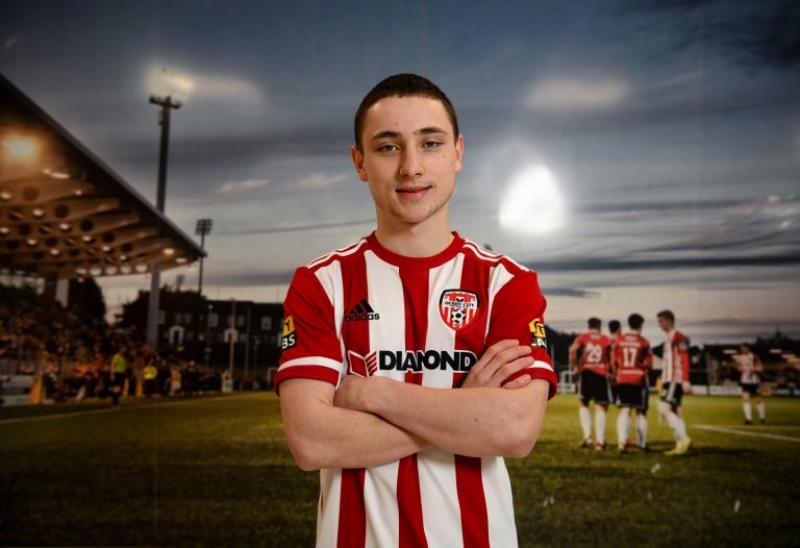 Joe Hodge is considered a star of the future

The signing is a significant coup for the club, with Hodge one of the most talked about youngsters in the game in England and Ireland.

"It’s a high profile loan signing for us given that Man City are one of the biggest clubs in the world and Joe is one of their top young talents and current ‘Scholar of the Year’.”
“Of course Joe is just 18 years old and this will be his first venture into senior football. ”

“We want to help him evolve and to enjoy this opportunity. I’m hoping that his spell with Derry City will play some small part in the youngster fulfilling his potential.”

“I’d like to thank Manchester City for their assistance in getting the deal done and assure them we will look after the lad.”

Joe was awarded his first professional contract at the Etihad last August and the Premiership leaders were keen to get him playing senior football as the next step in his development. The teenager, who plies his International trade with the Republic of Ireland under-19’s opted for the SSE Airtricity League and Declan Devine and Paddy McCourt were quick to make their move.

Hodge has made his mark for the Republic of Ireland at underage level and has long been tipped for full international honours in the coming years.

He has represented Ireland - the home of his grandmother - throughout the underage ranks - featuring as a 16-year old at both the U17 and U19 European Championships in 2019.

Joe has been described as 'Half Xavi, half Iniesta' by Dundalk coach Shane Keegan