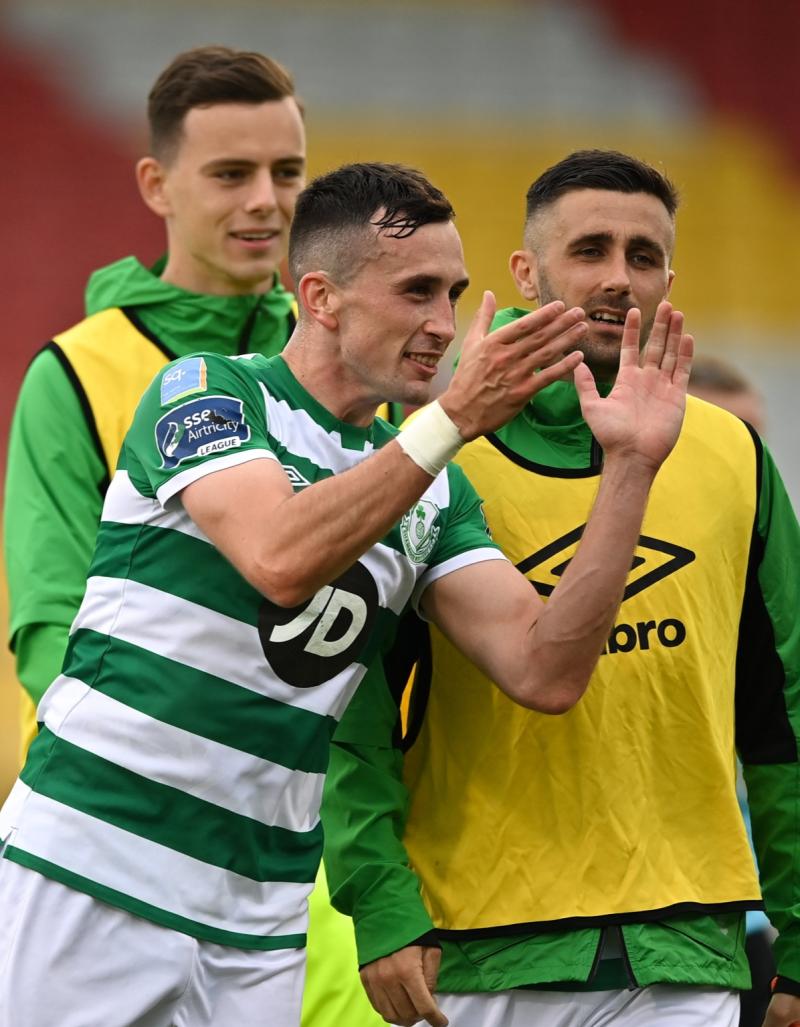 The duo now join Patrick McEleney, Michael Duffy and Dean Jarvis as Derry men who have won the title playing for another League of Ireland club.

Shamrock Rovers have been dominant this season and now go into this week’s game with Derry City as champions for the first time since 2011.

“My initial reaction was surprise because I don’ think that anyone expected Finn Harps to get the reaction that they did against Bohs,” Lafferty said.

“It has been a long time coming and everyone had us nailed down as winning the league. It’s a bit anti-climactic when you don’t win it through playing but nevertheless it’s still nice.

"It has probably been the strangest year anyone has experienced in football and there has been a shortened amount of games, but even so I don’t think anyone can argue that we didn’t deserve it. Everyone would say that we are the best team in the country.”

Lafferty also paid tribute to McEneff, who, he insists, has been a major influence in the title win.

“He left Derry because he wanted to go and win things and he has done that,” he said.

“He won the FAI Cup and then backed it up with the league win this year. He’s an ever-present in the team and one of the fittest lads I’ve come across. He has definitely stepped up to the plate this year and has nailed down that position in centre-mid and made it his own and we are definitely a better team with Aaron in it.

“His old man is from Tallaght so he will be buzzing for his dad and he definitely deserves it because he has been one of the stand-out players for the team this year.”