The Emmet's defeated 2019 champions Magherafelt in a tight battle in Bellaghy. 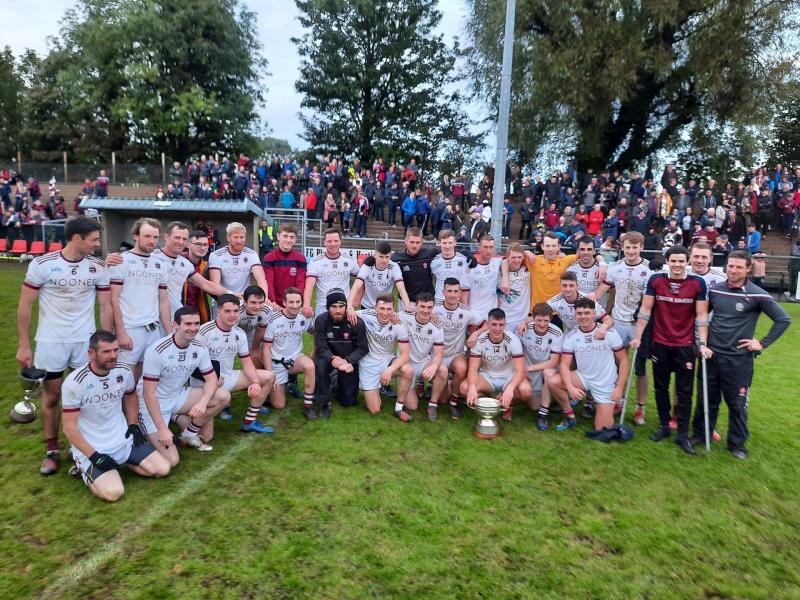 Slaughtneil dethroned holders Magherafelt at a damp Bellaghy this afternoon to take home the John McLaughlin Cup for the first time since 2017.

Both teams kept things tight in the early stages, but it was the Emmet's who found their cutting edge that bit quicker, a Christopher Bradley free and Chrissy McKaigue brace cancelling out Conor McCluskey's response to see them lead by 0-3 to 0-1 at the first half water break.

Conor Kearns swung over an effort to reduce the arrears in the 24th minute, but in response, up popped Slaughtneil corner back Conor McAllister to claim a mark wide on the right flank, before splitting the posts confidently to see his side lead by double scores at half time.

An early second half blitz saw Slaughtneil hit 0-3 without reply, but a 40th minute Jared Monaghan piledriver fired Magherafelt back into the game.

A brace of Christopher Bradley points either side of Shane Heavron's free and a Shane McGuigan score saw Slaughtneil heading for the final stages with a four-point lead.

Conor Kearns' fine 55th minute point set up a final flourish as Rossa pushed for a goal, but an Antoin McMullan save and characteristic Patsy Bradley take inside their own six yard box repelled the attacks.

Pick up a copy of Tuesday's County Derry Post for in-depth reports, analysis and reaction from the game.