'Shane and Celtic are a perfect match'

McCourt backs Duffy to be an 'exceptional' signing for Scottish champions 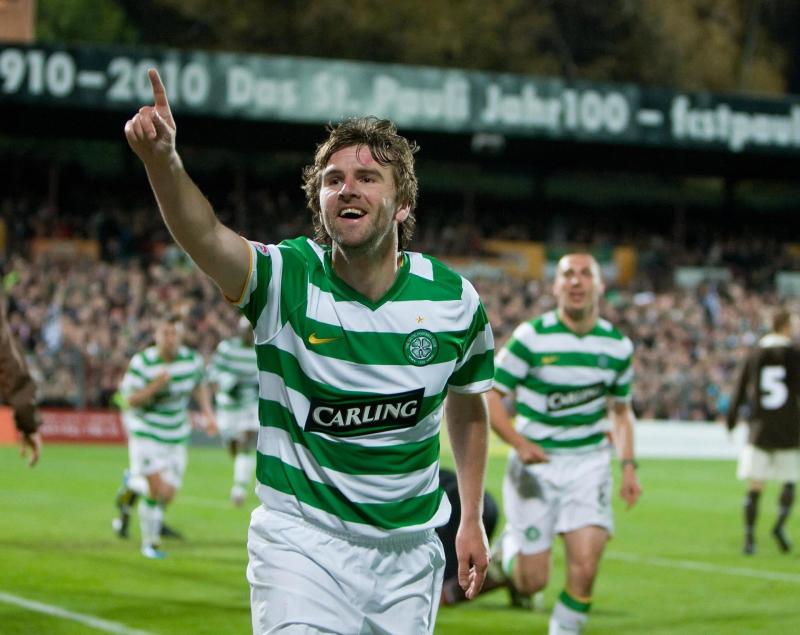 Paddy McCourt believes that Shane Duffy will prove to be 'an exceptional signing' for Celtic, because he knows what it means to the fans to win, especially in what could be an historic year for the Glasgow club.
Duffy has joined the Scottish Premier League champions on a one-year loan deal from Brighton & Hove Albion and has been given the number four shirt as Neil Lennon attempts to lead the club to a record tenth successive Premier League title in 2020/21.
It was reported that Duffy was wanted by a number of Premier League clubs in England, but the 28-year old admitted that a talk with former Celtic player Paddy McCourt helped make his mind up.
McCourt believes that the move is the right one, for both the player and Celtic.
“I think he'll be an exceptional signing,” he said. “I think he's an exceptional player and I think he has a head start on a lot of players who go to Celtic in terms of knowing what it means to represent the football club and knowing what it means to fans to win."
“I've been in regular contact with Shane for the past two or three weeks. He has picked my brains about nearly everything about my own experience and what he can look forward to. I was very open and honest with him and told him how fantastic a football club it is.
“At the minute he probably won't get the full experience because there are no fans allowed but in my opinion, when that stadium is full and when it's rocking to its core, there is no better place to play football."
Duffy leaves Brighton after four years at the club, three of which were played in the top flight in England. That experience ensured that he defender had his pick of clubs this summer.
“He has had a great career up until now and he has had a lot of Championship and Premier League football but unfortunately Shane seemed to lose his place after two or three fantastic years alongside Lewis Dunk," McCourt continued.
"He still has a long time left on his contract at Brighton so going to his boyhood club for a year at this stage of his year, I think is a perfect move. Hopefully he will be able to get his place in the team which will help his international football. It will help gather his confidence as well and get his career back on track.”

Part of history
Duffy will now get the chance to be part of a squad which creates history over the next 10 months with that desire for number 10 driving the fans and the players on.
"It's absolutely huge and I feel it's going to be a very tight season," McCourt agreed. "
“The Champions League is a bonus when you play for Celtic and you get a good run in that it's great for the club financially, but the bread and butter for the players is winning your domestic title and also challenging for the cups.
“Over the last number of seasons Celtic have absolutely dominated in that respect but asking anyone from up there, this is the real pinnacle of that run now and one that they are determined to not let pass them by."
The move adds to the increasing links between Derry and Celtic over the years and McCourt is continuing to work in the background to forge a strong bond between his former employers and his current employers, Derry City.
"I'm in regular contact with Peter Lawwell, who is the Chief Executive, about numerous things," he said. "I've always kept that link there since I've left and I've spoken to Neil Lennon a couple of times in the last few weeks about different things.
“We have had a few of our youth players over on trial, six or seven months before Covid-19 kicked in.
“We also had the friendly game arranged which we couldn't go to and that's something we hope to look at again in the future when things are a bit easier in terms of travel restrictions.
“There's certainly still a strong link between myself and the football club which I hope will always be there and it's one I'm trying to build and mold with Derry City as we go.”