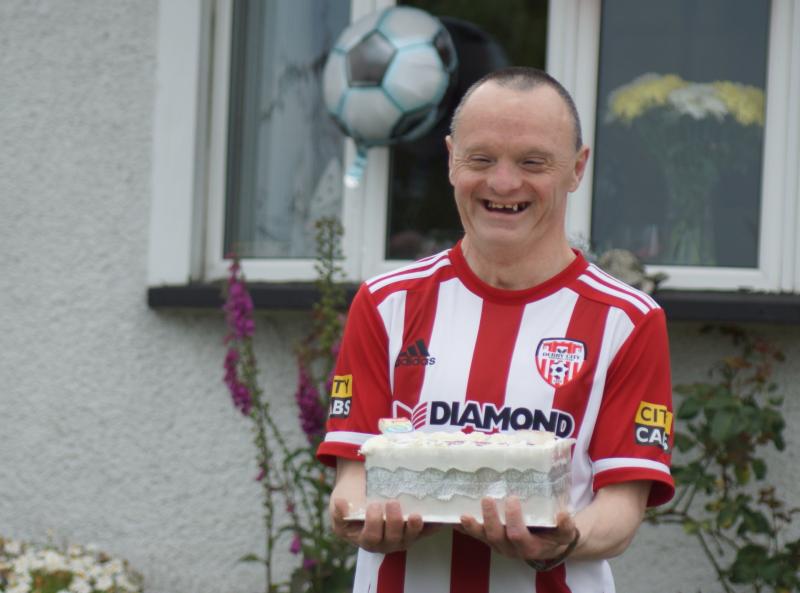 John Pio enjoys the singalong outside his house.

There was a special birthday surprise this evening for Derry City's number one fan John Pio O'Doherty.

John Pio, a familiar figure at the Brandywell for many years, is today celebrating his 52nd birthday.

However, he was stunned tonight when he walked outside his Creggan home and found the band from the Brandywell Pride Supporters Club standing in his street. 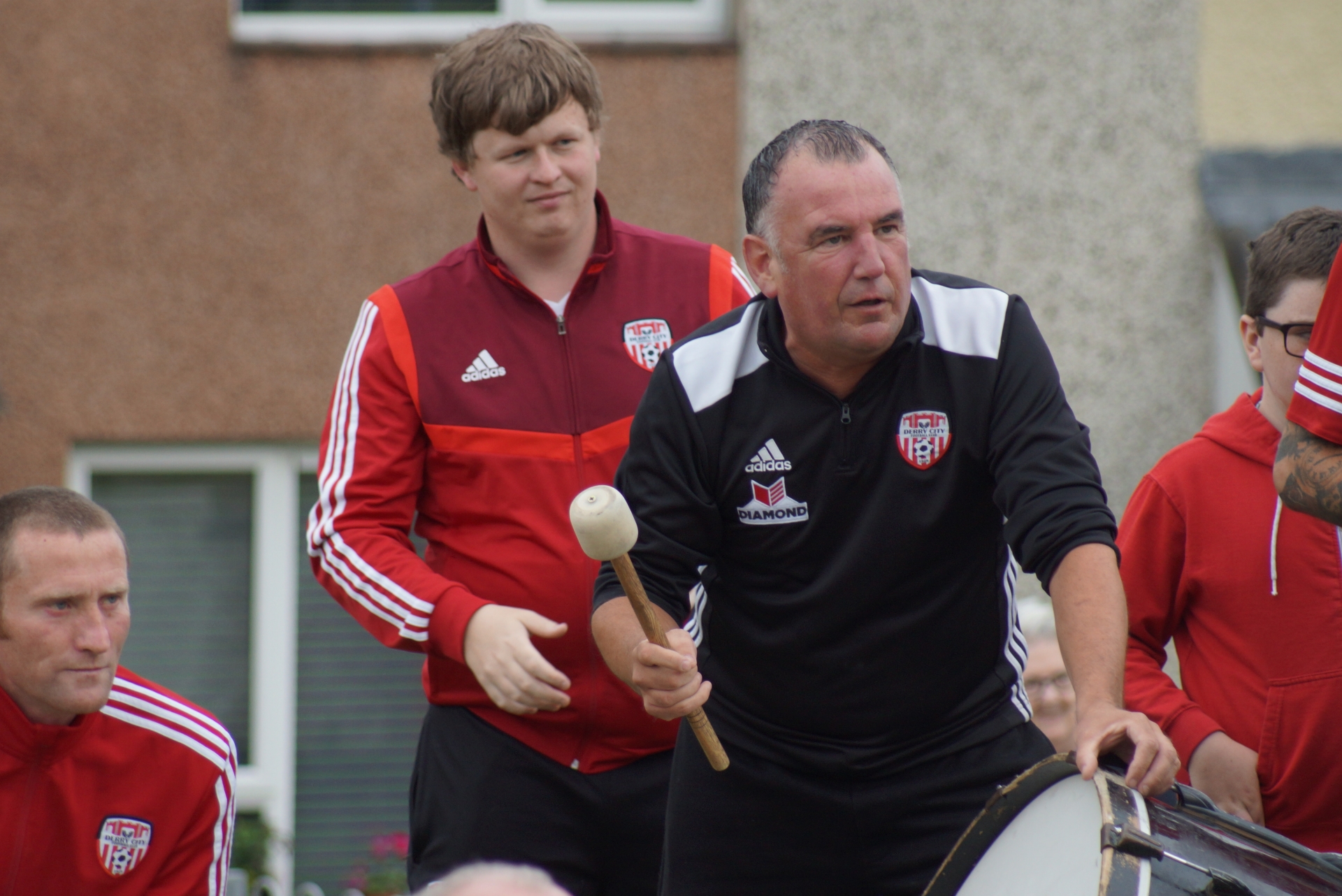 The club members sang a number of their well-known songs in John Pio's honour and also joined in with his family and neighbours in a rendition of happy birthday.

Like all Derry City fans, John Pio has been missing the big match nights at the Brandywell because of the lockdown.

However, tonight's surprise will have helped him get back in the mood for supporting his beloved Derry City. 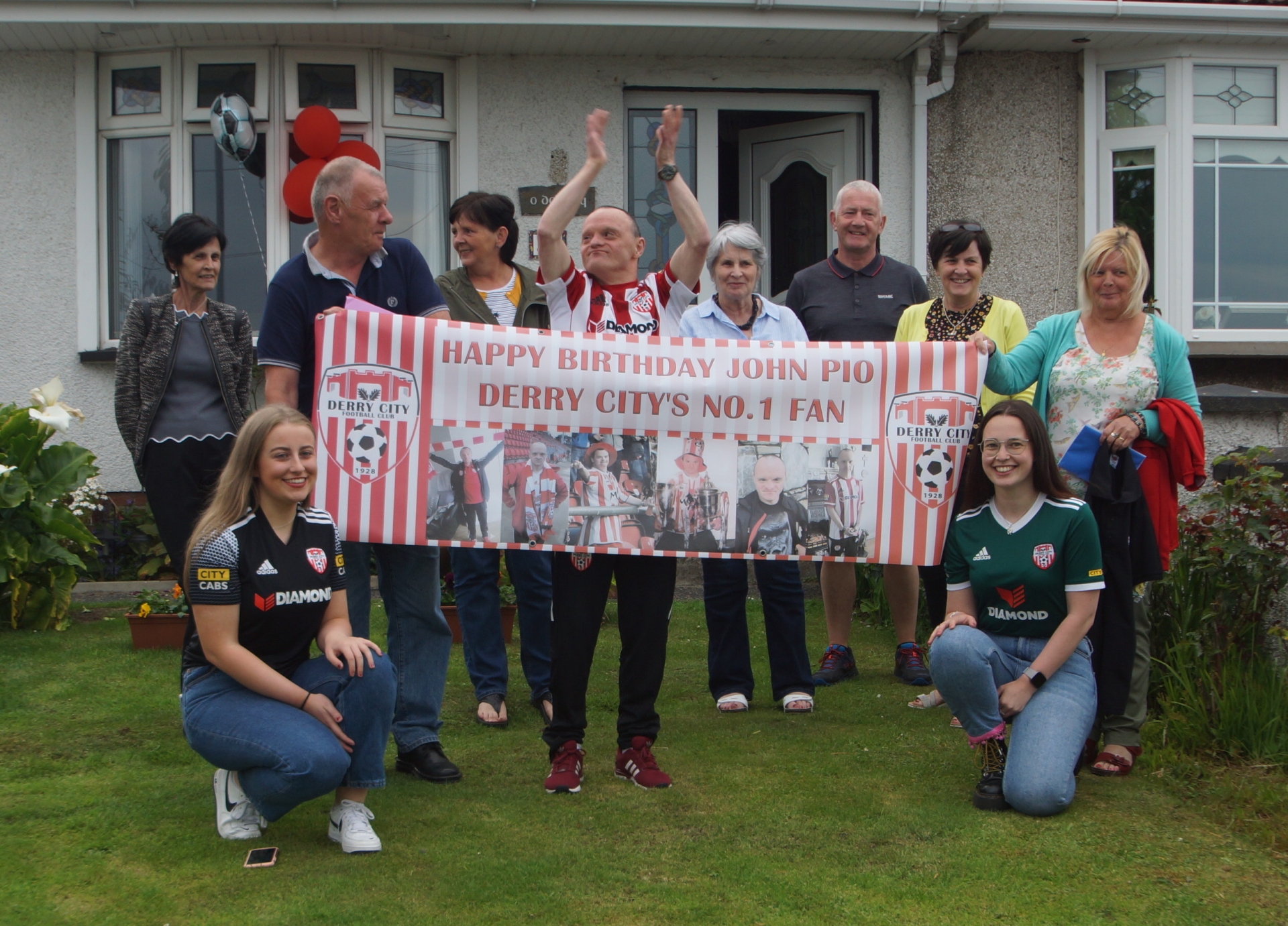