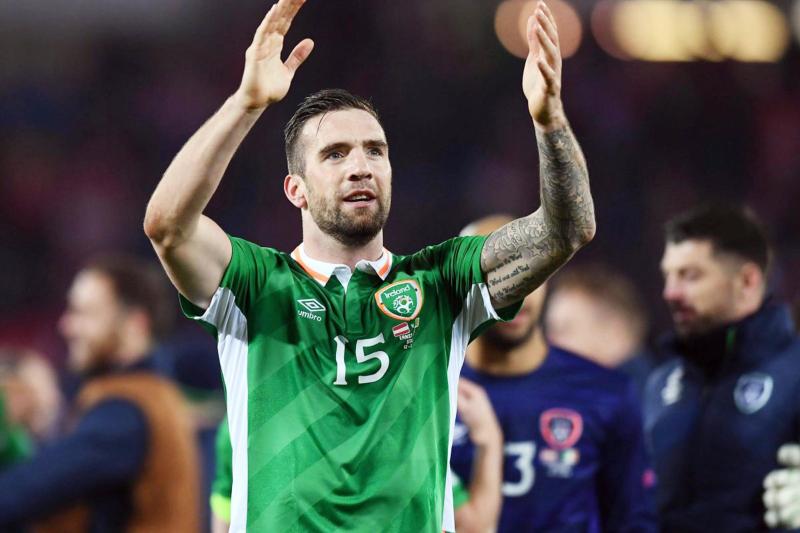 Shane Duffy has expressed his pride at being named captain ahead of the Republic of Ireland's crucial EURO 2020 qualifier against Denmark at the Aviva Stadium tonight.
The Derry man will lead his country for the first time in a must win game for Ireland, who need victory to secure qualification for next summer's tournament. Duffy becomes just the second Derry man to captain the Republic of Ireland after team mate James McClean led his country in a friendly against Mexico back in 2017.
"It's a huge honour just to play in the game never mind to captain," he stated. "I'll hopefully take it all in my stride, it's just another game really but it's a huge honour for me and my family.
"It's a huge honour just to even play for your country, it's a massive milestone in your career. To lead the boys out, hopefully I take it in my stride. It's another game really for me and I don't really let it affect me.
"It's one I'm excited for - obviously, my family will be proud and I'm proud as well but as I said the main objective is to just go out there and play my game and try and get the win."
Republic of Ireland manager McCarthy said he had no doubts in naming Duffy captain despite the magnitude of the game, explaining that the defender is someone his team mates look up to.
"He's important to the team for a long time now, he's a really top, top defender,” he said. “And he has that ability to get a goal- he's good in both boxes.
"He's one of them in the squad that everybody sort of looks up to, just how he plays the game he gets respect out of people and his teammates.
“Without running around screaming and shouting, he rallies people and gets them defending and he's the one that blocks things and gets his head on stuff. He's one of those guys that you rely upon.”
Meanwhile, Glenn Whelan said Duffy was the perfect candidate to lead the side out against Denmark.
"Obviously with Seamus [Coleman] not being around he probably deserves it more than anyone just with his performances,” he explained. “Even if he didn't have the armband on he'd be a captain anyway because he goes out and puts a shift in and he's a real warrior.
"I'm delighted for him and his family and it's something that nobody can take away from him. So hopefully we'll get the right result and it'll be a great party everywhere."