Having drawn away to high-flying Crusaders the previous week, this was a further indication that ‘Stute have turned the corner. 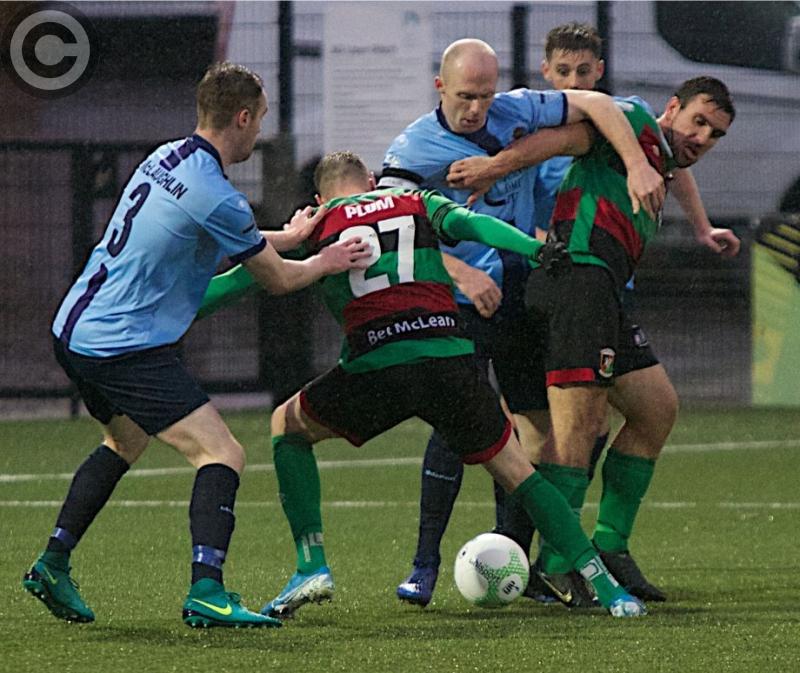 Institute manager Sean Connor has described his side’s draw with Glentoran as being “a tremendous point.”
Indeed, having drawn away to high-flying Crusaders the previous week, this was a further indication that ‘Stute have turned the corner.
They remain second bottom, but Connor has been encouraged by their recent run of draws.
They have stopped the leakage of goals and effectively turned defeats in gaining a share of the spoils.
The next step is to convert the draws into wins.
And with a run of - at least on paper - of seemingly less difficult games next month, he is hopeful that they can start climbing the league ladder.
“We’ve only conceded three goals in the last four games, so we are going in the right direction,” he said.
Reflecting on the game, he was well pleased with his side’s first half performance and while Glentoran were the better team in the second half, he pointed out that they did not have many good chances.
“I don’t think they had an clear-cut chances,” he maintained, paying tribute to his defence and goalkeeper Rory Brown.
He also noted that the points against Crusaders and Glentoran were two points than many did not expect them to get.
The challenge now is to start getting a few wins.