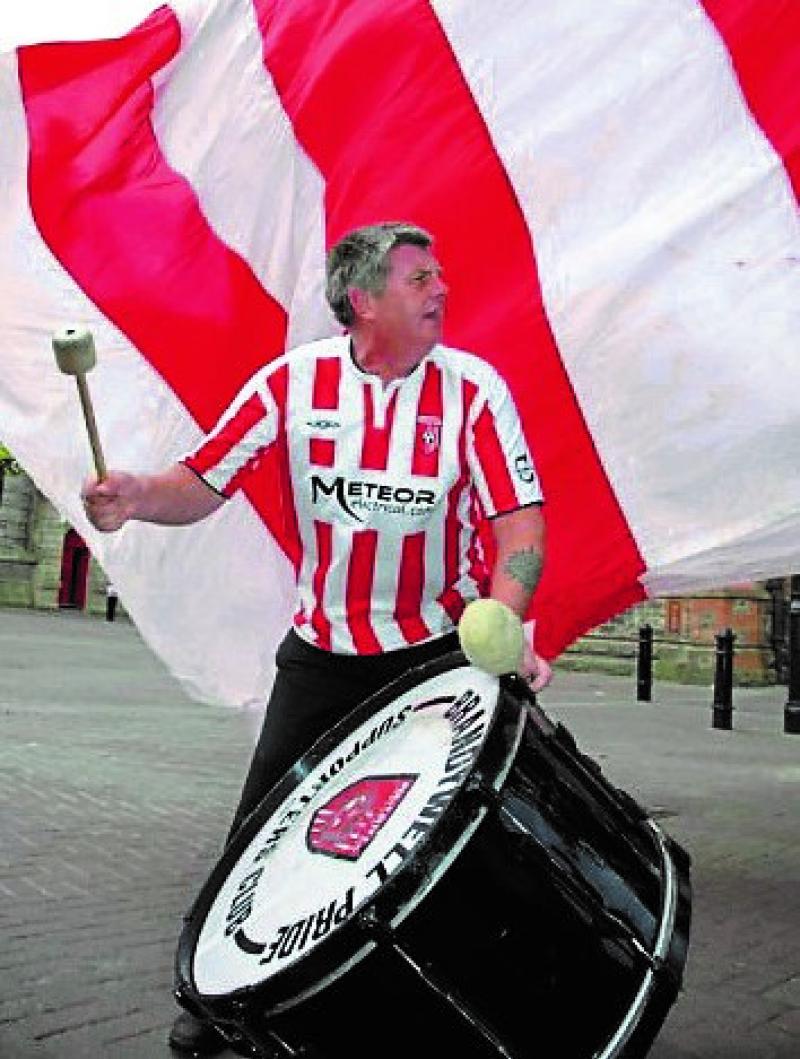 Derry City fans are being given the opportunity to play against a number of the club's legends in a game being staged in memory of a Candystripes 'super fan.'

The Creggan man was well-known and well-loved across the country with his passion and loyalty to his home town football club - the mark of a man who would go above and beyond for anyone, and always with a smile on his face.

The outpouring of tributes at the time of his passing was a testament to a man who made his mark on so many along the way, from former City player Lukas Schubert, who told how Hugh was the first to reach out when he came to a new city, to Mary O'Regan down in Cork, who saw first hand Hugh's selflessness when he drove her to Cork with a broken leg.

He was particularly well-known in League of Ireland circles through his role as a supporter liaison officer with Derry City, acting as a point of contact between the club and fans.

Many of those who attended his funeral wore Derry City colcours.

Speaking at his Requiem Mass in St Mary's Church in Creggan, celebrant Fr Joe Gormley referred to Hugh's role as a liason officer for Derry supporters and pointing out he would have been 'driving up and down the country.'

Among those in attendance at the funeral was the then Derry City manager, Declan Devine.

He said: “The entire club is devastated by the awful news of Hugh’s passing. He epitomised everything that Derry City Football Club stands for and Hugh is simply irreplaceable within our club.

“The management, players, staff and supporters are deeply saddened at Hugh’s passing and our wish to extend our deepest condolences to his family at this terrible time.”

Now, Brandywell Pride, the supporters' club which Hugh was affiliated to, is holding a fundraising match in his memory against a Derry City Legends team, made up of legendary players such as Felix Healy and Liam Coyle, to raise funds for the motor neurone charity.

The game is to take place on Saturday, November 20 next, with a minimum donation of £20 to play.