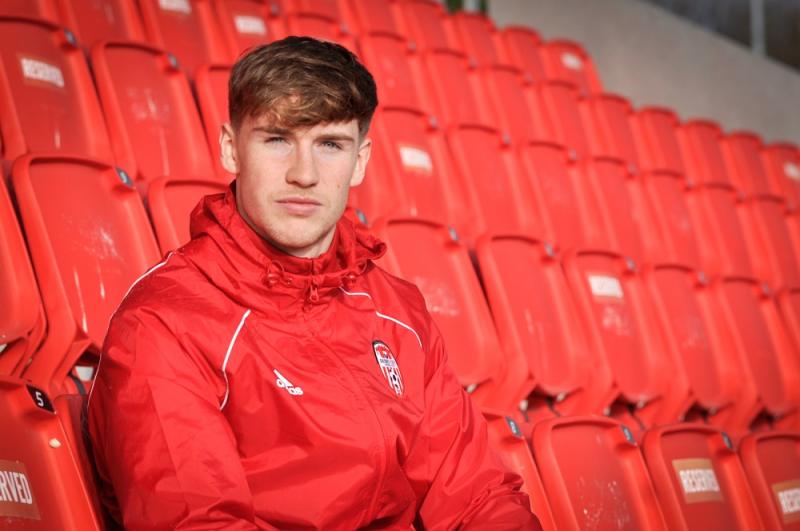 Stephen Mallon believes that Derry City can impose themselves on Dundalk this evening and send a real message of intent for the season ahead.
Mallon is expected to be part of a brand new looking Derry City team which starts at Oriel Park, and for the Sheffield United loanee and his team mates, it is a case of being thrown in at the deep end. Mallon is determined to make an impact similar to friend David Parkhouse and he has used pre-season to ensure that he hits the ground running, starting tomorrow night.
“It's a massive game, not only is it the opener but it's last year's champions,” he said. “We have done a bit of preparation towards it but I think the main focus is on us and how we're going to play, what we're going to do and how we're going to break them down. We just really impose ourselves on the game and we can't wait for it.
“I feel very good. It's nice to get out there and get minutes playing for Derry. There has been some tough games but good games and it's been a good chance for us to showcase ourselves and try and get in that starting eleven for the game at Dundalk.”
This will be Mallon's first experience of the League of Ireland, but having spoken extensively to Parkhouse before he made the move to the Brandywell, he is not at all surprised by the quality of his team mates as he prepares for the next chapter of what he hopes will be a long and successful career.
“I'm not surprised because I was expecting very good players,” he continued. “We have got a very good group; we have a mixture of experienced players and young lads who have some real talent and who want to go on and prove themselves in this league. I think we have a very strong squad and that we will do very well this year.”

New look squad
Derry City have ten new players in since the end of last season and looking around at the squad, Mallon believes that City are in very good shape ahead of what promises to be a demanding campaign.
“Healthy competition is always good,” he insisted. “Everyone wants to do well and everyone knows what direction we want to go in. Everyone is working for the same end prize and it's good to have that competition because during the season some players are going to have a dip in form, and injuries so it is good to have quality in every position.”