Duffy's double on a chilly night 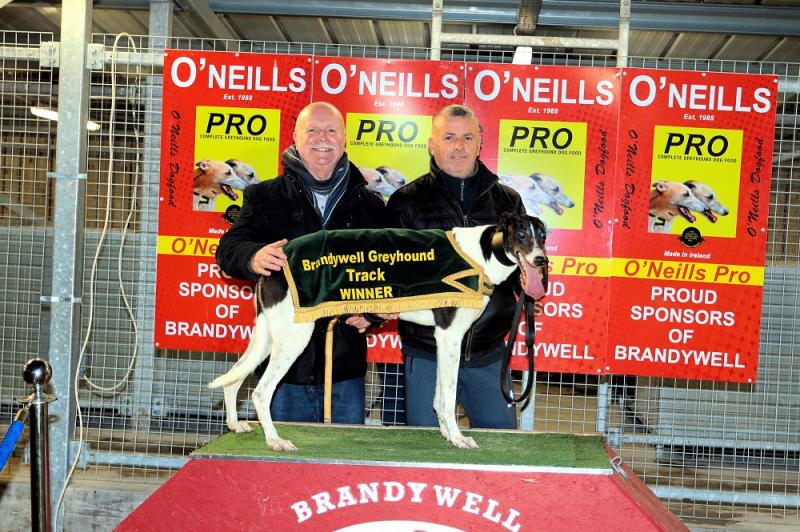 Do It Clare won the Brandywell 525 and is pictured with father and son Roy and Gavin Donnelly from Derry City.

There was the interesting spectacle of seeing just one hundredth of a second being the difference between the winners in the first three races on the card at a chilly Brandywell track on Monday night. 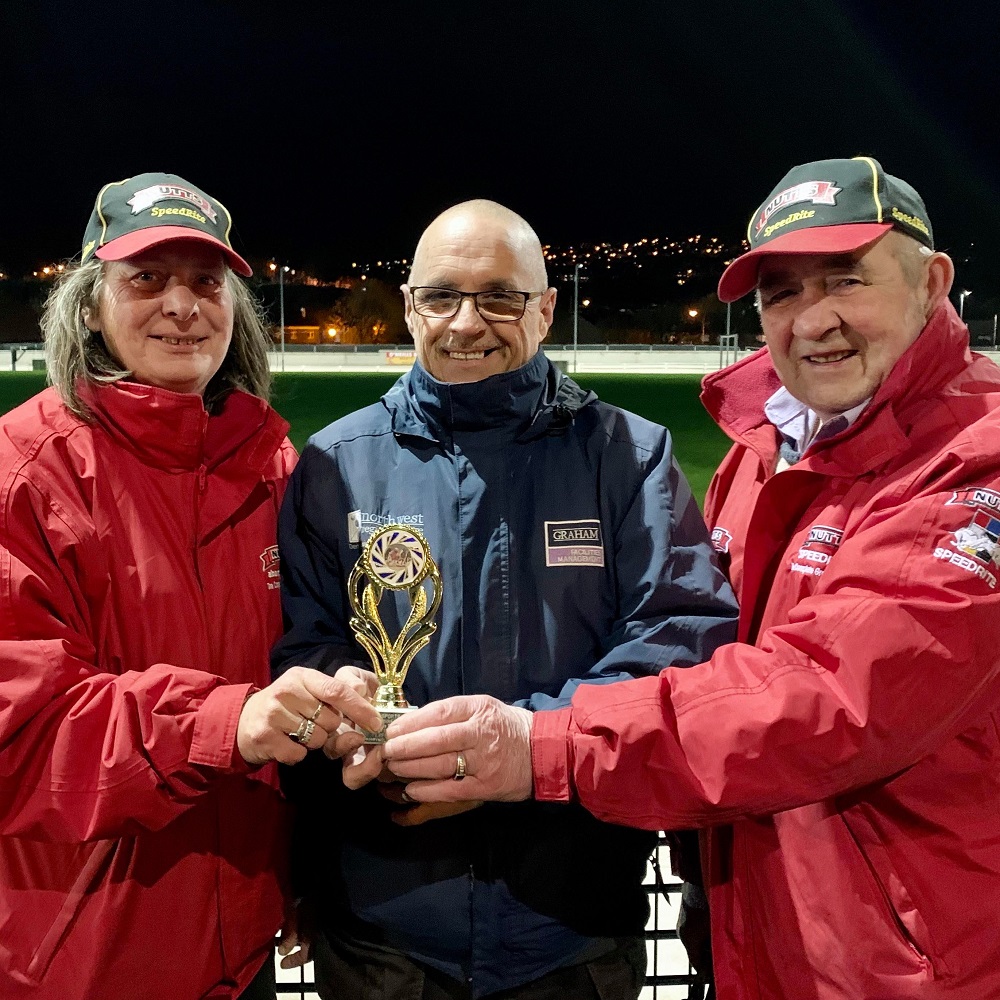 Vincent Mcguinness and Juliet Aldridge receiving the M Sports Trophy from Patsy Doyle of the Brandywell Greyhound Supporters Group on behalf of sponsor Matthew Mathers after Ciaras Rocket was voted the joint favourite performer at the 28/10/19. Photo courtesy of Lynda Bonner.

The opening contest saw Arrivederci Man clocking a decent 16.96 to get the action underway while Charles Ferguson’s Mark Street Mini won the second race, the Brandywell Sprint, in a time only a fractionally slower, in 16.97.
The Monday Night Sprint was the third race on the card and here Gary Simpson’s New Line Jet crossed the line in a time of 16.96 - the same as in the first race.
Next up was a 500 yard race with Corcass Skippy winning in 29 seconds for Brendan Duffy.
Indeed, there was a nice double for Duffy as Chas Book then obliged for him to take the honours in the seventh race, the Brandywell 500, in 28.09. 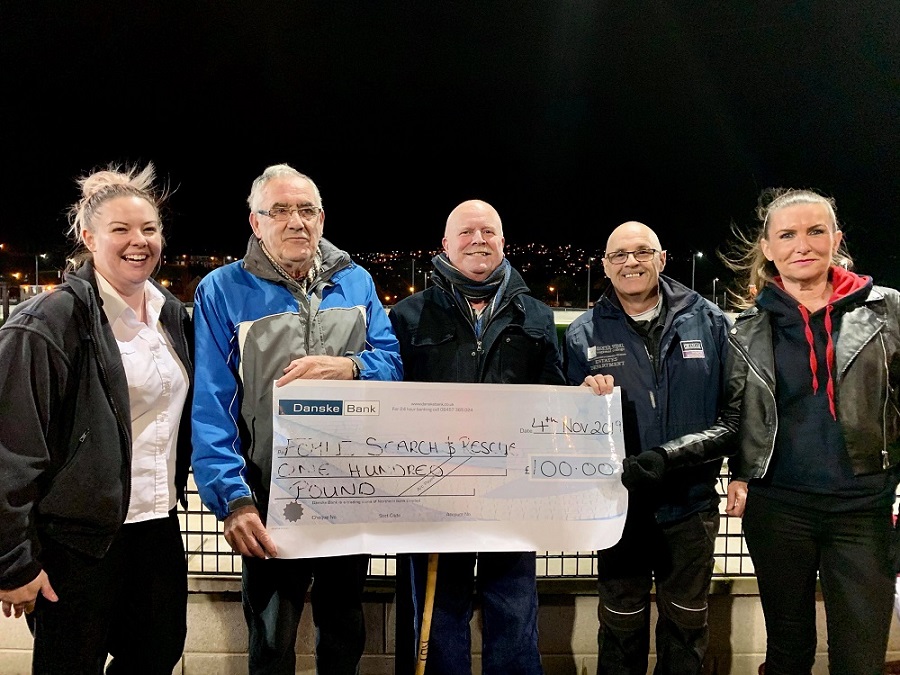 Rachel and Ann from Foyle Search and Rescue received a donation from members of the Brandywell Greyhound Supporters Group in recognition of the invaluable work they do. Photo: Lynda Bonner.

In between, Do It Boss took the honours in the sixth race over the 500 distance in 27.92.
A fine evening’s racing concluded with For Patrick clocking 17 seconds in the concluding sprint.