A historic battle on the fields of County Derry

The Battle of Flemming's Farm was a crucial point in the 1641/42 rebellion. 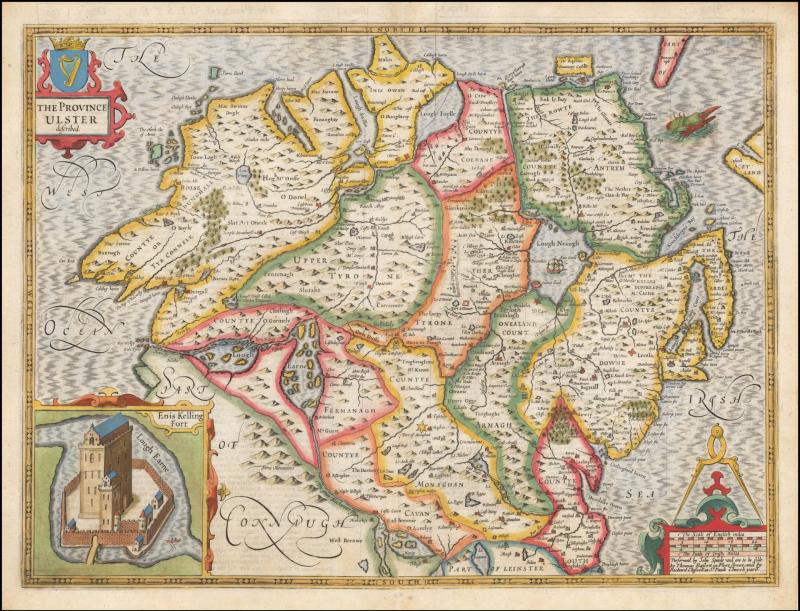 The modern Roe Valley is a tranquil place, where peaceful pursuits like fishing, canoeing and rock climbing can be practised freely.

Almost 400 years ago, however, it was the scene for one of the most crucial battles in the Irish rebellion that began in 1641.

A farm owned by the Flemming family became a battlefield as the Irish O’Cahan army took on the Laggan forces, an army formed mainly by the Landowners of Donegal.

The native Irish had been enjoying some success during the rebellion and had successfully laid siege to Ballycastle (Aghanloo), Limavady Castle and Coleraine.

Having lived unhindered on the land for centuries, the O’Cahan clan had their land taken from them during the 1609 Plantation of Ulster and were itching for the opportunity to reclaim it.

“The O’Cahans would have been the main body of people in the area,” says local historian Stephen McCracken, who runs the Limavady Area Ancestry Facebook page with Fiona Fegrum.

“From 1585 to 1613, the county was officially County Coleraine, but was known as O’Cahans country into the mid-1600s, before it becomes officially known as County Londonderry.

“Before that it was O’Cahan country and it was ruled by Donal O’Cahan, who died in the Tower of London following imprisonment after the Nine Years’ War.

“Since then, the O’Cahan’s had been trying to kill the Phillips family who took over Limavady and built the castle.”

The landowners looked to the east for protection, but none was available as the authorities in Carrickfergus claimed they were too far away to come to their aid.

In response, a call went out to south Donegal, where a collection of Planters and landowners were recruited under the guidance of Colonel Aubrey Mervyn.

Stephen says the army, known as the Laggan army after the area of Donegal in which they were formed, were often misunderstood.

“The big landowners, under Aubrey Mervyn, mustered an army,” he said.

“It’s often cited as an Ulster-Scots, Protestant army, but the muster list shows a mixture of names, and half of them are Irish names.

“It was a Plantation army of those who were on the lands, and there were Irish on the lands.” 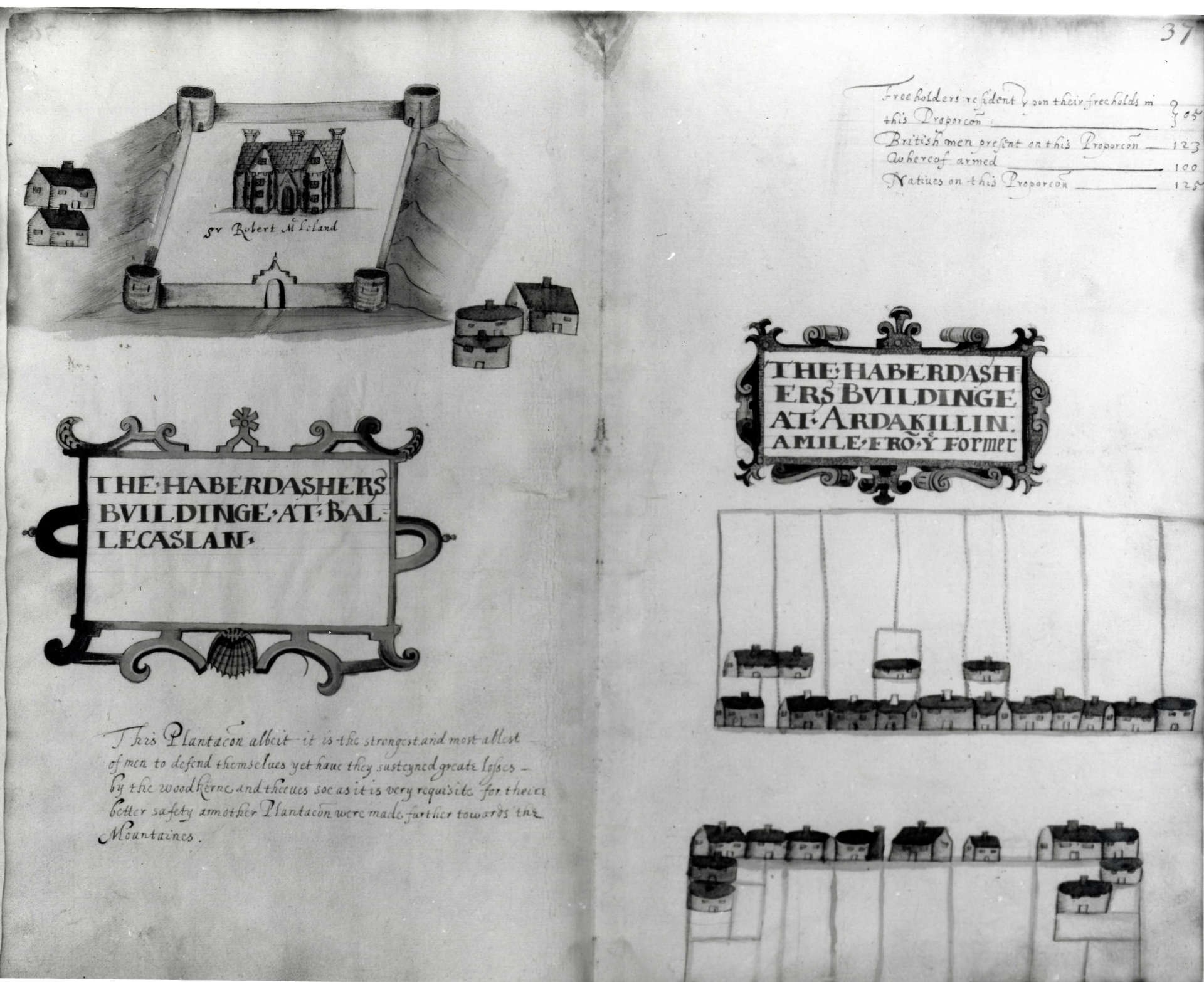 The Laggan forces set about lifting the sieges that had been laid to several areas across the north coast by the Irish armies.

They came firstly to Limavady and liberated Phillips’ castle, before travelling to Aghanloo and on to Magilligan, where Colonel Aubrey claims they killed 300 in lifting the siege there.

The Laganeers had then set a course for Coleraine before they received news that altered their plans.

“They heard that the O’Cahans and McDonnells of Dunluce and Glenarm had joined up and were at the top of the Glenshane heading to Dungiven,” says Stephen.

The Laggan army changed course. Not only had they greater firepower, they also had the advantage of reaching the battlefield first.

Stephen says: “The Laggan army took their cannons up to a place that was like an old hill fort.

“It was a farm owned by Flemmings that was built on a piece of raised ground with a ditch called Gelvin Burn. It acted a bit like a moat.

“They waited for the O’Cahan’s to arrive, and when they did, they were totally and utterly routed.”

The advice given to the O’Cahan army by the McDonnells would ultimately lay the foundations for their crushing defeat.

“Their plan was to do a Highland charge towards cannons and muskets, but it just didn’t go anywhere,” says Stephen.

“Because of the way Flemmings farm was, the ditch acted like a moat to defend the Laggan army. They had chosen their position perfectly the previous night.”

“The cannons fired into their lines and by the time the O’Cahan forces got within range of the Laggan forces, they were decimated.

“Once you see a few boys start to run, they all run. They were chased for two miles back to Dungiven.

“Sometimes the Highland charge is the best way, but not against an army that is dug in, has cannons and a moat in front of them.

“The O’Cahans had the numbers and they could have outflanked them. It could have been a lot different.” 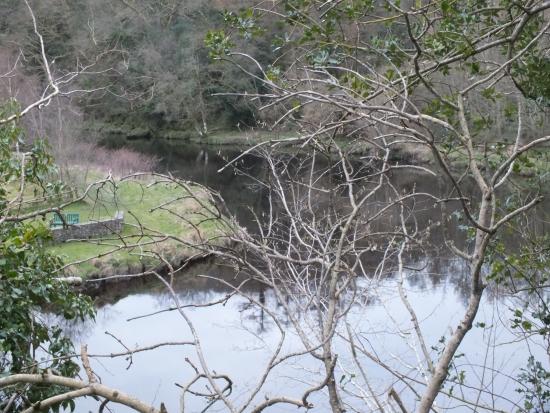 Colonel Aubrey Mervyn had with him professional soldiers in Sir Robert and Sir William Stewart, who would no doubt have helped with their preparation for battle.

Stewart recorded his thoughts on the O’Cahan army, who had prepared for battle by celebrating mass.

He wrote: “That morning the Irish forces had heard a stirring sermon from a friar and mass had been celebrated.

“The insurgent forces were drawn up in very good order, and having the advantage of the sun and wind charged with great fury."

After the Laggan army launched a counter attack, the O’Cahans were chased 2 miles back in the direction of their stronghold in Dungiven, and the pivotal clash was over.

Stephen is of the opinion that, had the O’Cahan clan been victorious, things would have been very different.

“If they hadn’t won at Flemmings Farm, they would have been pushed back and routed like they did to the O’Cahans and it would have set up an East-West frontier.

“There would probably have had to be another plantation, because many of the Planters would have been attacked if they had not been able to escape back to Scotland.

“Going back, that’s the way war was then. Everybody talks about Cromwell, but that was war at the time, all sides did it. It wasn’t strange. If he didn’t do it, it would have been someone else.

“Hearing of the people being spiked on the bridge in Portadown during that rebellion would have put the fear of God in the Laggan army that it might happen to them.

“Maybe the O’Cahan forces wouldn’t have been as vicious as over in Portadown, but they couldn’t take that chance.

The battle, also known as the Brack of Gelvin, is often noted as one of the last stands made by North West Gaelic Ulster since the Plantation and the end of the Nine Years’ War.

“Flemmings Farm changed the outcome of that war,” says Stephen.

“It was to be the last big battle of the O’Cahan clan.”