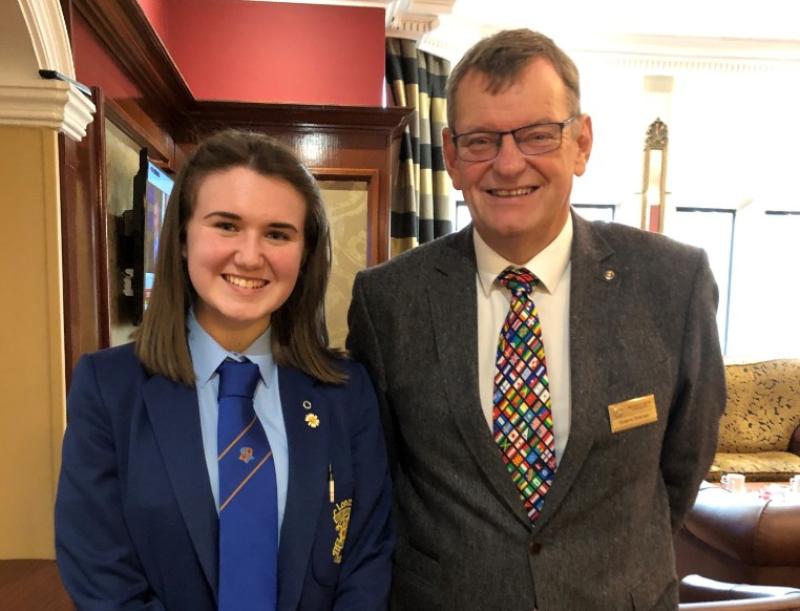 Anna Toner, a Year 13 student from Loreto College, Coleraine, represented the school at the regional heat of the Rotary Youth Leadership Development Award competition last week in Ballymena.
Anna won the local heat of the competition in Coleraine a week earlier; Loreto College was also very impressively represented at this stage by Aron Lestas (also Year 13).
Anna won through as one of three young leaders who will represent the area, among 24 young people from throughout Ireland.
In February, Anna will be part of a group which will spend time in Belfast, Dublin and Strasbourg, visiting Stormont, Dail Eireann and the European Parliament.
In Strasbourg, they will debate a variety of motions at Euroscola at the European Parliament with about 500 other students from all over Europe.
She was congratulated on this wonderful achievement by Mr Michael James, Principal of Loreto College, on behalf of all the staff and students of Loreto.