Concern over floodlights being switched off at County Derry roadworks

A local councillor has urged parents to talk to their children. 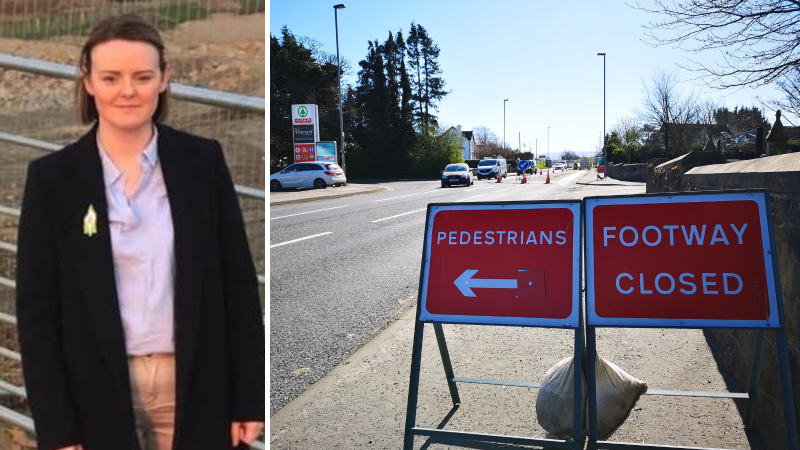 Individuals responsible for turning off floodlights placed at junctions where roadworks are ongoing in Dungiven are endangering the lives of motorists and pedestrians, according to a local councillor.

The lights have been placed at various junctions on the outskirts of the town by SWS, the contractor resonsible for work on the A6 dualling scheme.

However, the lights were switched off on Friday night and remained off all weekend.

Sinn Féin councillor Kathleen McGurk believes those responsible are likely to be young people doing it out of 'mischief'.

“The lights have been placed at junctions such as Tracey's Way at the top of Dungiven, along the footpath and along areas where the road works are in close proximity to the public road,” said Councillor McGurk.

“They have been placed here for safety reasons however it appears that people have taken to turning off the lights as an act of mischief and it is causing a serious safety concern.”

She has now appealed to parents in the area to 'educate their children' on the consequences of their actions.

“The people doing this don’t realise the impact this could have and could cause a fatality.

“There are steep banks at areas where the roadworks are close to the road and with a hanging road layout to accommodate the progress of works, it would be easy for a motorist to misjudge the road and crash through to these banks if it wasn’t well lit up,” she added.

Calls for County Derry roadworks to be 'suspended'

A local representative has said a solution needs to be found.