Legal advice means the handover does not need Ministerial approval. 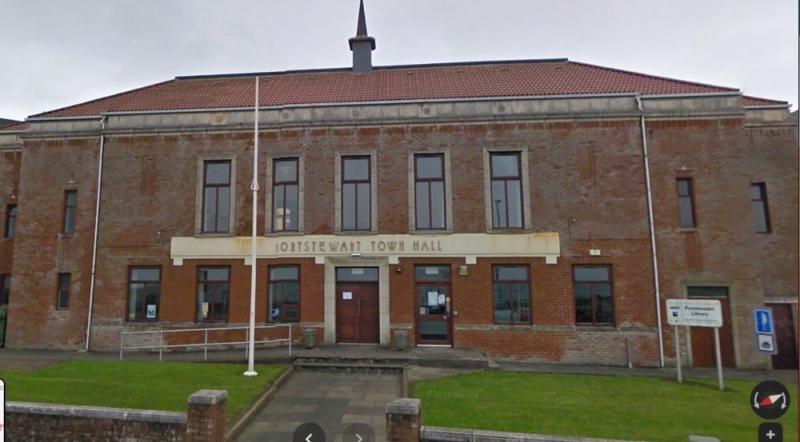 A local council have said Ministerial approval is not required for the handover of a County Derry town hall.

Causeway Coast and Glens Borough Council voted earlier this year to hand control of Portstewart Town Hall back to its original owners - the Montagu Estate - after receiving Notice to Quit in 2019.

Portstewart Community Association (PCA) had called on the Department for Communities to intervene in the handover after a Public Records Office for Northern Ireland (PRONI) document appeared to cast doubt on the hall's ownership arrangements.

Under Section 96 of the Local Government Act (NI) 1972, district councils must seek Ministerial approval for any disposal of land that is not at the best price or for the best rent.

Department for Communities guidance says Section 96 also forms the basis for district councils to provide justification for a project and that the disposal is for the well-being of the district.

However, a spokesperson for the Council said it 'does not consider Section 96 relevant' on this occasion.

"Throughout Council’s long consideration of this matter legal advice confirmed that Council holds no title deeds for the building. The Montague Estate holds title," they said.

" Council’s Legal Team advised Council that the land in question is not registered in the Land Registry.

"Registry of Deeds searches were carried out from the 1930s to present and have no entries relating to the purchase of the Town Hall with a freehold title from the Montague Estate, (the building opened in around 1935).

"Council is aware of the PRONI document, but legal advice obtained and presented to Council advised that PRONI records are not proof of title and are only useful at providing general information.

"It is possible any "purchase price" mentioned may relate to a premium under a long lease. PRONI records also show Montague involvement with the Town Hall into the 1960s.

"Council holds no title to the land and therefore Council does not consider Section 96 relevant as no transfer of land has taken place.

"The possibility of a community asset transfer to the people of Portstewart can only proceed with the agreement of the legal owner of the building, the Montague Estate.

"The community is free to engage with the Montague Estate regarding this matter."

Last week, the Montagu Estate said they were disappointed 'years of neglect' had resulted in the closure of the Town Hall.

"It is disappointing to us that the Town Hall has been allowed to fall into disrepair over so many years of neglect, causing the loss of this amenity to the townspeople of Portstewart that is sincerely felt by all," they said in a statement released by their solicitor.

Local councillor Angela Mulholland confirmed the community had made contact with the Estate.

"We have reached out to the  Montagu estate to try to find  a way to reach a positive resolution," she said.

"We want to rally the community to actively  engage in restoring our town  hall and the other areas that have been left neglected for so long."

The Department for Communities said they have 'sought assurances' from the Council.

"he Department has sought assurances from the Council, which have indicated that Section 96(5) does not apply in the case of Portstewart Town Hall," said a spokesperson.

The group also expressed frustration that meetings were held in private.
ADVERTISEMENT - CONTINUE READING BELOW