A point of order was called by DUP councillors Adrian McQuillan and George Duddy. 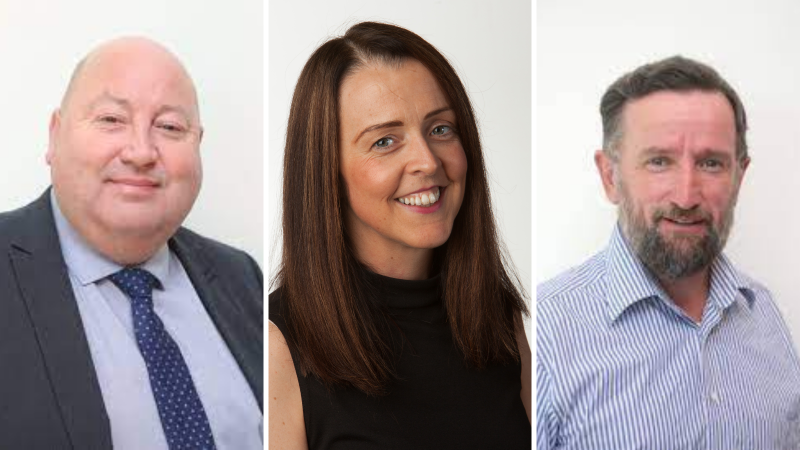 A Sinn Féin councillor has been denied permission to speak in a council debate over a proposed air show for the area in 2022.

Cllr Cara McShane had been responding to comments made by County Derry councillor Adrian McQuillan to her party colleague Cllr Dermot Nicholl.

Cllr Nicholl had outlined his opposition to the proposed air show, referencing the fact it was in honour of the Queen's Platinum Jubilee.

Cllr McQuillan said he would 'not take any lectures' from the Sinn Féin councillor.

“Cllr Nicholl needs to take off his green-tinted glasses and see this for what it is. There is an extra £2.5 million coming into the Borough,” he said.

“It's very simple; it's because the army is involved in it. His party, Sinn Féin, supported the IRA through 40 years of violence.

“The Bogside butcher, the butchers of the Bogside, he led them, and all he could do was shoot and kill our armed forces.

“Now the armed forces are here showing what they can do in other countries, and how they won the so-called war here.

“Sinn Féin couldn't beat them the last time, but they're trying to beat them this time by keeping them out of the area.

“He talks about not his Queen, where does he think he lives? It's a part of the UK and Northern Ireland. I'll be taking no lectures from them regarding the air show.”

“You never lower yourself to debate with a fool, because they only bring you down to your level and beat you with experience, so I'll move on from those previous comments,” she began.

Shortly after Cllr McShane began speaking, Cllr McQuillan called a point of order (18.12) which states members may object to comments they feel to be inaccurate.

“She called me a fool. I feel that's inaccurate and I want an apology for it,” he said.

Cllr McShane began to state remarks had been made by Cllr McQuillan about herself, Cllr Bateson and Cllr Nicholl in the previous statement, but was unable to finish her point.

“Turn her off,” responded Cllr McQuillan.

A further point of order was then called by Cllr McQuillan's DUP colleague Cllr George Duddy.

“18.12 is quite explicit. Whether Cllr McShane wants to admit it or not, calling somebody a fool is not nice,” he told the Committee.

“Cllr McShane is renowned for making comments, should it be ageist or calling someone a fool. She should apologise to Cllr McQuillan and to the general public.

“Cllr McQuillan is entitled to ask for that apology, and if it's not forthcoming, you have to take whatever action you deem necessary.

“It is not acceptable for anybody in this chamber to call anybody a fool. Most definitely not. The member is out of order.

After a tense period of silence, Cllr McShane was asked by Committee Chair John McAuley to retract her remarks.

She indicated she was not willing to do so, and Cllr McAuley moved on to the next speaker without taking Cllr McShane's input.

Discussion on the event prompted heated exchanges during the Leisure and Development Committee.

The exchange occurred as councillors discussed changes to standing orders.