The number of new cases has fallen slightly across the county. 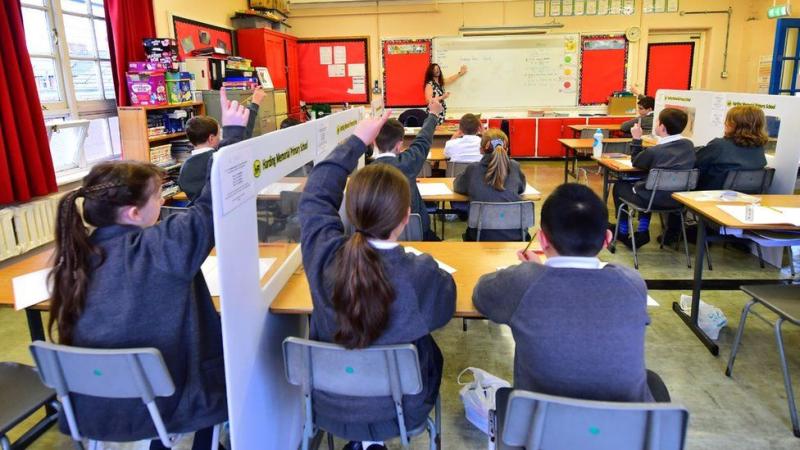 The return of schools in NI has resulted in a large jump in numbers being tested for Covid-19.

There has been a 57.8% increase in the number of Covid tests carried out in the last week in comparison with the previous seven days.

The number of tests completed in the county rose from 10,891 the previous week to 17,187 over the last seven days, but the number of positive results has fallen slightly. 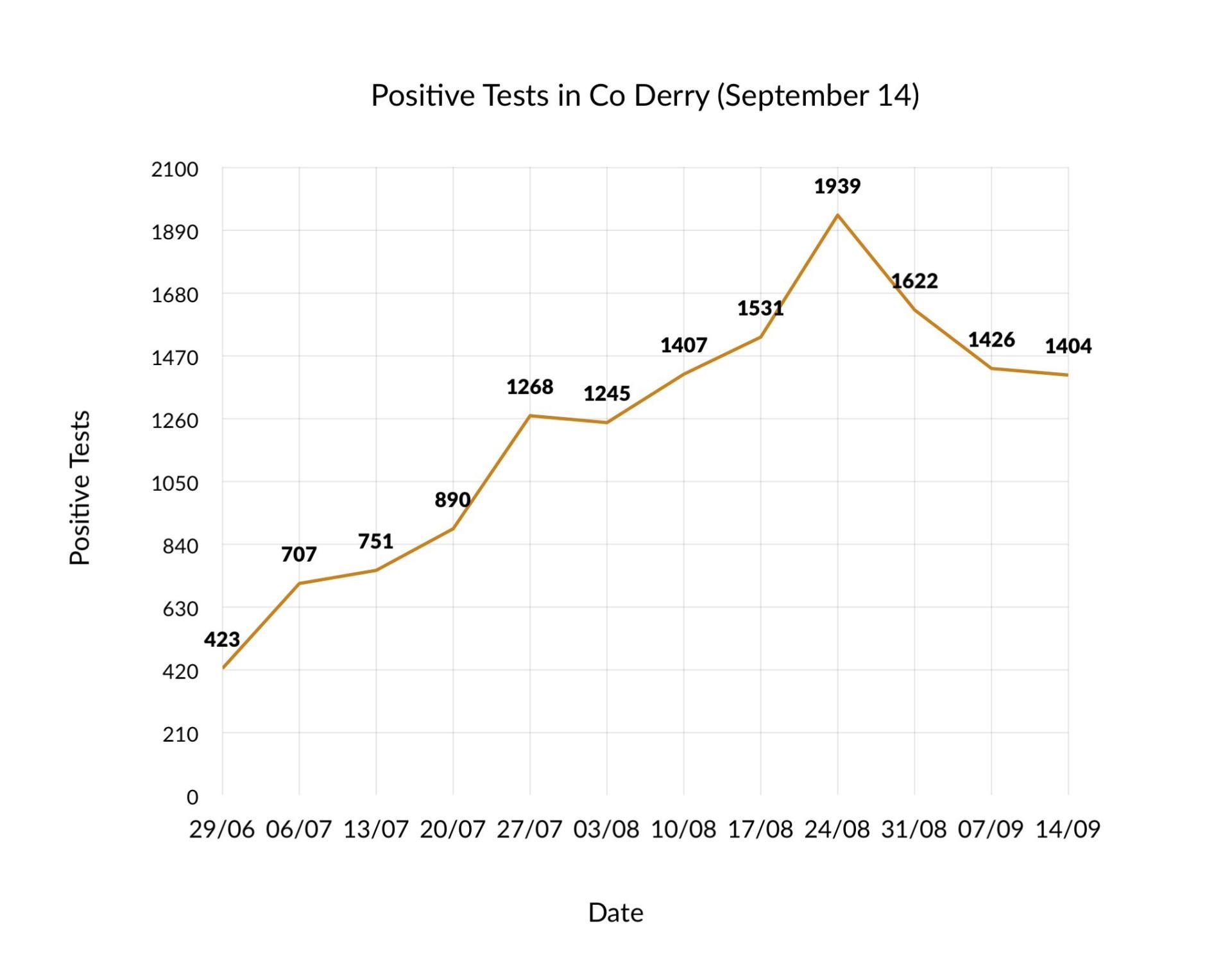 1,404 new cases of the virus were identified in County Derry's postal areas over the last seven days, compared with 1,426 the previous week.

The percentage of people testing positive for the virus has consequently fallen to 8.2%, the lowest figure since June 29.

The rise in numbers being tested for the virus coincides with the return to schools across the county, with close contacts requiring a PCR test. 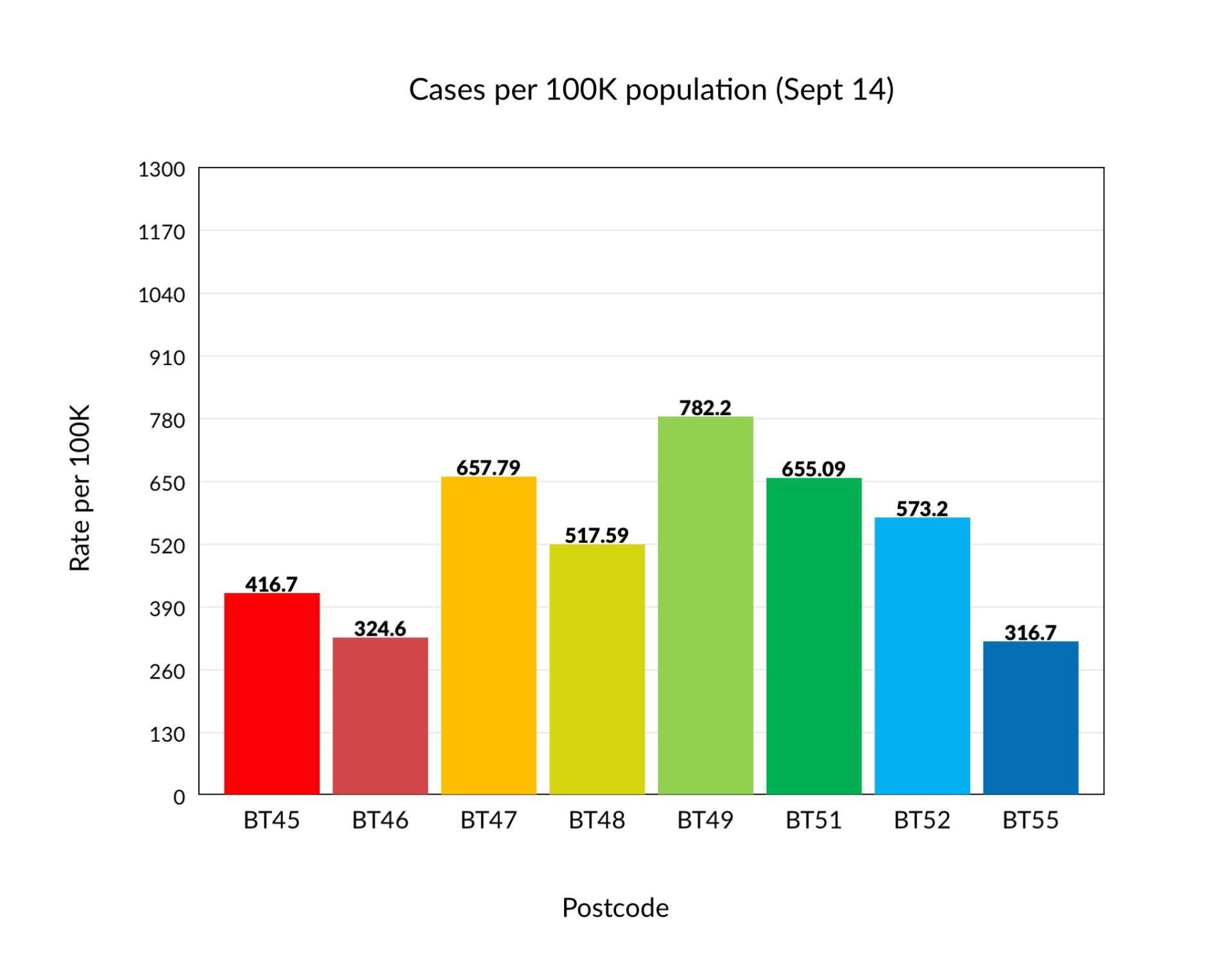 A spike in cases in the Limavady area has seen its rate per 100,000 of population just edge into Northern Ireland's top ten, and is the highest rate in the county at 782.2. 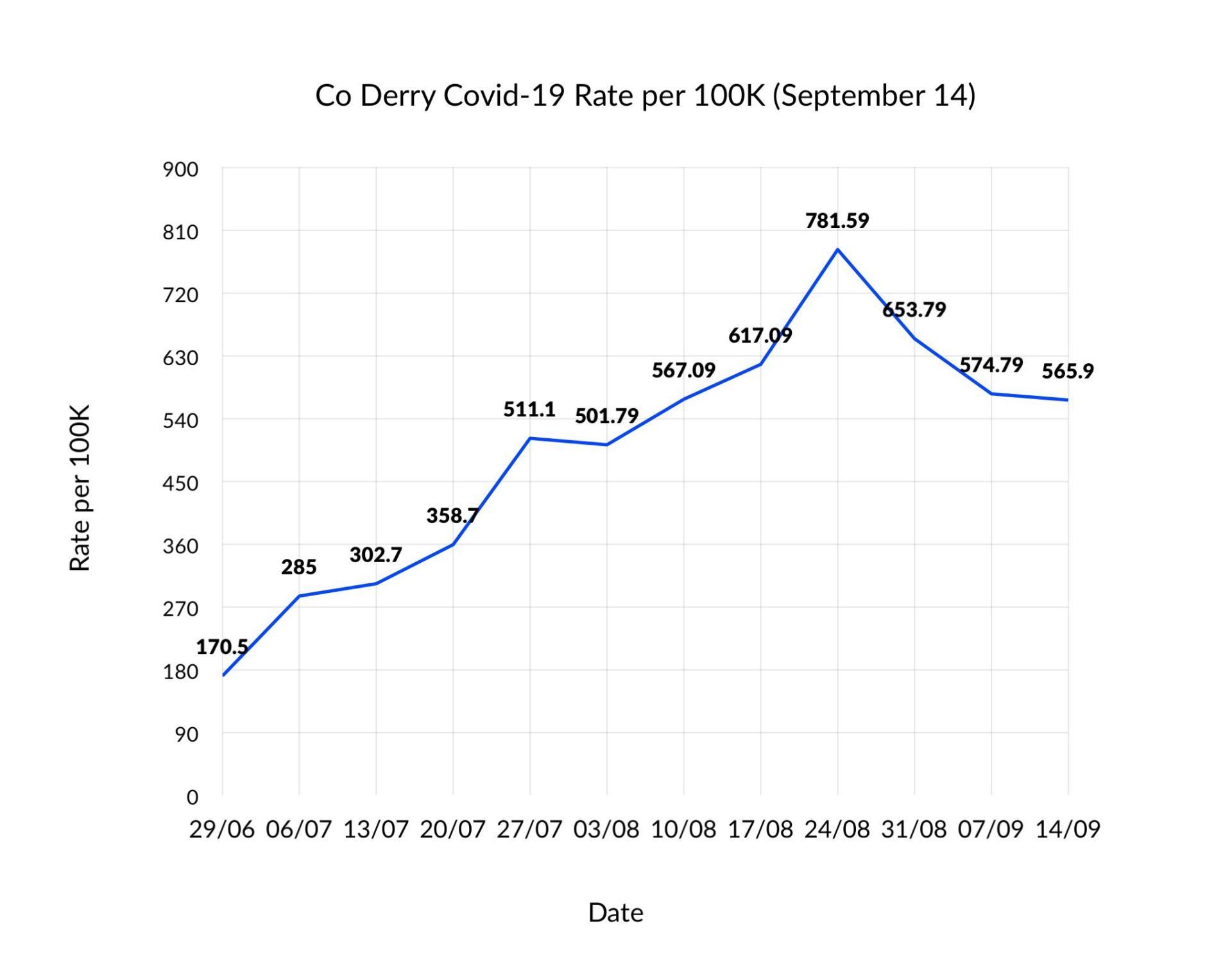 13 Covid-related deaths were recorded in the county's three local government districts last week, with the majority (9) coming in Mid Ulster.

Two people died in both the Derry and Strabane and Causeway Coast and Glens areas.

The number of inpatients being treated for Covid-19 in the area's hospitals also fell last week, from 112 to 100.

25-year-old one of five people at house party, court told