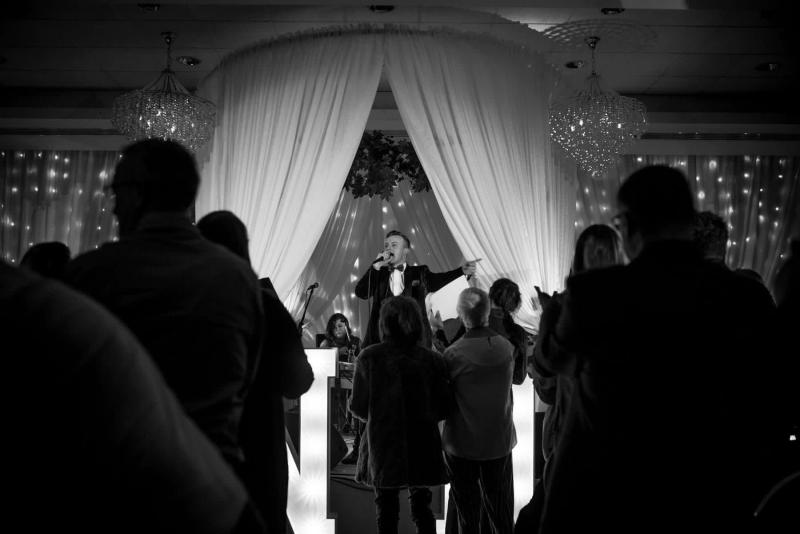 Derry singer, Conor McGinty, became a local star after his appearance on the X Factor in 2016.

Since then, he has released a debut album which reached number one on the iTunes world music chart, performed multiple ticketed shows in his beloved Derry and made an appearance on the Stephen Nolan show and twice on UTV Life with Pamela Ballantine.

The 27-year-old is set to embark on an Irish and UK tour in November called “Celtic Voice” which showcases his amazing talent and is the first stepping stone to his dream to tour America.

Conor said: “I was contacted a few times over lockdown about the idea of taking the two shows I did in the City and Millennium, in November and March, and rebranding them, shaking them up a bit and making them bigger and better and taking it on tour with a bit of backing and the right set up. I jumped at the chance. I want to take my voice to all of Ireland rather than just Derry.

“The way I would describe the show would be imagining a Tommy Flemming, High Kings and Celtic Woman hybrid. The first set of dates are all Northern Ireland and then next year will be the Republic of Ireland with a few in London and Scotland. The aim is to try and get a show touring at a small scale to begin with and then go on to America in three or four years.

“We kick off now in November with full PA, sound man, lights, smoke, backing vocalists, full band set up. I'm really excited.”
Conor did not achieve this dream over night as he spent his late teens working in Boots whilst gigging at night before making four attempts to get aired on the X factor.

Conor explained: “I say it was at the point when I was 19 or 20 and I was gigging three to four nights a week at this stage and also working in Boots Chemist in Foyleside. I was turning up to work in Boots absolutely knackered all the time because I was out so late the nights before with music and to be honest, I was stealing a living in there. I’d say if my manager in Boots could give you a quote on my performance at that time it would be "nil points.” I think I realised then that a normal job just wasn't for me.

“I went on to get paid work with a few supporting roles opening for The Fureys and a few others but I'd say it was the X Factor that brought me to a lot of people’s attention.

“Looking back on it, X Factor was great. It was a great learning experience in terms of the larger scale of the industry. It really gave me so much confidence and motivation moving forward. It came about in a rare sort of way to be fair.

“I applied for X Factor four years in a row before I was ever shown on TV. It was the fourth year that they asked me to audition and I fast tracked straight through to the judge’s round in Dublin with Simon, Sharon, Nicole and Louis. I made it through boot camp and to the last stage of the six-chair challenge.

“Simon was decent, he really liked me and was full of chat off camera as well. Out of them all, I found Sharon Osborne to be great. If my Granny Madeline was alive, she would have said that Sharon was a dote of a woman.

“They broadcast all my auditions on the TV so it was four years worthwhile, it was great exposure.

“My fiancé, Aisling, gives herself all the credit as we had just started going out about a year previous and she thinks she gave me all the confidence. She still says I'm like her other wain. She thinks my Ma and Da did a great job, but she thinks she's still raring me.”

Conor and his fiancé, Aisling Deane, had to postpone their wedding three times due to COVID but are due to tie the knot this month in a ceremony Conor describes as “worth the wait.”

Like many others, COVID also disrupted Conor’s music career as he lost out on the opportunity to perform in an Irish show on Broadway after a producer of the show seen him on UTV life.

Throughout lockdown, Conor took on roles in care homes in the city instead, “The [music] industry came to a complete halt. We managed okay for the first seven or eight months and thankfully I was entitled to support through the SEISS Scheme and the Arts Council. After a while then, I needed to get a job. I was doing online Facebook concerts with a tip jar and I was well supported thankfully with a decent following on Facebook.

“It worked well but people were going through tough times and with a four-year-old at home and another one on the way and with a wedding coming up, I needed something sustainable. A good friend of mine, Kathy McSheffery, told me she thought I'd be a great care worker and gave me an application form. I joined Glen Caring and started on a full-time palliative care double up run with Kathy after I had all my training and NISCC registrations done.

“It was the biggest wakeup call I ever had in my life. Literally like a punch in the face. I was oblivious to the number of families and people in Derry who needed care and support and it was an absolutely privilege to care for the people and families that we did. I still keep in touch with many of the families and even made a few friends. I left Glen Caring and moved to another care company after six months to an Administration and Recruitment role. I worked there up until three months ago and now thankfully I'm back doing what I love, which is music.

“I will never forget that year in care work and it will stay with me for the rest of my life. I take my hat off to anyone that is in care as a profession. They are literally earth angels.”

Conor and Aisling have two children, Dáire, four, and Auráh who is only seven weeks. Conor hopes his children fall in love with music, just like him.

“Listening to music was a big thing for me growing up but not necessarily performing or singing myself. I was very outgoing as a child and then sort of became very quiet in my early teens.

“I grew up with Johnny Mc Evoy, Journey, Paul Brady, U2, Bob Seegar, Aslan and Elvis all being played in our house. My Da has a massively wide variety in his music taste and I think that transferred over to me. My sister, Emma, is a fantastic singer- very Nashville- and my son Dáire is starting to perform in the house as well so I'd say he might follow in the footsteps, you never know. I keep saying to Aisling, I know he's only four, but I think it's time we take him up to Sandra Biddle in the Millennium, she'd love him.”

Like his young family, Conor grew up in Derry and still lives in the city now, “I am a Derry man through and through. I grew up on the Foyle Road in 3 Foyle Park and went to Nazareth House Primary School and then on to St Columbs College and The University of Ulster. I'd say I had a fantastic upbringing and great childhood memories.”

Despite his hopes for his son, Conor did not initially consider music as a career. He was surrounded by music growing up but his dream did not come to focus until his late teens, “I think the earliest memory of music I have is with my Ma and Da on a Saturday night watching Pop Idol and whatever TV talent shows there was at the time. My Da always had Johnny McEvoy on full whack with his bottle of wine after the TV shows were over.

“I was also in the School Choir in Nazareth House and we did UTV Choir of the year and things like that but I was never the stand out singer or one to watch sort of thing. I was more in the background. I think I did one role in the school Christmas play and then never sang again really until I was 17.

“To be honest, the thought of me being a performer full time or as a career only really entered my mind around 16 or 17 when I discovered that I can actually sing, and sing well. People were telling me that I was half decent. It just happened and progressed naturally from there.”

Conor has found his music style and sound and knows the music he wants to create and perform. He said: “Currently I'm focusing on my Irishness and Celtic music is where I'm at. The diaspora around the world of Irish people appeals to me so much and probably due to the music I was exposed to growing up at home. It is why I have so much love for Irish/Celtic music.

“The album I released before COVID hit was all Celtic/Irish songs with a few originals.

“I have such a wide variety of music that I listen to, everything from Pop to American Country, to Jazz and Irish.

“Everybody tells me that the big Irish Ballads is when I'm at my best and thankfully my range in my voice is still expanding all the time so the depth and richness of the songs that I sing are getting better all the time. I’ve been blessed with a gift and you have to use what you have been given.”

Despite his music success, Conor gushes that his wife to be and his family are his greatest achievement. He said: “We met in the Dongloe Bar on Waterloo Street six years and two children later, here we are. To be fair, Aisling was the best thing that ever happened to me.

“She is one of my biggest supports and my biggest critics. Sometimes If I'm practicing a new song she'll pop in the door and say, "why are you squawking like that?” I'm singing her up the aisle in the Longtower in two weeks, hopefully that won't be her reaction.

“Our wee man Dáire just started in Nursey and Auráh is getting on brilliant. She has Daddy around her wee finger already.”

The full list of dates of Conor’s tour, “Celtic Voice,” will be released mid to the end of October.