Lorron Rogers needed 19 pints of blood during an emergency C-section. 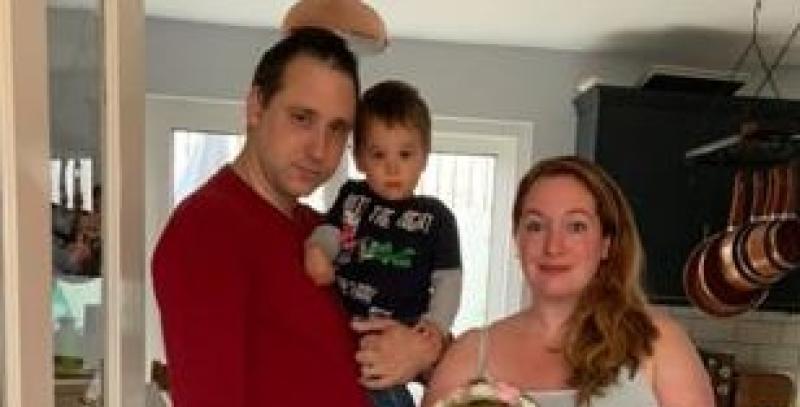 A couple have thanked staff at Altnagelvin Hospital in Derry for their life-saving intervention during an emergency C-section last month.

Lorron and Danny Rogers, from Foreglen in County Derry, wanted to express their thanks for staff at the hospital after the incident, which also saw the couple tragically lose their baby daughter Emilia Rose.

The family had been on holiday in Donegal when Lorron, then 24 weeks pregnant, began to notice some bleeding.

“There was some bleeding, but I'd had bleeding early in the pregnancy, so I thought it was just a bit of spotting,” she said.

“I went into the hospital. I didn't even say goodbye to the kids, I just went straight in thinking it would just be checked out and I'd be alright.

“I said to them I felt I needed to go to the toilet, but when I went in, I couldn't go, and all of a sudden, it was like a switch flipped.

“I went into full blown contractions, basically, and I was rushed into theatre within an hour. They said they were going to have to bring the baby early.

“What happened was my placenta had eaten through my scar from my previous sections with the other children into my bladder.

“My bladder was basically stopping me from bleeding out and dying there and then; it was stemming the flow.

“I've had bladder surgery, surgery on my kidneys, I've had my womb removed. It's been hellish and I lost my daughter in the process.” 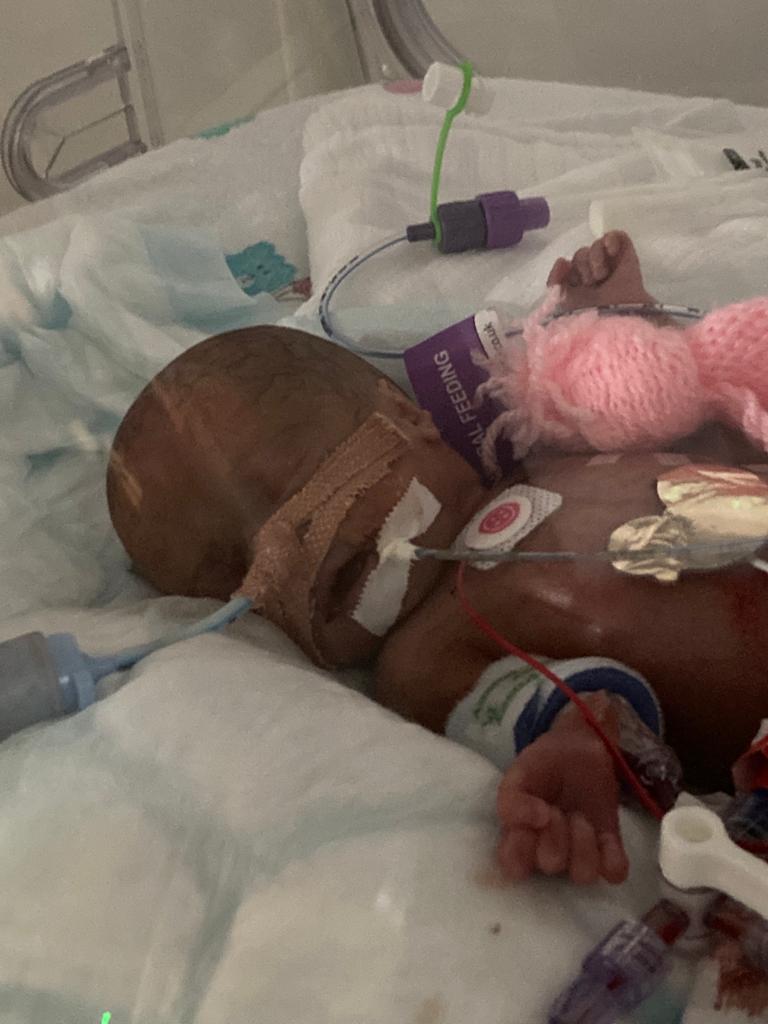 Baby Emilia Rose sadly passed away after her birth.

Lorron needed 19 pints of blood to keep her alive during the surgery, and when she came round in intensive care, the initial news on baby Emilia was positive.

“I was in the ICU and I was getting video calls from Belfast, where they had taken Emilia Rose because it was the best place for her,” she said.

“But then they said to me she'd had a bleed on the brain, and it was severe. They blue-lighted me down to Belfast and I was there for two nights.

“She died in my arms at two days old. I only got ten minutes with her before she died.”

After suffering the heartbreak of losing her baby, and the physical pain of mutliple surgeries, Lorron was struggling, but says hospital staff went above and beyond to ensure her well-being.

“They brought me back to Altnagelvin and people kept coming up that had known me from the surgery, the anaesthetists and different people coming to see if I was alright. They were just wonderful.

“The midwifery staff were amazing. Someone sat with me 24/7 in the room so I wasn't on my own; talking to me.

“One in particular, Joanne, was there holding my hand telling me everything was going to be alright and that I was going to see my kids again.

“They really went to such lengths to make sure I was okay mentally as well as physically. I was in so much pain, it was horrific.” 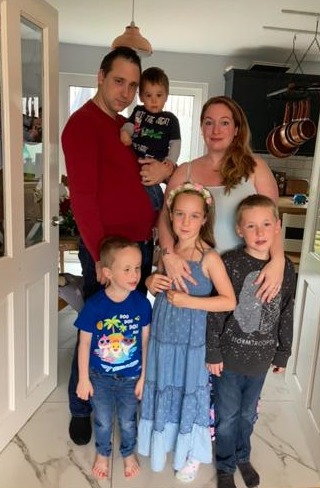 The Rogers family highlighted the work of the blood transfusion service after Lorron required 19 pints of blood during her operations.

Throughout the ordeal, Lorron's thoughts were with her husband Danny and their children Jason (8), Alissa (7), Joshua (4) and Jaxon (2).

“I hadn't said goodbye to my kids before I went in and I was kicking myself thinking 'what if I don't come out?” she said.

“That was worrying me and I was just glad to come out the other side. At that point Emilia was okay, but then she started deteriorating, so I had a bit of survivors' guilt.

“After the surgery, you get a lot of trapped wind, and it feels like foetal movement, so that really messes with your head.

“I said it to the nurses and they were just so, so good, so I wanted to do a thank you to them because they deserve it. They were incredible.”

The 34-year-old also praised the local community in Foreglen for supporting the family in a quiet, dignified way.

Money was raised to help the family while Danny is off caring for Lorron, and the whole community have rallied around them.

“The community in Foreglen have also been amazing. When I was in hospital they worried about me, because I used to work in the shop and I know everybody.

“They all put a community appeal in to help Danny while he's off work, and they raised money to help us out.

“We've only been here five years, and we've been accepted like one of their own. Everyone has been amazing.”

While the couple's youngest two children are too young to fully comprehend what happened, their eldest two were able to spend some time with their baby sister before she was cremated.

Lorron says it was important they got a chance to hold Emilia Rose and have some input into her funeral.

“The older two know what's going on and they've been so strong. They did a little reading at her funeral and they've had a cry,” she said.

“They went in to see her before she was cremated, because it was the only chance they were ever going to get to see her.